Family of musician Chris Cornell disputes he killed himself 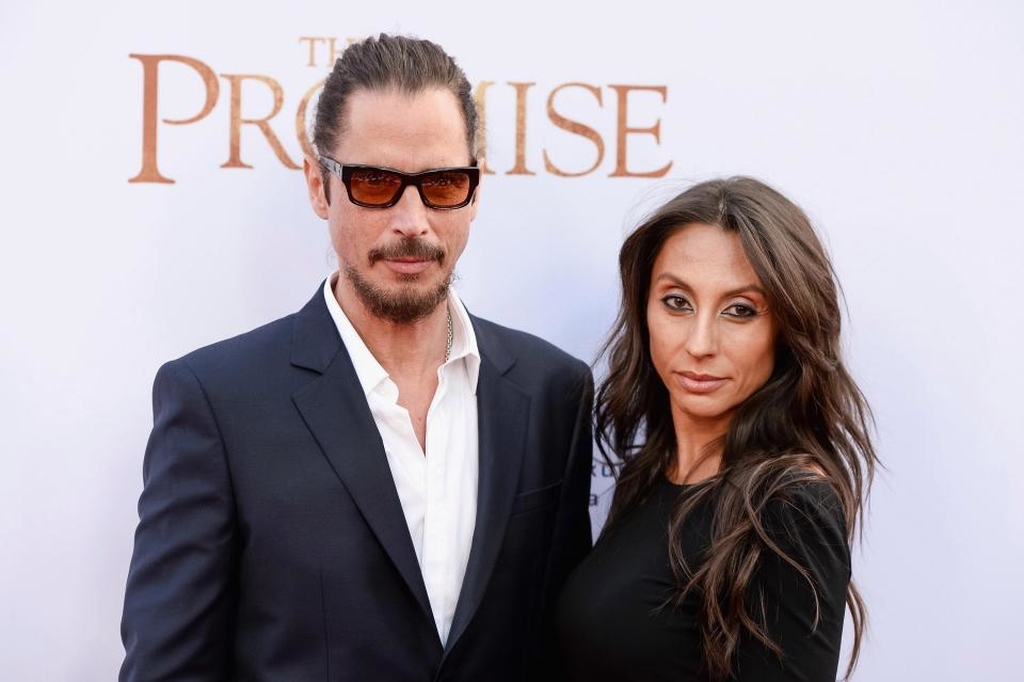 Rock musician Chris Cornell's wife on Friday disputed "inferences" that the rocker killed himself in a Detroit hotel room, saying he may have taken more of an anti-anxiety drug than he was prescribed.

The Wayne County Medical Examiner's Office said Cornell — the lead singer in Soundgarden and Audioslave — hanged himself after performing at a concert Wednesday night. But Cornell's family said that without toxicology test results completed they don't know what caused his death.

Vicky Cornell, Cornell's wife, said that when she spoke to her husband after the Detroit show, he told her he may have taken "an extra Ativan or two." According to lawyer Kirk Pasich, the 52-year-old musician had a prescription for the anti-anxiety drug. Ativan, a sedative, has side effects that can include drowsiness and dizziness, according to the National Institutes of Health.

"Without the results of toxicology tests, we do not know what was going on with Chris — or if any substances contributed to his demise," Pasich said in a statement released to The Associated Press. "Chris, a recovering addict, had a prescription for Ativan and may have taken more Ativan than recommended dosages.

"The family believes that if Chris took his life, he did not know what he was doing and that drugs or other substances may have affected his actions."

Cornell has battled addiction problems in the past. He told Rolling Stone in a 1994 interview that he started using drugs at age 13, and was kicked out of school at 15.

"All the friends that I had were still (messed) up with drugs and were people that I didn't really have anything in common with."

Vicky Cornell said her husband slurred his words when she spoke with him after the Detroit show. She said "he was different," and she contacted security to check on him.

"What happened is inexplicable, and I am hopeful that further medical reports will provide additional details," she said. "I know that he loved our children and he would not hurt them by intentionally taking his own life."

The Wayne County Medical Examiner's Office said Thursday it completed the preliminary autopsy on Cornell, but that "a full autopsy report has not yet been completed."

Cornell was a leader of the grunge movement with Seattle-based Soundgarden — with whom he gained critical and commercial acclaim. He also found success outside the band with other projects, including Audioslave, Temple of the Dog, and solo albums. Soundgarden's current tour kicked off in late April and was planned to run through May 27.

Grief-stricken fans left flowers at memorials across Seattle on Thursday for the musician whose forceful, sombre songs helped cement the city's place in rock history.

One of the locations where people gathered was the Sound Garden art sculpture at a Seattle park, for which Soundgarden was named.
"It's really sad that he could never find peace in his life," said Chad White, who came to the art display with his young son, Ignatius, to honour Cornell.

The city's Space Needle went dark at 9 p.m. for an hour in tribute to Cornell.

Cornell was born and raised in the city and was part of a close-knit group of artists who formed the foundation of what would become the grunge scene that exploded in the early 1990s, by combining the bombast of early 1970s heavy metal with the aggression and attitude of punk rock.