Faris: No truth to fraud claims in AG’s office 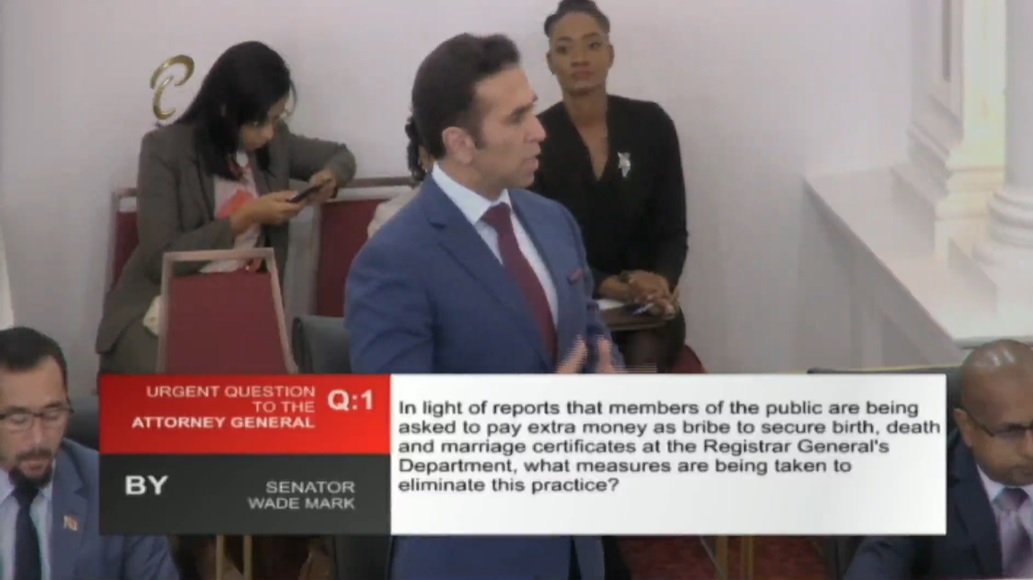 Attorney General Faris Al Rawi is rubbishing claims that members of the public are being forced to bribe employees at his office in order to get certain documents processed.

Raising the claim as an urgent question in today’s sitting, Opposition Senator Wade Mark asked the AG whether he was taking any action.

Al Rawi related a few measures he intends to take.

“Madame President, I can state with certainty that having been left a broken, splintered, unattended system by the previous government, the need to provide a solution by way of electronic payments and process flow was immediate upon this Attorney General. That solution will be in a matter of days applied so that unscrupulous practices of bribery et cetera, can stop,” he explained.

Senator Khadijah Ameen further questioned the AG on his certainty in the matter. Al Rawi explained the difficulty that would be attached to someone’s attempt to commit fraud in the office.

“We have monitoring systems, cameras, we have people on the outside, we in fact, have over the last year brought people before the courts in relation to unscrupulous practices,” he added.

Tears in Senate; Faris reflects on Senator who used weed for cancer

Faris: Where do we draw the line on 1% claims?