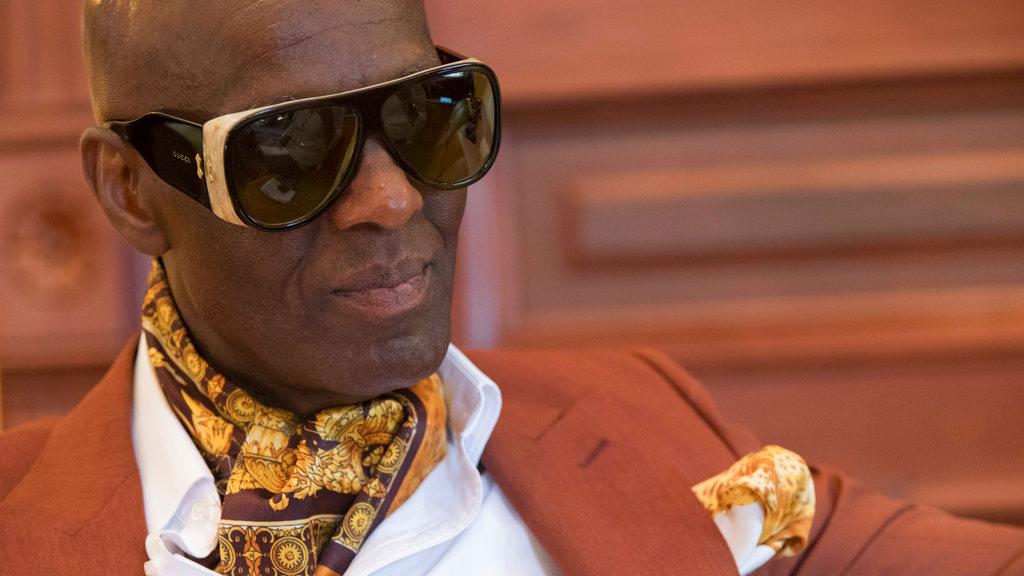 In this Thursday, July 19, 2018 photo, designer Dapper Dan is seen during an interview at his atelier in the Harlem neighborhood of New York. (AP Photo/Mary Altaffer)

Now the fashion groundbreaker, who spent more than two decades out of the public eye, is back.

He's got a partnership with Gucci and the likes of Beyonce among those wearing his designs, like the logoed jacket that is part of her costumes in her current tour with her husband, Jay-Z.

It's a situation that Dapper Dan calls "amazing" and that observers say is a reflection of how hip-hop and street style have influenced global fashion, with him among the innovators.

The couturier, whose real name is Daniel Day, now has a new Gucci-sponsored workshop in a Harlem brownstone, not far from the now-closed 125th Street boutique that once clothed Salt-N-Pepa, Eric B. & Rakim and LL Cool J.

His operation now is a different one from the 24-hour-per-day shop that turned out custom-made jackets for those early rap superstars, but Dapper Dan said some things haven't changed.

As a young man with a reputation for sharp dressing, "my first intention was to transform myself through clothes," he said. "I took that same concept in opening up a store, transforming people. When Gucci came along, I saw the opportunity to do this element of transformation on a larger scale."

Dapper Dan's outfits in the 1980s were original designs embossed with designer logos from Gucci, Fendi and Louis Vuitton among others — without the brands' permission. 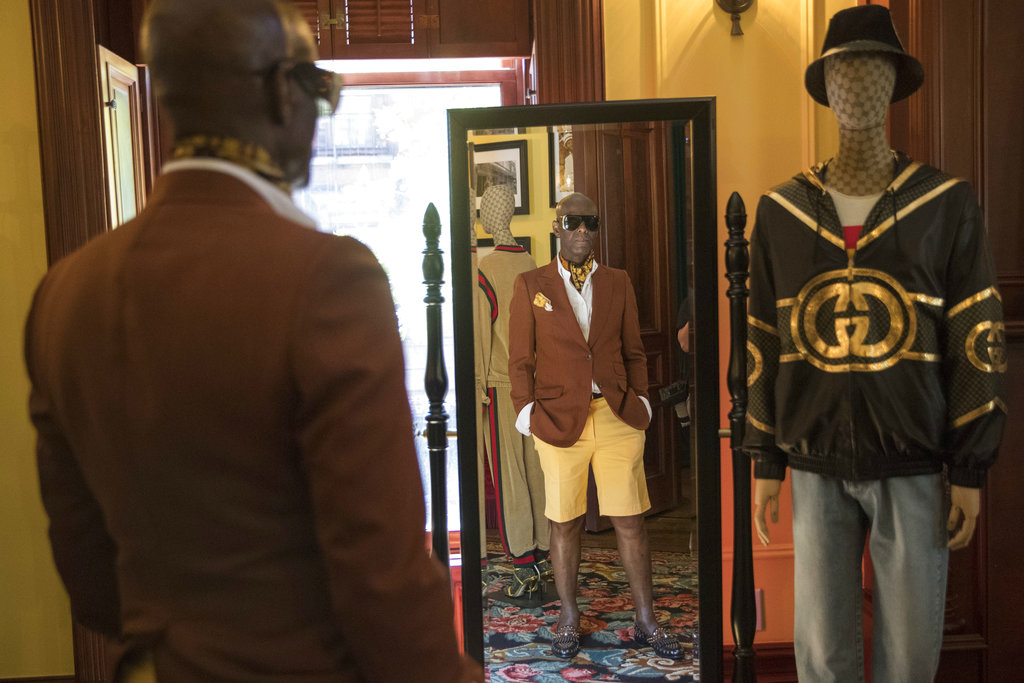 He saw the pull of luxury and brand names and came up with the idea of putting the logos people coveted from bags and luggage on clothes to be worn.

"None of the big brands were making coats and jackets. That wasn't available," Dapper Dan said. That "left the whole field open for me."

His logo-draped fabrics also were used in everything from suits to car interiors, in styles and silhouettes that the labels themselves weren't even doing.

"This is kind of the story of hip-hop," said Erik Nielson, an associate professor at the University of Richmond, in Richmond, Virginia, who teaches African-American pop culture. "Dapper Dan took something that was there. He arguably made it better. ... He showed the brands all these possibilities it's clear they had never really considered."

Dapper Dan insists what he was doing wasn't a knock-off. He wasn't like the people who were making counterfeit bags and belts. His creations were "knock-ups," he said.

"I was creating things that when somebody wore it, they knew, 'Oh, no, Gucci doesn't even make pants and jackets and overcoats and things,'" at least not the way he was doing it.

By the late 1980s, when his clients also included Mike Tyson, who got into a fight with another fighter at Dapper Dan's store, the brands had started to bring their power to bear against him. There were legal orders and raids, including one by Fendi, whose lawyer for anti-counterfeiting efforts was Sonia Sotomayor, now on the U.S. Supreme Court.

After his store closed in 1992 because of the legal pressures, he said, he went "underground," with private clients including Floyd Mayweather.

The Gucci partnership came about after Gucci's creative director, Alessandro Michele, put on the runway in May 2017 a jacket that was strikingly reminiscent of one Dapper Dan created in the 1980s using another brand's logo.

The move prompted social media furore from those who demanded credit go to Dapper Dan and critiqued the fashion house for celebrating a look its original designer had been chastised for creating.

Gucci said the jacket was an homage.

But then it went a step further and reached out to Dapper Dan to see whether he would work with the brand officially.

The Gucci-Dapper Dan collection launched in mid-July, available in Gucci stores and online. It's inspired by Dapper Dan's work from the 1980s and includes track suits and jackets that echo pieces he made then with price points going as high as several thousand dollars.