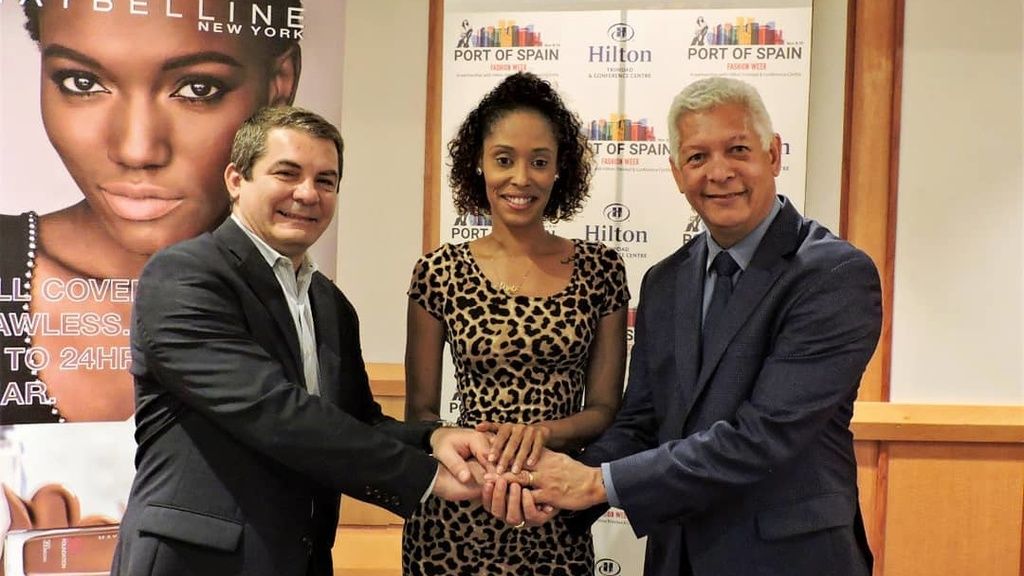 Fashion Week is returning to Port-of-Spain.

The new edition will be hosted through a joint collaboration between Hilton Trinidad, Media Promotions and Public Relations Manager Crystal Cunningham and Jamaican company Intuit Concepts, the parent company of Carnival Glam Hub.

Speaking at the launch of the event on Monday, Cunningham said the aim is to make Port-of-Spain Fashion Week the main fashion event of Trinidad and Tobago and an iconic event like Paris and New York Fashion Weeks.

She said the aim is to revive Fashion Week and while there are new faces involved, some of those who have done it before will be lending their expertise.

Asked why a Jamaican company was involved, Cunningham explained that Carnival Glam Hub is planning to enter the Trinidad market next year for Carnival 2020 and sees this event as a good way to introduce themselves to T&T.

Olivier Maumiere, General Manager of Hilton said partnering for this event is in keeping with their mission to pay homage to their legacy and embrace the community.

He said the Fashion Week events, which will be held at Hilton Trinidad, will also offer their majority foreign visitors who come for business, exposure to the culture.

He said Hilton Trinidad has been making efforts to embrace local culture more with the establishment of Chocolate shop on the compound and offering food with more local flavours.

Also in attendance at the launch was Port-of-Spain Mayor Joel Martinez who said he was pleased the event is being held in his city.

“The ability to rebuild something is quite tedious, not only are there aspects of an old model you have to replicate but you are expected to surpass the old model to produce something which exceeds expectations. Yes, you have your work cut out,” he warned the organisers, expressing faith in their talents to pull off the event.

Martinez said Port-of-Spain has a certain level of dynamism and is set to excite visitors.

“As Mayor of the capital city I am working with stakeholders to change the dynamic of Port-of-Spain. You would have realised in recent conversations you are hearing about China Town and what it would look like and how it would impact the city,” he said, noting all concerns are being dealt with.

Citing the refurbishment of two of the Magnificent Seven buildings around the Queen’s Park Savannah, Martinez noted that parks and squares are also being refurbished.

“Fashion is about displaying beauty, displaying it in a proper way, ensuring that it brings out confidence in people and we want our city to also be fashionable,” he said.

Fashion Week will start on November 8 and run for three nights. The opening night will be followed by a showcase of Resort Wear and an after-party on the second night, while the final day will see the event close with a fashion pop up shop and high fashion showcase.

As a precursor to the event, there will be a monthly fashion lunch at Hilton where designers will be able to showcase their work. The lunches will run until the next Fashion Week in 2020.

Cunningham said there might be designers from around the region with the Barbados Tourism Authority expressing interest in the event.

Maybelline and Garnier will be the official makeup and hair sponsors of the event.