Fay, Kyle and Laura listed as some of the tropical storms for 2018-20

No, these aren't the names of old friends of ours, they're just a handful of the names of upcoming Atlantic tropical storms set to hit between the rest of 2018 through 2020.

Ever wondered how tropical storms got their names? Well, they weren't exactly named after someone's tempestuous ex. Instead, Atlantic tropical storms are given their names based on pre-set lists from the National Hurricane Center (lists that originated in 1953) and are maintained and updated through a strict procedure by an international committee of the World Meteorological Organization (WMO). 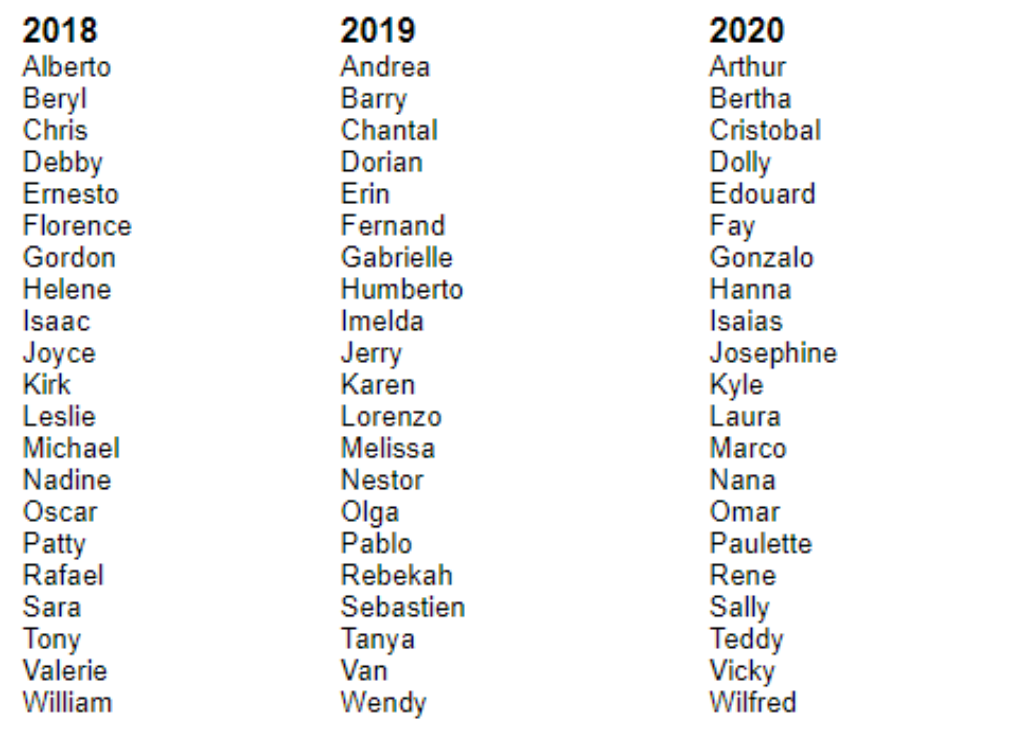 These lists used in rotation and re-cycled every six years, so for example, the 2018 list will be used again in 2024. The only time that there is a change in the list is if a storm is so deadly or costly that the future use of its name on a different storm would be inappropriate for reasons of sensitivity. If that occurs, then at an annual meeting by the WMO committee the name is taken off the list and another name is selected to replace it.

In the event that more than twenty-one named tropical cyclones occur in the Atlantic basin in a season, additional storms will take names from the Greek alphabet.

So why exactly are short, simple names used? According to the National Hurricane Center, it has been noted that the use of short, distinctive names in written as well as spoken communications is quicker and less subject to error than the older, more cumbersome latitude-longitude identification methods. These advantages are especially important in exchanging detailed storm information between hundreds of widely scattered stations, coastal bases, and ships at sea.

It also significantly reduces confusion when two or more tropical storms occur at the same time. For example, one hurricane can be moving slowly westward in the Gulf of Mexico, while at exactly the same time another hurricane can be moving rapidly northward along the Atlantic coast. In the past, confusion and false rumors have arisen when storm advisories broadcast from radio stations were mistaken for warnings concerning an entirely different storm located hundreds of miles away. 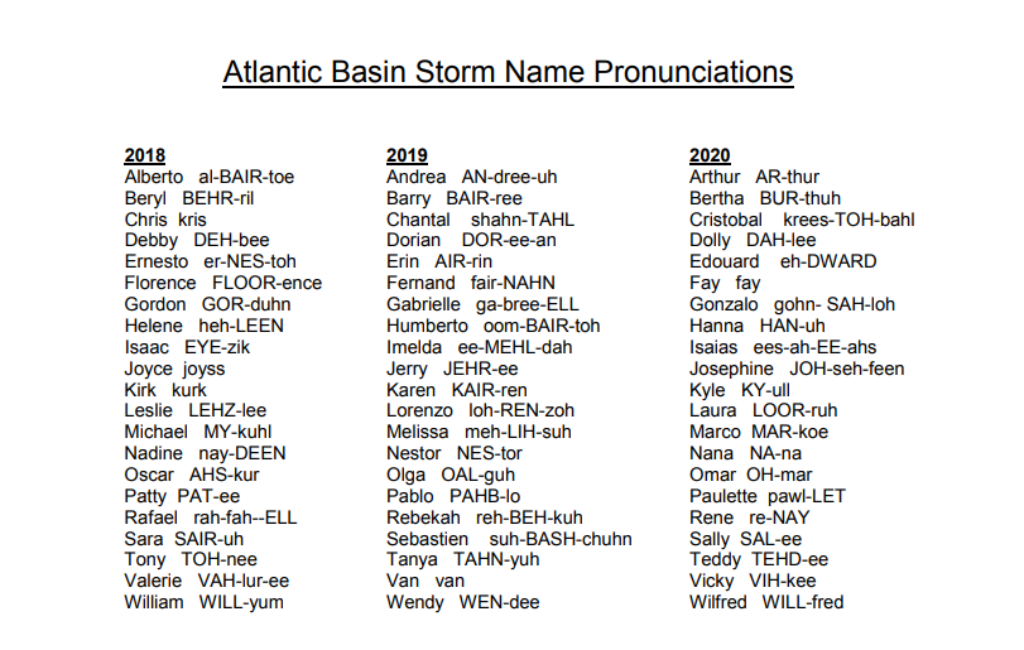