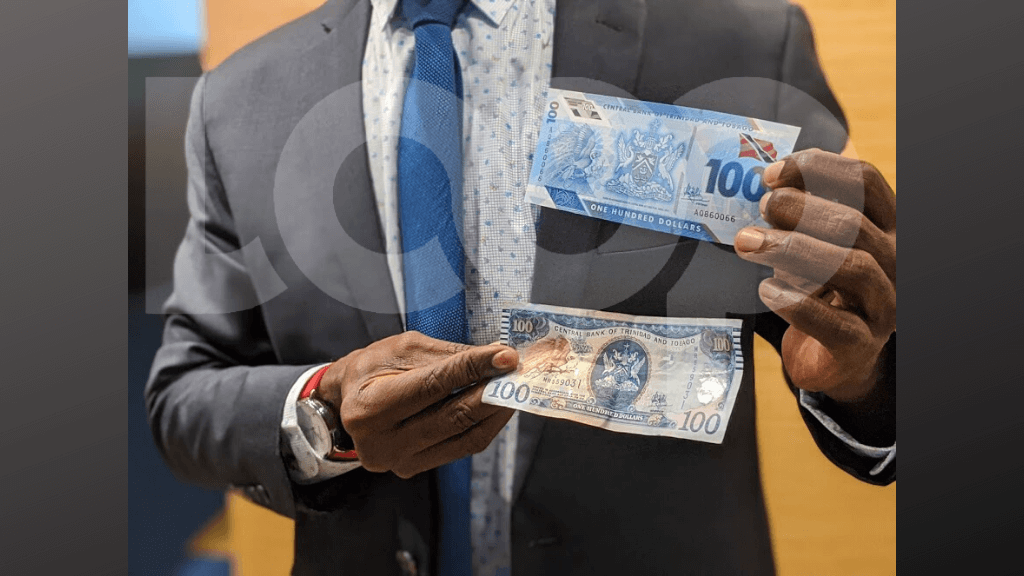 FCB CEO Karen Darbasie told Loop News that up to Wednesday morning, four branch ATMs had been programmed and uploaded with the new polymer bills and the work is continuing throughout this week.

“As of this morning, four branch ATMs are up and running with the new notes and other ATMs should have the new bills later this week,” she said.

The four branches which were outfitted with the new polymer notes so far are the Point Fortin, Sangre Grande, Park Street and Independence Square branches.

Reports were received that crowds of people swarmed the Independence Square, Port of Spain branch on Wednesday, trying to exchange their old $100 bills for the new polymer bills, forcing security to temporarily close the doors.

Darbasie said she had not received such reports but said if the number of persons exceeded the building’s threshold capacity then safety measures would be taken.

“There are fire regulations as to how many people can be in one room at a time, so if this number was exceeded then the relevant safety protocols would have been taken,” she said.

With regard to businesses seeking to deposit their takings on the December 31 deadline, she said that the bank does have a night deposit facility available to customers.

The Minister of Finance may also further extend the date in any case that he considers appropriate to do so.

Meanwhile, Republic Bank Limited said it will be extending opening hours as follows to accommodate customers wishing to exchange their old bills for new: