Federer and Serena cruise into 3rd round at Wimbledon 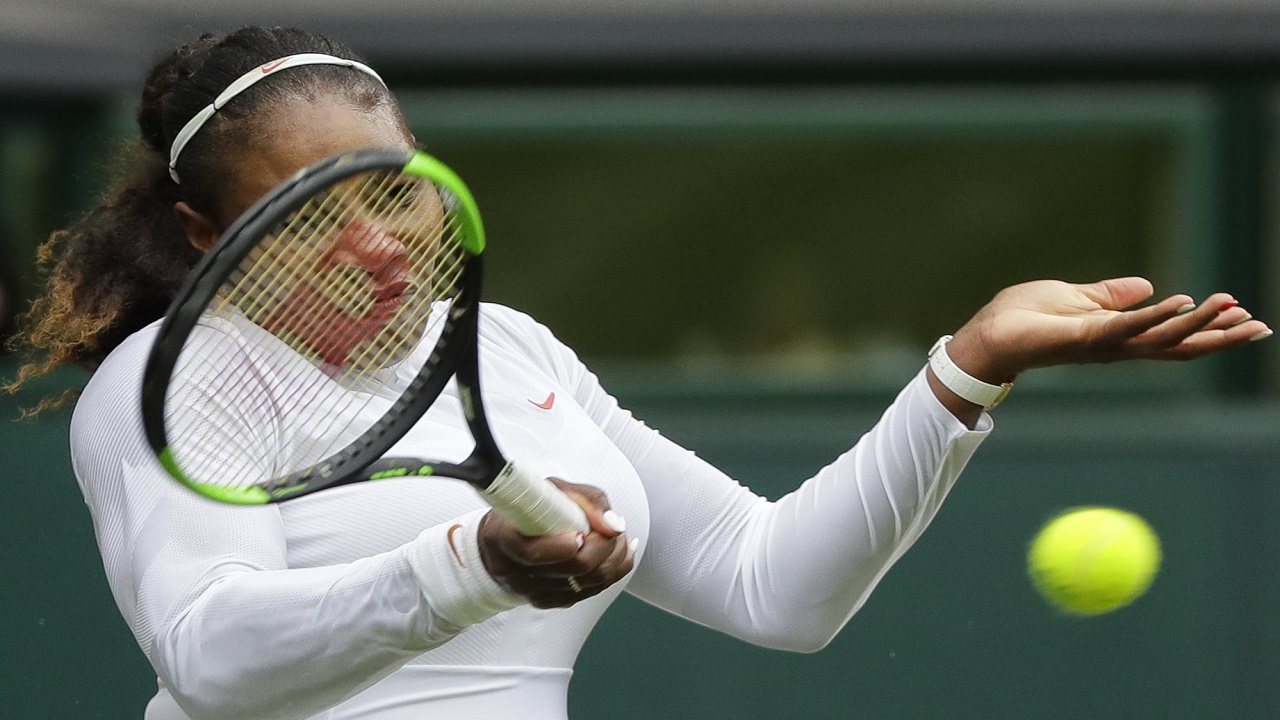 Serena Williams of the United States returns the ball to Bulgaria's Viktoriya Tomova during their women's singles match, on the third day of the Wimbledon Tennis Championships in London, Wednesday July 4, 2018. (AP Photo/Kirsty Wigglesworth).

Roger Federer and Serena Williams are making it look easy at Wimbledon — again.

Federer and Williams cruised into the third round with straight-sets victories on Wednesday, looking at home on the Centre Court where they have won 15 titles between them.

However, Wozniacki still can't seem to get comfortable at the All England Club — especially when there's a swarm of bugs flying around her head.

The Australian Open champion went out before the third round for the fourth time in seven years, losing 6-4, 1-6, 7-5 to Ekaterina Makarova of Russia after complaining to the chair umpire about the insects that invaded No. 1 court during the second set.

No such problems for Federer, who won 35 straight points on his serve on route to beating Lukas Lacko of Slovakia 6-4, 6-4, 6-1.

After serving out for the first set, Federer didn't drop a single point on his serve in the second and kept that streak going until he was 30-0 up at 4-1 in the third — when Lacko finally sent a backhand winner down the line.

It was another dominant display by the eight-time champion, who lost just nine of 61 points on his serve in total and broke Lacko five times, including with a forehand winner to close out the match.

"On certain days it goes better than others," Federer said. "Sometimes your serve matches up better against certain players."

Williams was nearly as good, losing just five of 32 points on her first serve in a 6-1, 6-4 win over Viktoriya Tomova. It was her 16th straight victory at Wimbledon, although she missed last year's tournament while pregnant.

Wozniacki is still waiting to get past the round of 16 for the first time, despite fighting back from 5-1 down in the third set and saving four match points at 5-3. But she was broken again in the final game, becoming the fifth of the top eight women's seeds to lose before the third round.

Five-time champion Venus Williams did better with her comeback attempt. The No. 9 seed, at 38 the oldest woman in the draw, came back to beat 141st-ranked qualifier Alexandra Dulgheru of Romania 4-6, 6-0, 6-1 after dropping the first set for a second straight match.

In the first round, she started by conceding a tiebreaker against 58th-ranked Johanna Larsson before taking 12 of the last 15 games.

In the men's draw, 13th-seeded Milos Raonic and No. 11 Sam Querrey also advanced in straight sets.

Federer eases into 3rd round at Wimbledon

Kvitova out, Muguruza and Halep through at Wimbledon