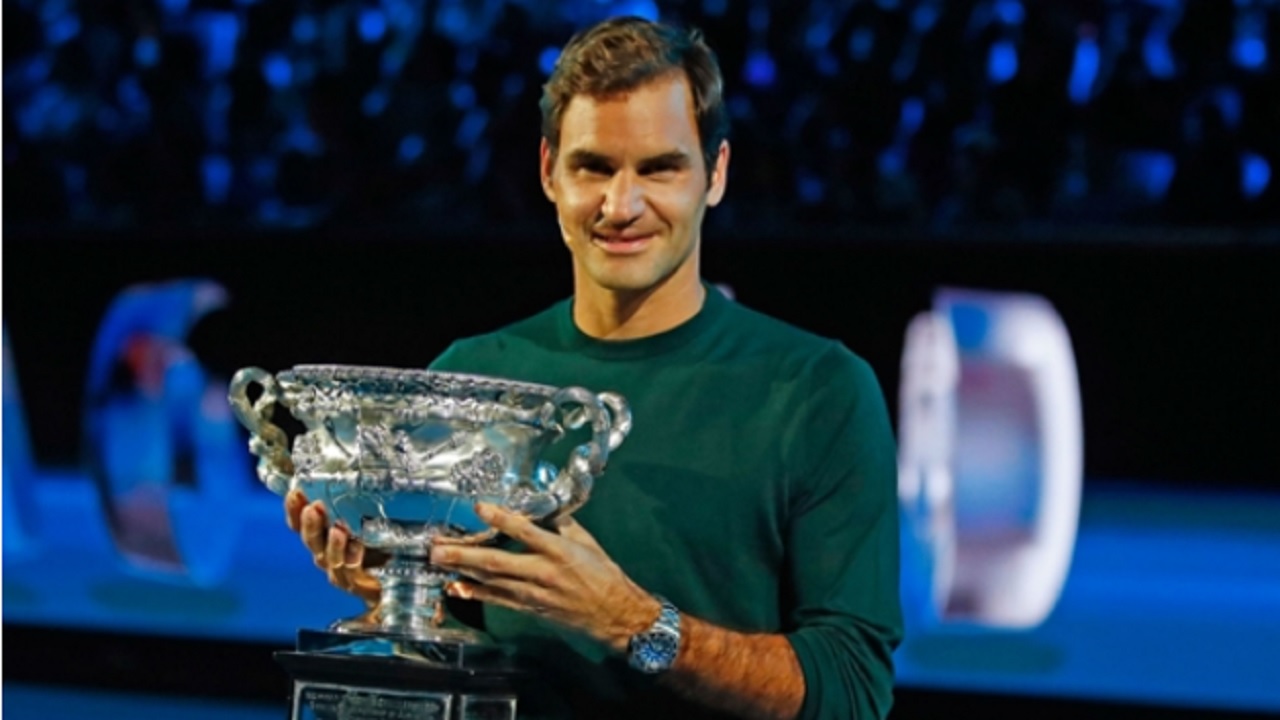 Roger Federer at the draw for the Australian Open.

Roger Federer is fully prepared for the expectations that will accompany him at the Australian Open, as the 36-year-old prepares to defend his title.

The evergreen Swiss was a popular but unlikely winner upon his return from injury when he defeated Rafael Nadal in last year's final to claim his 18th grand slam title, before going on to triumph at Wimbledon in July.

In the absence of Andy Murray and with Nadal, Novak Djokovic and Stan Wawrinka all struggling to prove their fitness, the veteran title-holder has arrived at this year's tournament as the favourite.

Federer, though, is intimately familiar with the pressure weighing down on a defending champion and will take a typically philosophical approach to his campaign at Melbourne Park.

"I think it's normal because there's a lot of expectations this year," he was quoted as saying by the Australian Open website.

"Everybody thinks I probably have a good chance to maybe repeat and other guys are maybe a bit hurt.

"All these things all play into it but at the end of the day I've been in this position thankfully many times before.

"Defending a title the very first time is the hard part… if you don't win, it's all dramatic but later on in life you take it as it comes, try your best and if it works out, great but if it doesn't, it just doesn't."

Australian hopes will rest largely on the shoulders of 17th seed Nick Kyrgios, who won the Brisbane International on Sunday but has struggled with his temperament and openly admitted to lacking dedication in recent years.

"I know he's got a bit of a mixed image for some people.

"I think he's incredibly talented - we had a great match in Miami last year and also at the Laver Cup.

"He's a great guy - he's going through the things, whatever he needs to go through. But when he's on, he's on, and he's really difficult to beat."

Federer will face world number 51 Aljaz Bedene in the opening round, while Kyrgios goes up against Brazilian Rogerio Dutra Silva.

Australian Open: Federer on track as rivals struggle for fitness