Felicity Huffman, 12 other parents to plead guilty in college scheme 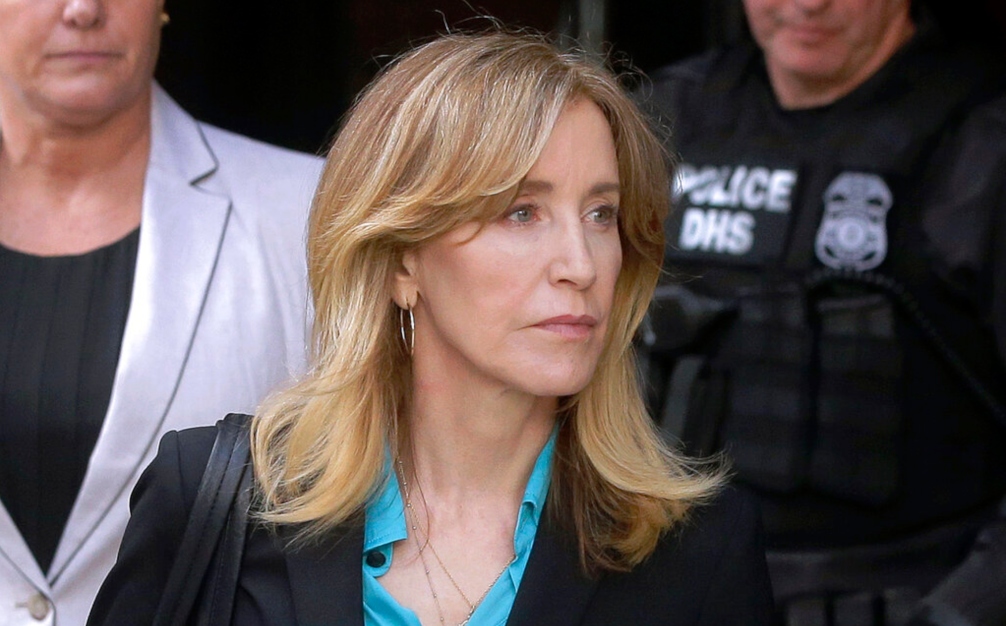 "Desperate Housewives" star Felicity Huffman and a dozen other prominent parents have agreed to plead guilty in the college admissions bribery scam that ensnared wealthy families and athletic coaches at some of the nation's most selective universities, federal authorities said Monday.

The actress and the other parents were charged last month in the scheme, which authorities say involved rigging standardised test scores and bribing coaches at such prestigious schools as Yale and Georgetown.

Huffman, 56, was accused of paying a consultant $15,000 disguised as a charitable donation to boost her daughter's SAT score. Authorities say the actress also discussed going through with the same plan for her younger daughter but ultimately decided not to.

She will plead guilty to a single charge of conspiracy and fraud, according to court documents. Those charges are punishable by up to 20 years in prison, but the plea agreement indicates prosecutors will seek a sentence of four to 10 months.

Experts have said they expect some parents will avoid prison time if they quickly accept responsibility. All of the defendants will have to return to Boston to enter formal guilty pleas, but no new court dates were set.

Other parents charged in the scheme include prominent figures in law, finance, fashion, the food, and beverage industry and other fields.

It's the biggest college admissions case ever prosecuted by the Justice Department. The scandal embroiled elite universities across the country and laid bare the lengths to which status-seeking parents will go to secure their children a coveted spot.

The consultant, Rick Singer, met with Huffman and her husband, 69-year-old actor William H. Macy, at their Los Angeles home and explained to them that he "controlled" a testing centre and could have somebody secretly change their daughter's answers, authorities said. Singer told investigators Huffman and her husband agreed to the plan.

Macy was not charged. Authorities have not said why.

In a statement offering her first public comments since her arrest, Huffman apologised, took responsibility for her actions and said she would accept the consequences.

"My daughter knew absolutely nothing about my actions, and in my misguided and profoundly wrong way, I have betrayed her. This transgression toward her and the public I will carry for the rest of my life. My desire to help my daughter is no excuse to break the law or engage in dishonesty," she said.

The streaming service Netflix said Monday that the April 26 release date of a film starring Huffman, called "Otherhood," will be moved with a new release date to be determined.

Michael Center, the former men's tennis coach at the University of Texas at Austin, has also agreed to plead guilty, prosecutors said Monday. Center was accused of accepting nearly $100,000 to help a non-tennis playing applicant get admitted as a recruit.

California real estate developer Bruce Isackson and his wife, Davina Isackson, who are pleading guilty to participating in both the athletic recruitment and exam rigging schemes, are cooperating with prosecutors for a chance at a lighter sentence.

"We have worked cooperatively with the prosecutors and will continue to do so as we take full responsibility for our bad judgment," they said in a statement.

Actress Lori Loughlin, who played Aunt Becky on the sitcom "Full House," and her fashion designer husband, Mossimo Giannulli, are charged with paying $500,000 in bribes to get their two daughters admitted to the University of Southern California as rowing recruits, even though neither participated in the sport. They were not among those who agreed to plead guilty, and they have not publicly addressed the allegations.

Loughlin and Giannulli may be hoping they can get a better deal once the media attention dies down, said former prosecutor Adam Citron. They are also accused of paying much more than Huffman and some other parents, which would call for stiffer penalties under the sentencing guidelines.

Prosecutors "are likely trying to hold her out as an example, so I would assume the plea deal was not the same plea deal as the other defendants," said Citron, an attorney at New York's Davidoff Hutcher & Citron LLP.

Singer, the consultant, pleaded guilty to charges including racketeering conspiracy on March 12, the same day the allegations against the parents and coaches were made public in the so-called Operations Varsity Blues investigation. Singer secretly recorded his conversations with the parents, helping to build the case against them, after agreeing to work with investigators in the hopes of getting a lesser sentence.

Several coaches have also been charged, including longtime tennis coach Gordon Ernst who's accused of getting $2.7 million in bribes to designate at least 12 applicants as recruits to Georgetown. Ernst, who was also the personal tennis coach for former first lady Michelle Obama and her daughters, and other coaches have pleaded not guilty.

Stanford University expelled a student who lied about her sailing credentials in her application, which was linked to the scandal. The university quietly announced it had rescinded the student's admission in a short statement posted on its website April 2 after determining "some of the material in the student's application is false."

University officials previously said the student was admitted without the recommendation of Vandemoer.

Should the SAT be optional? Bribery scandal renews debate