Female soca artistes talk on being a woman in the industry 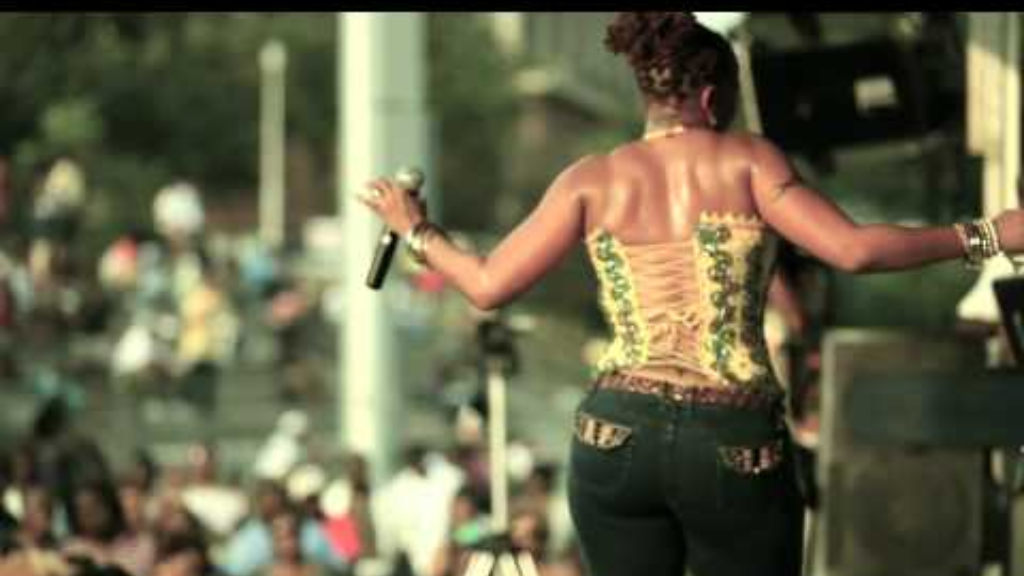 The soca industry is such a fast-paced, ever-evolving arena, similar to its artists.

Although the industry is male-dominated, female artists have been holding their own and blazing their own trails over the years. However, the reality is that there are some situations that women face that their male counterparts don’t.

Loop News spoke with Alison Hinds, Lil Bitts, and Fay Ann Lyons who gave further insight into what it means to be a woman in the soca industry.

For one, they admit that there is a certain double-standard that exists in the industry.

“There are some things that men can get away with that we can’t,” said Lil Bitts. “When it comes to the music, guys can sing something that may not have the strongest melodies but it’s catchy or have a vibes and they could run with it. But if a female tries that they’ll immediately say ‘What ish she singing?’ We always have to continuously bring the best of the best.”

Alison Hinds said the double standard was most visible when it comes to body image.

“We are under a lot more scrutiny and it has been like that since I started performing,” she said.

“There’s kind of a double standard with what our male counterparts can get away with and not be penalized for it as opposed to the females...and that goes to behaviour to image, everything across the board. Women are expected to always look a certain way. Any slight infraction people will quickly bring her down, whereas with with the guys, they could have a little belly, be going bald and he’s still accepted.”

She added that the scrutiny sometimes extended to fans, some of who don’t think twice to critique how she looks.

“There are some people who get a bit too familiar, sometimes they think because they see you on stage, they follow you social media, they feel like like they know you and they feel like they have the right to be able to say whatever they want.”

“Men tend to get away with being themselves more than women," echoed Fay Ann Lyons. "Men can look however and once they have a big song, they’d still get that support. It’s kind of difficult to be perceived as an unattractive woman with a big tune, the reaction is not so much the same.”

However, she believes that the male-dominated industry, times have changed but the challenges are different.

“Sometimes it doesn’t just come from the opposite sex but your own peers. I think we’ve moved past just having to deal with being included in a male-dominated arena to now having to deal with females not understanding that it's okay for a woman to be as good as her male counterparts,” she said.

Having a career as a soca artist is intense by itself and can be even more so when starting a family. For some artists like Fay Ann, because starting a family was always on the agenda, she said she had little issue with having to choose between career and family, as evidenced by her competing and later winning Soca Monarch while pregnant in 2009.

For others, sometimes the balance means having to put the notion of having children on the back burner in order to push their career.

“If we want to work there is no stopping. You have some women who just perform to the end [of pregnancy] and in some cases you don’t have a choice because if you don’t do that you don’t eat,” said Lil Bitts.

She revealed that she and her husband have had conversations about what it would mean for her career if she were to get pregnant.

"We’ve discussed that it would mean having to take x months off...what’s going to happen with the child is born, who’s going to look after him or her. There are times when we have studio or performances every night. It's just a totally different life change and it comes down to whether or not you’re prepared for something like that."

“I had to rethink how I how I was going to move forward," said Alison on when she got pregnant.

"At the time I was still with Square One, I performed with them until I was about five months pregnant. I had to think about when I come back out how am I going to do this...am I still going to be in the band?”

That, coupled with what she described as insensitive remarks from some people after she gave birth, was a difficult period. "I was still carrying baby weight and it was a struggle for me physically, emotionally and mentally, and on top of that have people who were callous and unkind; it was very hard to deal with.”

She said it was the support of her husband and family that got her through the tough time.

At that time, she also weighed the pros and cons of going solo. "It was a difficult decision to make. I had grown my career with Square One, they were and still are my big brothers, it was like leaving family. But I had to make the decision for my daughter, not miss out on those moments you can't get back."

The music industry can be tough and being able to assert one's self and stand one's ground is important. However, it's long been known that there is a difference in perception and even respect when a woman tries to assert herself.

“When a woman does it, she’s considered to be a man. Why? Because she’s asserting herself the way a guy would. When ladies try to be on a male's level, it’s a problem. Why?” questioned Lil Bitts.

"I think because men are so used to being in charge across the board. A woman is seen a ‘b***h’ or a ‘ball breaker’, anything that is hard and harsh," said Alison.

She continued, "Sometimes women have to be that way in order for them to get certain things done. If a woman is pretty, attractive and has a brain, some people are thrown off. When she starts to put her foot down, that’s when she’s labelled a ball breaker. I am yet to understand why women are perceived that way and yet a man is just seen as being in charge.

"It’s difficult being a woman and having that courage to go out and be able to speak up for yourself and to be listened to because sometimes we speak but people are not listening; it sometimes gets chalked up to just be being emotional or hysterical,” she added.

“I’d rather be labelled a b***h than be a hypocrite,” said Fay Ann. "You'd notice a guy would speak up and people would say 'Yea, that makes sense,' but if a woman says the same thing, you'd hear 'Oh my gosh, why is she so boisterous, why is she so loud and outspoken, why is she always in a drama.' Because women are just meant to sing and wine and look pretty. Don't have an opinion on anything, just dance."

While there's nothing wrong with owning one's sexuality in the industry, there are some cases where some female artists feel pressured to have to over-sexualise themselves in order to get forward in the business.

“Unfortunately [it exists] and that shouldn’t even really be the case because your music alone should be able to sell you. But I guess that we’re the ones with the boobs and the shape so that’s what people want to see. I’m very carefree when it comes to my body and I’ve come to realize that people will talk regardless, whether you’re clothed or not," said Lil Bitts. "I guess some females feel the need to be sexy and use their body to sell themselves but the thing about it is shouldn’t just be about the look and the sexuality," she added.

"I think it’s there, especially with some of the younger female artists if they don’t have someone with experience in the business and dealing the unsavoury characters in the business," said Alison. "There are a lot of men who are looking to take advantage of those who have stars in their eyes and will tell them everything that they want to hear.