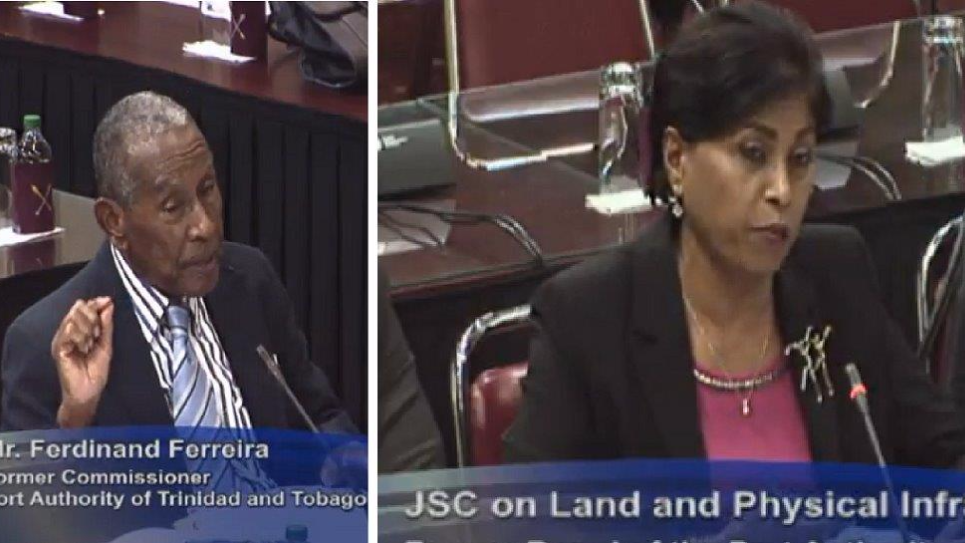 Questions were raised regarding the approval of the five-year extension to the Super Fast Galicia, which was submitted to Works and Transport Minister Rohan Sinanan under the former board of the Port Authority of Trinidad and Tobago.

Speaking at a Joint Select Committee on the Inter-Island Ferry Service, former board chairman Christine Sahadeo said however that she never agreed to those terms.

Answering questions put forward by committee member Franklin Khan as to whether she was aware of a letter being sent by the board recommending a five-year extension to lease the Super Fast Galicia, Sahadeo said she was not aware of that, nor did the board agree to such during her tenure.

“It was actually when we met with the Minister, he actually showed us that letter,” she said.

Khan said however that this was an oversight with serious implications and grounds for an investigation.

“That’s a significant procurement issue because if the management, without a board decision, could write the Minister purporting to act on behalf of the board for a five-year extension without your knowledge, to me that is something for serious investigation,” he said.

Committee member Mark Wade also referred to a letter pointing out “serious damaging allegations” made against Sahadeo regarding “attempts to frustrate the efforts of the management”.

Sahadeo said however that she was never informed of the letter, and that she believes she carried out her duties correctly and responsibly.

“There were several issues and it was my responsibility as chair to bring this to their attention. Many were not even aware…there were additional costs, a lot of associated costs. An entire deck, much of the vessel could not have been used to carry cargo. It was my concern to bring this to the attention of my colleagues. It’s easy to be nice and say ‘let’s go along’ but I have a responsibility,” she said.

Sahadeo added that tenders had been altered without the board’s approval, which Khan said was also grounds for investigation.

“Imagine this is a port which has (so) many years of experience, how can a tender be put out which such large deficiencies? How could a tender committee, in December, change the specifications and…when I asked how those specifications changed, the GM (general manager) stated she was instructed so, and when we asked by whom, we never got an answer,” she said.

“If you are saying that the board instructed management to go out for a tender for a vessel with specific specifications and then those specifications unknowing to the board was deliberately altered, that is grounds for serious disciplinary action, and if you agreed with that why did you not proceed along those lines?” Khan asked.

Sahadeo replied however that the discrepancies were rectified before being sent out.

Former commissioner of the board Ferdinand Ferreira also slammed what he called ‘irrevocable incompetence’ under the former board's management.

He also said that the board was not made aware of former chairman Christine Sahadeo’s resignation in February 2017.

“We were not even aware that the chairman resigned, we were not informed, we picked it up by the grapevine,” he said.

“We were out there awaiting the next board meeting, only to be told about the emergency Cabinet meeting. Monday morning we were told that they were going to change some boards. One board was changed. By 12:30 the next day, that was it,” he said.

He added that claims regarding the inability of the Super Fast Galicia to dock at the Hyatt hotel were false, adding that divers and technicians were sent to inspect the docking area and found no problems.

“We had a complaint from the Hyatt that came up in Parliament, they complained that the power was affecting the structure. We sent down our engineers and divers and the report was there was absolutely no problem, the structure was in perfect shape like the day they put it down, and we rejected the Hyatt claim,” he said.

He added that he the contractual agreement regarding the Galicia was already in place when he was appointed to the board and that he was unaware of any corruption on the matter.

He said the only issue that he was aware of regarding the Galicia was the issue of dredging.

He said that the board assessed the issues regarding procuring a new vessel and agreed to extend the contract for 18 months, which he said was approved by government.

“The Minister as far as I am aware approved the recommendation for the 18 months, and the normal procedure for charter party agreements is that they are signed by the Permanent Secretary on behalf of the Minister,” he said, adding that the agreement was signed by Verna Johnson on behalf of former transport minister Stephen Cadiz.

The full sitting can be viewed on the Parliament's channel: https://youtu.be/xkQoaYgZ02w