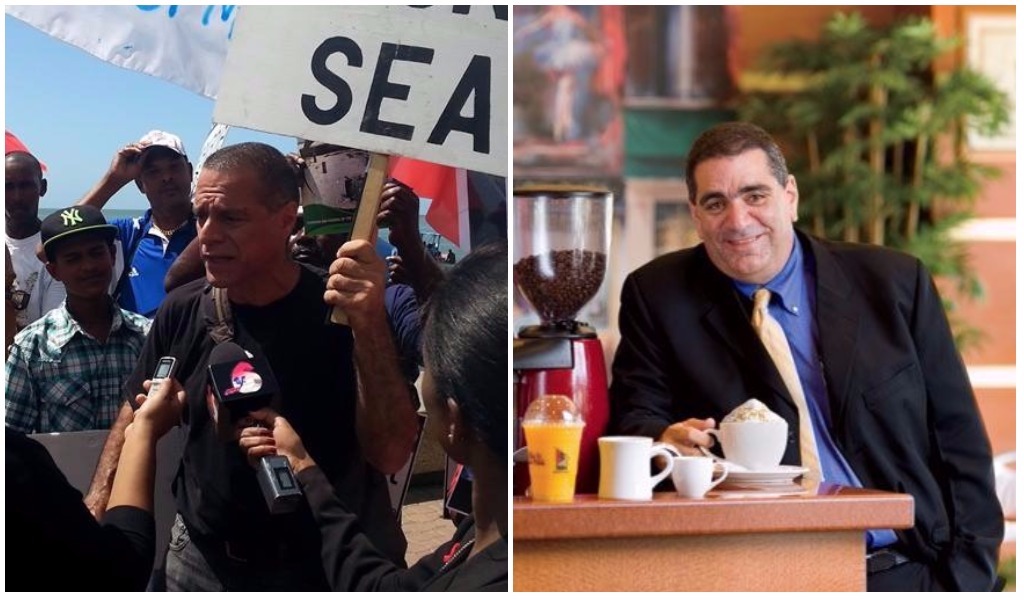 President of Fishermen and Friends of the Sea (FFOS) Gary Aboud has distanced himself from comments made by businessman Mario Sabga-Aboud on the Trinidad and Tobago episode of CNN's "Anthony Bourdain: Parts Unknown".

But he says some people naturally hate the Syrian-Lebanese community.

Sabga-Aboud has been facing backlash since the episode aired, showing him branding the Syrian-Lebanese community as the most powerful in T&T. Aboud and Sabga-Aboud are first cousins.

In a lengthy statement, Aboud said he was ashamed and embarrassed by what was said on the show and that the comments do not reflect the views of the wider Syrian-Lebanese community in T&T.

He added that there were many persons of Syrian-Lebanese heritage who have contributed to the social and economic development of T&T, including master pan man Anise Hadeed, Soca Elvis, one time national football coach Hannibal Najaar and late Catholic priest Fr Moses.

He said it was unfortunate that the public was now being hateful towards the Syrian-Lebanese community due to Sabga-Aboud's comments.

"Today social media hate-mail abounds as a result of these insipid comments televised for international consumption. As one commentator said on social media “the cat is out of the bag”.  But there is no cat in the bag at all, despite the unwarranted comments by Bourdain’s guests," he said.

Aboud said he is proud of his T&T nationality and of the sacrifices made by his ancestors.

He said the Syrian-Lebanese first came to T&T as penniless immigrants and worked hard, saved and invested to get to where they are today. But many live humble lives and do not consider themselves to be "powerful", he added.

"Many are managing by like the rest of our citizens. So when I saw the outpouring of hatred on social media, the association of my community with drugs and guns, with being some type of “mafia” I realised something.  Regardless of what arrogant nonsense was said, some people naturally hate us.  They have something caustic in their souls that causes them to despise us. It has a lot to do with the commercial success of the few among my community, the cars they drive, the houses they live in, the companies they own," he said.

"I imagine that if the so-called “Syrians” were still all walking around shoeless, with suitcases on their heads they wouldn't be despised this much."

Aboud said he would face scorn from member of his own community for publicly airing his views but felt he needed to speak out.

"These gentlemen created the wrong impression about me and my minority community.  They unleashed a flood of hateful, racist diatribes from ordinary folk that I must face daily on the streets, at the Central Market, out at sea, and amongst fellow naturalists/humanists and sustainable development activists," he said.

"I ask for fairness from them, and of course, from you, the rest of the sensible citizenry.  It is time for us to confront this irrational bigotry.  It is time to start a national conversation based on accurate, sensible data.  It is time to unite around something more inspiring than venomous hate and bigotry."

Sabga-Aboud has since apologised for the comments he made on the show.