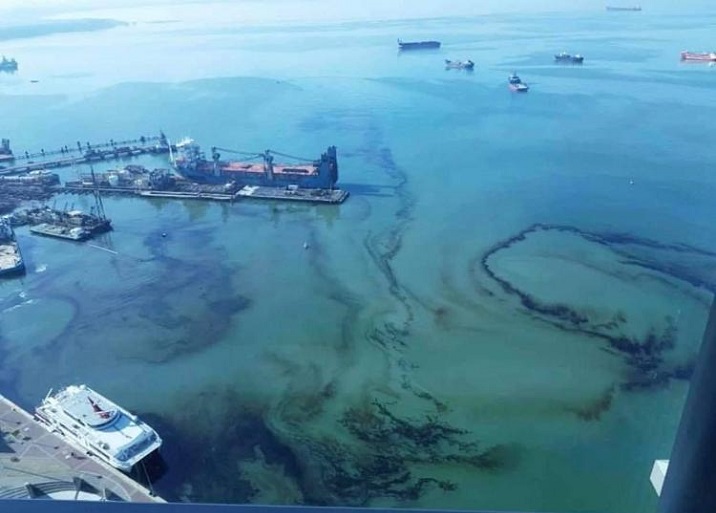 The Fishermen and Friends of the Sea (FFOS) is calling on Prime Minister Dr Keith Rowley and Energy and Energy Industries Minister Franklin Khan to assist fishermen who will undoubtedly be negatively impacted by the latest oil spill reported in Port-of-Spain.

Thick streams of oil tainted the waters at the Port-of-Spain Waterfront on Tuesday along the docking area, with some streams drifting toward the Caribbean Sea.

FFOS Corporate Secretary Gary Aboud visited the waterfront where he assessed the situation. He recorded a video explaining the extent of the incident and questioned why officials from the Environmental Management Authority (EMA) were not yet present.

He further says the persons responsible ought to be held accountable.

Aboud notes that eyewitness reports state that the spill came from an industrial barge berthed near the POS Harbour.

He questioned whether the Institute of Marine Affairs (IMA) was doing its part to monitor vessels travelling in and out of T&T's waters to identify the culprits when situations such as these occur.

"According to the National Oil Spill Contingency Plan (NOSCP), which was debated at great length and approved by our Cabinet, the Institute of Marine Affairs (IMA) “must” create and maintain a fingerprinting database of ALL oil on ALL vessels operating in or entering into our territorial waters. Has the IMA done this? Is this Plan just another lip service while our fishery and our health are compromised every day? If this Plan has faced the "rigour of Cabinet, then should it not be respected and be made Law?"

"Will the IMA ever collect samples of this spilled oil for fingerprint analysis to determine the source?  If this IMA kept this database, the culprits could be immediately identified and enforcement action would have already been initiated with ease. Furthermore, the NOSCP requires that oil booms be strategically placed around the spill to prevent the spread of the hydrocarbon, yet photo images below show that the booms were placed around other nearby vessels to prevent the oil from damaging them."

The EMA is assuring the public that it is currently investigating reports of an oil spill near the Hyatt Regency Hotel.

The authority says it is partnering with national stakeholders to identify the vessel and owners of the leak.

"We are working along with our partner agencies, including the Ministry of Energy and Energy Affairs (MEEA), Institute of Marine Affairs (IMA) Coast Guard, Maritime Services Division, Office of Disaster Preparedness and Management (ODPM) and OSH to determine its source."

The EMA states that its Emergency Response and Investigations (ERI) Unit immediately activated its protocol procedures and is conducting shoreline assessments for any impact and will continue to monitor the situation.

The public is reminded to contact the EMA's emergency response hotline at 680-9588 in the event of an environmental incident.