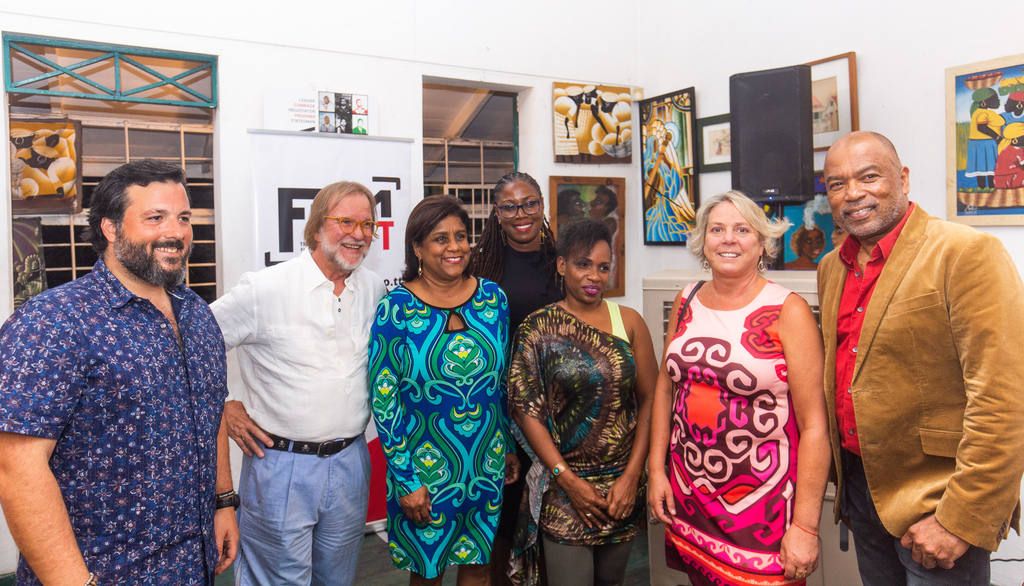 This formal introduction to the country and its many attractions serve to better position the country as a competitive destination for international film, television and commercial productions.

The guests, hosted by FilmTT staff, visited more than 50 locations in Trinidad and Tobago over the course of five days, including Paramin, Las Cuevas Bay, Maracas, Bay, Ortinola Great House and Estate; Manzanilla, Temple in the Sea; Hanuman Murti, Tucker Valley including Bamboo Cathedral, and several sites in Tobago, including Pigeon Point and Argyle Falls.

According to FilmTT General Manager, Nneka Luke, “Fam Tours are tools that film commissions like ours use to familiarise prospective international directors, producers and location managers with locations and production resources in that country, city or state, and encourage them to bring future productions.

"Properly designed and scheduled, the tours are an effective form of marketing that can raise a country and a film commission’s profile, while courting decision makers in the industry. The potential for positive economic impact is an effective selling point to Fam Tour sponsors, film commission investors, and local officials.

"The potential return on investment for a Fam Tour is that a large-budget production that decides to shoot here can create jobs in both the creative and service sectors, increase foreign exchange earnings, and expand international visibility for Brand T&T," she continued. "We worked closely with the LMGI to choose a group of guests who could see the potential in T&T’s locations, even as a country with a developing film industry. A few weeks after the Tour, we are already starting to see the potential fruits of these strategic efforts.”

Shared LA-based location manager, Dow Griffith, “I really knew initially nothing about the areas here. Having now had the advantage and privilege coming here on this Fam Tour, we realise how revealing and important it is. You have to come here, see it, meet the people and go to the places.”

Atlanta-based location manager, Christine Bonnem, described the T&T professionals she met during the tour as “excellent people with great enthusiasm”.

FilmTT also relied on its growing list of partners in its Film Friendly Network to demonstrate the increasing focus on making the country more film-friendly for both local and international producers.

“As a facilitator of services for the sector, we have been building stronger working relationships with ministries and agencies that have a role to play in making it easier for local and international productions to shoot here," said Luke.

"Members of our Network contributed to the Tour’s success, such as the Airports Authority of Trinidad and Tobago, Customs Division, Immigration Division,  Chaguaramas Development Authority, Tobago House of Assembly, The US Embassy in Port of Spain, InvesTT and Trinidad Tourism Limited. We must also acknowledge the Inter-American Development Bank (IDB), ExporTT, InvesTT, Airports Authority of Trinidad and Tobago, Trinidad Tourism Limited, Massy Distribution, and Just Juiced for their additional support and commitment to the overall vision of building a successful and lucrative audio-visual industry in Trinidad and Tobago for all its citizens.”

At a welcome reception for the visiting guests, Senator the Honourable, Paula Gopee-Scoon, Minister of Trade and Industry, line ministry for FilmTT, stated: “I speak on behalf of the Government when I say we are 100 percent behind FilmTT and its work. This country is very focused on growing the creative industries and we understand the value in it. At the end of the day, this is a business and the Government must support the business of film. Trinidad and Tobago is an ideal destination and it comes back to who we are as a people, our history, what we’ve become and where we are heading.”