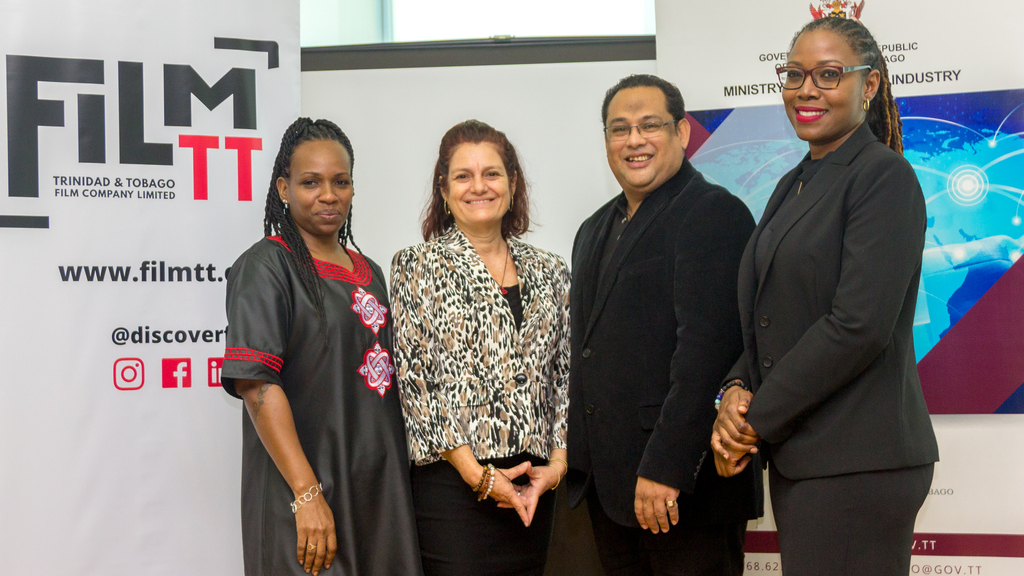 The Ministry of Trade and Industry, along with the Trinidad and Tobago Film Company Limited (FilmTT), hosted a press conference on Tuesday to launch a series of tools to improve the film production process in Trinidad and Tobago: Moviesite, Production Directory, Production Guide, Locations Database, and an updated website.

This project is directly taken from the Strategic Plan for the Development of the Film Industry of Trinidad and Tobago, which was approved in August last year by the Ministry of Trade and Industry. Overall, it is intended to vastly improve FilmTT’s ability to track productions, build and manage databases of contacts and stakeholders for improved communication, and improve data gathering and reporting on the number, type and economic value of both local and incoming productions.

The film production tools include:

A new administrative online platform for FilmTT that, among other functions, will host the Production Directory and Location Database. This is an industry-standard film commission software used by similar offices all over the world, and FilmTT is the first Film Commission in the Caribbean to adopt this operating platform.

The Production Directory - A previous project of the film company, the directory is an online searchable database that both local and international producers can use to find professional production services and non-creative suppliers for their next productions.

A Locations Database – A brand new service from FilmTT, this is an easily searchable online database of locations and festivals across Trinidad and Tobago, accessible by both local and international producers.

A Production Guide - A new 30-page publication that features details on shooting in Trinidad and Tobago. It covers information such as the benefits of shooting in T&T, visas and permits, holidays to note in T&T, FilmTT’s role as the producer’s production partner, and the details of the Production Expenditure Rebate Programme.

“Our stories have proved to be compelling—despite our need to continue development in that area—with some of our films finding favour with film festivals regionally and internationally,” stated FilmTT’s Chairman, Dionne Mc Nicol Stephenson.

“The film industry in Trinidad and Tobago has seen varying levels of activity since the first local film made in 1970. Since then, with the support of various arms of the Government of Trinidad and Tobago, approximately 73 local films have been produced. With the activation of our Strategic Plan, we are on our way to meeting our goals.

"The Production Directory, Locations Database, and MovieSite Digital Platforms put us ahead of the game regionally in terms of our offerings in attracting international productions. Our competitive edge is also increased by our skilled labour force, low cost of doing general business and our Production Expenditure Rebate Programme.”

For more information about FilmTT and the production tools, visit www.filmtt.co.tt/prodtools.

FilmTT has a new look