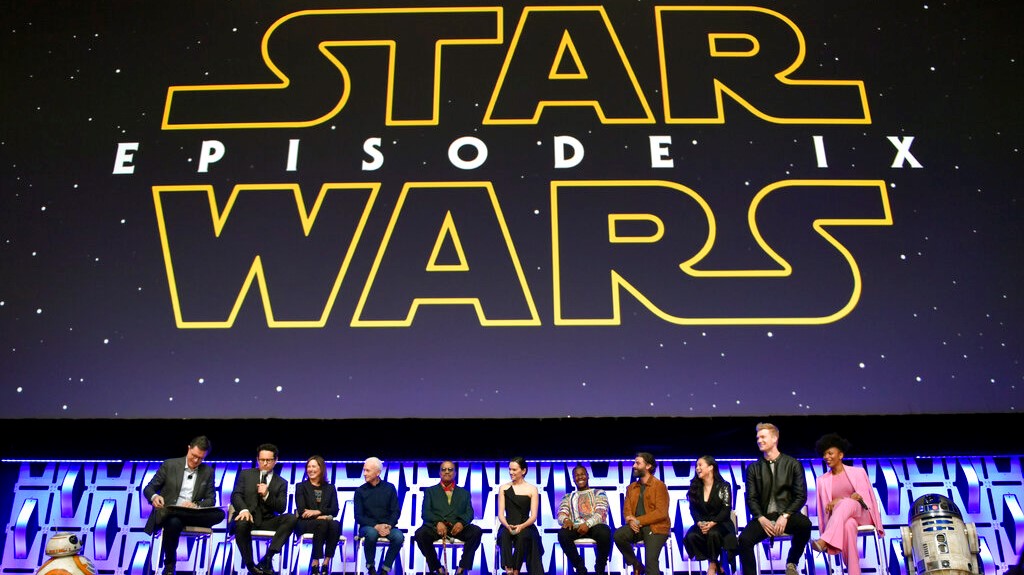 The final trailer for the "Star Wars: The Rise of Skywalker" debuted Monday night, offering montages of epic cosmic combat and a fleeting glimpse of the late Carrie Fisher as Princess Leia embracing Daisy Ridley's Rey.

The spot generally struck an elegiac note of finality. "The Rise of Skywalker," which opens December 20, is the last chapter in the now nine-part Skywalker saga. Even C-3PO appears wistful, saying he's taking "one last look at my friends" presumably before the film's climactic showdown.

The trailer debuted on what would have been Fisher's 63rd birthday. Fisher, who died in 2016 at the age of 60, appears in the film in a performance pieced together through unused footage from "The Force Awakens." In the trailer, a tear streams down Rey's face as they hug.

There have been two previous sneak-peeks for "The Rise of Skywalker," with a full trailer previously premiering at Star Wars Celebration, a promotional fan event held in April. It and the initial teaser have already racked up more than 53 million views on YouTube.

But Monday's trailer was the fullest two-minute ad yet. It debuted on ABC's Monday Night Football (which, like Lucasfilm, is Walt Disney Co.-owned) and it was far and away the biggest draw in the New England Patriots' overwhelming domination of the New York Jets.

Even if the trailer — a montage of elemental contrasts including an island of ice and rain-drenched lightsaber battles — suggested conclusion is coming to the galaxy far, far away, "Star Wars" is light years away from ending.

Multiple new trilogies are being developed. Among other spinoffs, the Jon Favreau-directed series "The Mandalorian" will debut next month on Disney's new streaming service, Disney Plus.

Monday's trailer coincided with tickets going on sale for "The Rise of Skywalker." Atom Tickets said the film sold more tickets in its first hour than any movie in its seven-year history, besting "Avengers: Endgame."

Peter Mayhew, Chewbacca in the 'Star Wars' films, dies at 74