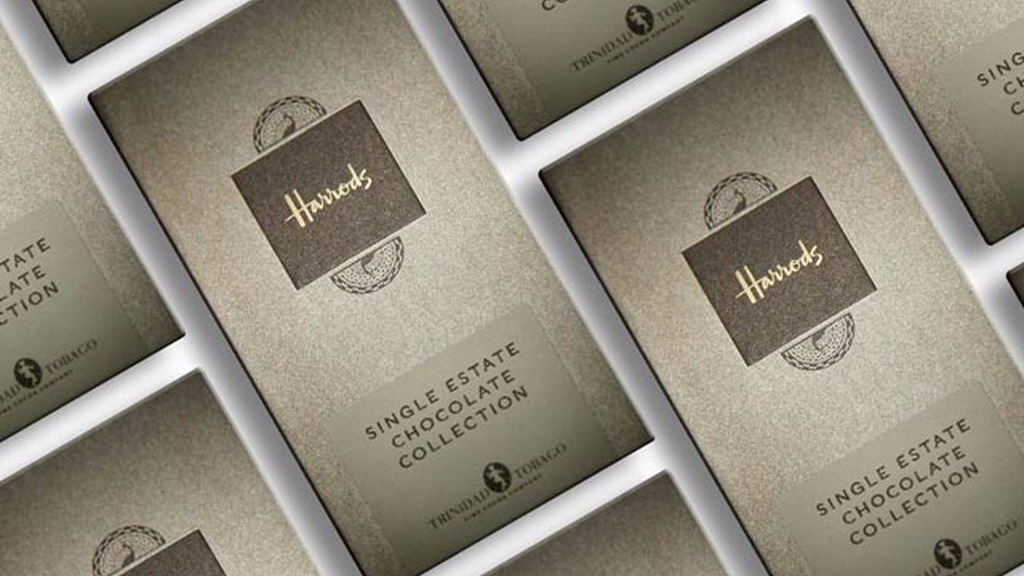 In celebration of International Chocolate week, Britain’s luxury retail store, Harrods will feature a range of chocolates from around the world.

Included in the special collection will be chocolate from Trinidad and Tobago: The Trinidad & Tobago Single-Estate Chocolate Box, available from today, October 10.

Unlike the other packages which feature the origin of the chocolate from a country, the T&T chocolate will be the only one to feature the cocoa plantations from which the chocolate originates – La Reunion, Ortinola, Aripo and Tableland. There will only be 1000 boxes of the limited edition chocolates available.

“Harrods has partnered with the Trinidad & Tobago Cocoa Company to launch an extra-special chocolate treat. Available to buy soon in-store and online, the Trinidad & Tobago Single Estate Chocolate Box contains four unique chocolate bars which are almost too good to share! Despite being made from the same type of bean – called the ‘Trinitario’ – each bar has a unique flavour and is named after the estate at which the cocoa was harvested,” Harrods wrote on its website. 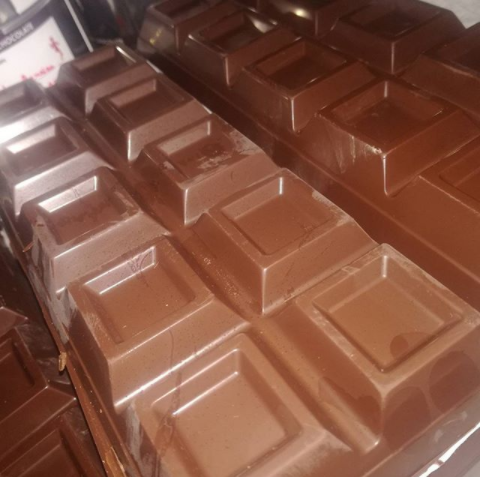 The distinction of having four Trinidadian estates featured, in addition to being in the prestigious Harrods, is a major accomplishment for Ashley Parasram, the director of the TT Fine Cocoa Company.

For Parasram, this achievement, following two years of discussion, is a testimony to the strides that have been made in cocoa and chocolate production in recent years.

“If your quality is not right, your quality is not in place and you get into a big market and give someone salmonella then you are done. If you follow through everything and don’t cut corners then you can get access to different markets,” he told Loop during a visit to his company located in the compound of the Cocoa Research Centre in Centeno where the La Reunion estate is based.

The TT Fine Cocoa Company, which has its own cocoa processing facility, has been positioned to lead Government efforts to regulate the burgeoning chocolate industry.

Parasram, who said he was working internationally in sustainable development, was inspired to start the company six years ago when the then British High Commissioner mentioned that while T&T had the best cocoa but it was facing a failing industry.

The company spent the first three years assessing the industry and understanding its needs.

“We spent three years getting data then we built a facility,” said Parasram.

They entered into a public/private partnership through a Memorandum of Understanding with the Government under which they share their processing facilities with other cocoa producers.

The facility has the capacity to process 50 tonnes per annum. T&T processes on average 500 tonnes of cocoa per annum.

“We offer affordable processing and chocolates. We produce in volumes that allow for lower prices. We found out that bulk cocoa is one third the cost of local cocoa. Our cocoa is three times the price so our cocoa will never come down to the low prices but we’ve chosen the size of machines carefully to give economies of scale,” explained Arvind Mahabirsingh, Operations Director. 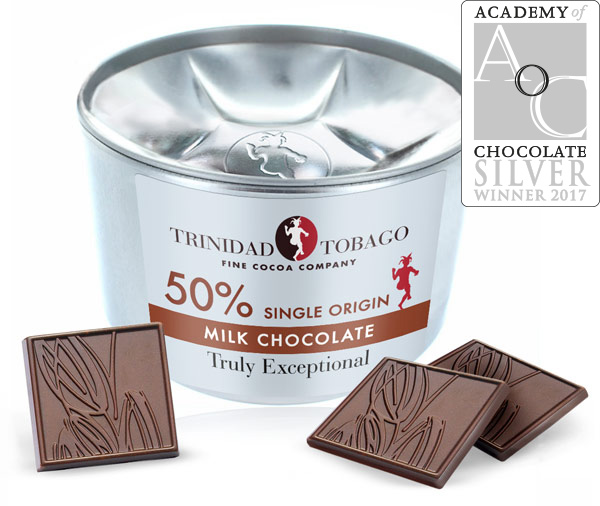 In the facility, beans are screened and roasted. Mary Ethen-Gray, the Food Technologist, creates a roasting profile based on the moisture, size of bean, load and client requirements. From roasting the beans are placed in a winnower which disposes of the shells.

The beans are then placed in a pregrinder and can then be taken to a conche machine which breaks down the grains into cocoa liquor to be made into chocolate, pressed cocoa butter or powder.

The chocolate is refrigerated and stored for further use.

Setting standards for the industry

More than a chocolate producer, the Fine Cocoa Company is also co-sponsor of a programme designed to boost the industry.

The project, Improving Marketing and Production of Artisanal Cocoa from Trinidad and Tobago (IMPACTT) was started in 2016 and is a joint venture with the Ministry of Agriculture, the Inter-American Development Bank and the Cocoa Research Centre of the University of the West Indies.

The aim of the project is to establish standards across the industry.

“It is a very fragmented sector with varying degrees of quality and scale so what we are trying to do with the development project is setting standards. We are on a very steep learning curve,” said Parasram.

“We are in a period of transition from the Cocoa Board to the Cocoa Company and there is a lot of uncertainty. With this project, we want to give farmers a checklist and give them guidance. We want to tell farmers that their beans are over fermented or if there is fungus,” he explained.

With the processing facility at the core of the project, Parasram noted, that now more than ever, farmers can see the results of their hard work.

“They weren’t getting feedback to improve their process and this is very important to the industry. When you taste the product you understand why you need to change the process,” he said.

IMPACTT, he said, will improve everything from farm to table with improved standards in packaging, labelling, storage and shipments, among other aspects.

There are currently eight plantations under the IMPACTT project. Parasram estimates that in five years there would be 40 with tractability.

The company is known for its attractive and clever steelpan tin packaging.

“We needed something to stand out and act as an ambassador. We aren’t really selling chocolate, we are selling T&T,” said Parasram.

The Steelpan design, launched in London last year, was awarded one of two silver awards by the London Academy of Chocolate in July. The other was for a chocolate bar.

Satisfied that their efforts have paid off where processing, quality and packaging are concerned, the Fine Cocoa Company is now turning its attention to marketing.

While penetrating foreign markets is top of the list through partnerships with the likes of Chef Gordon Ramsey, there is also a major focus on local market expansion.

“We have not been exposed to chocolate made from our cocoa. Our cocoa is well suited to dark chocolate but we have been accustomed to sweet chocolate which we have to change. It requires a nationwide effort and even Government intervention,” said Parasram.

“We have made significant inroads into the food sector with five or six chefs using our products,” he said.