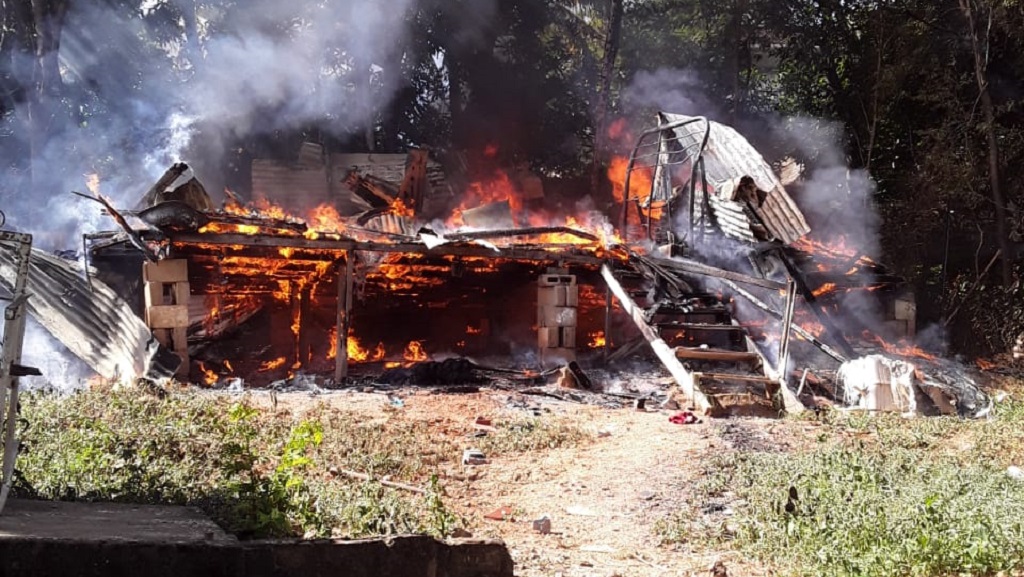 A family of three is homeless following a fire on Monday morning in Morvant.

The incident, Loop News was told, took place as the family celebrated one of the victim’s 22nd birthday.

From initial reports, police and fire officers received information that a single-story wooden structure was on fire at about 9.45 am Monday.

Appliances from the Wrightson Road HQ responded, however, by the time officials arrived, the building had been completely consumed by the flames.

Fire officers were able to contain the blaze and prevent it from spreading to nearby structures.

No one was at home at the time and as a result, no injuries were reported.

Cpl Singh of the Morvant police station is continuing inquiries.