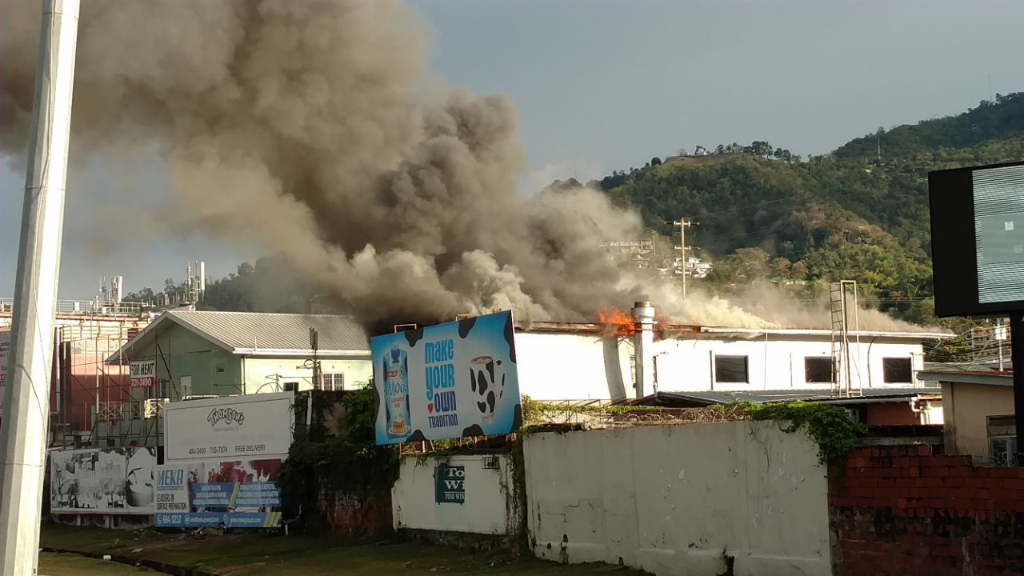 Fire officers were called to the scene of a fire along Mucurapo Road, St Jamesearly on Sunday.

While information is still coming in, LoopTT was told that fire officers received a report that a commercial building was on fire around 7 am.

The blaze was quickly contained.

The cause of the fire, however, remains unknown at this time.

LoopTT was told that the blaze was contained to the upper floor of the building.