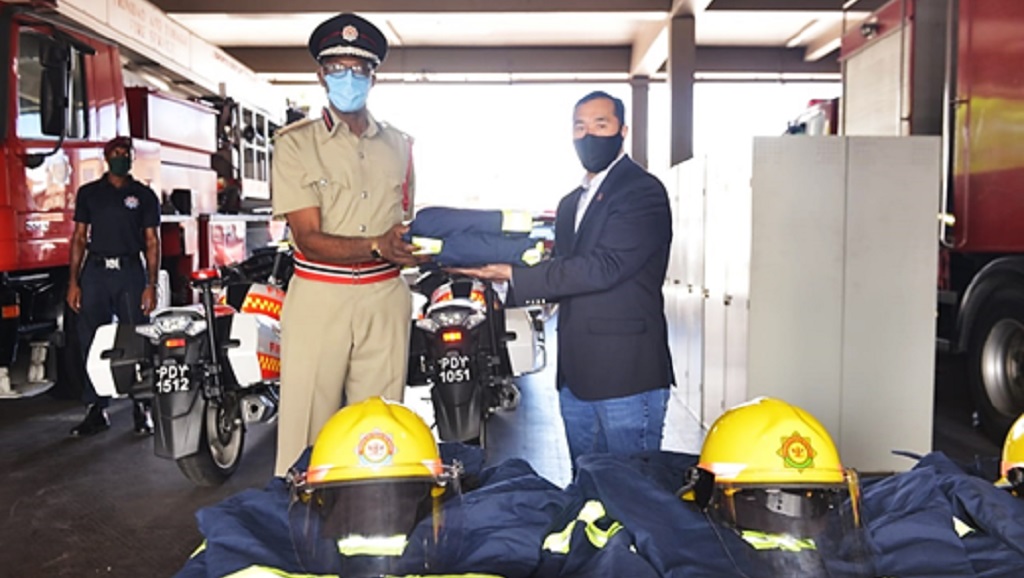 Speaking at the brief handover ceremony at the TTFS headquarters on Wrightson Road, Port of Spain, Minister Young noted that once he became the line Minister in 2018 he met with the Fire Service Executive and the Fire Service Association Second Division to get a first-hand look at the issues affecting the workers.

“The provision of firefighting suits was one of the priority items identified. The Minister gave the assurance to address the request and was pleased to deliver on that undertaking today,” the statement said.

Acting Chief Fire Officer Marlon Smith reportedly expressed his appreciation for the suits and indicated that this would positively impact the operations of the Fire Service.

The suits are designed to provide maximum protection against heat, flame and abrasions, as well as support rapid movement while ensuring comfort in the execution of firefighting duties.

Also present at the ceremony were acting Permanent Secretary in the Ministry of National Security Gary Joseph and President of the Fire Service Association Second Division Leo Ramkissoon.