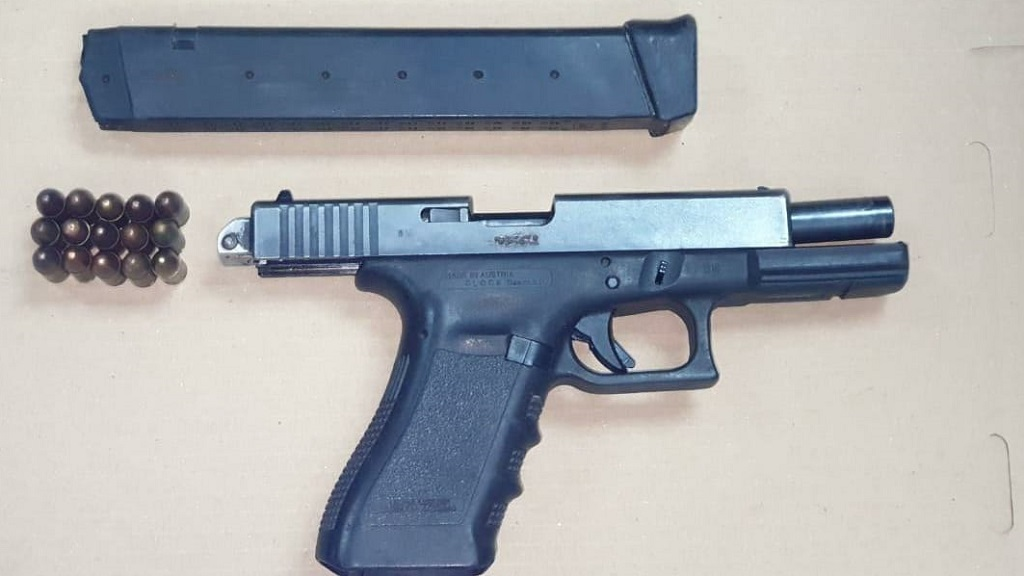 Amid the daily blocking of the road with debris, burning of tyres and protests by villagers of the Big Yard, Carenage, following last Friday’s incident, police continue to maintain their patrols.

One such patrol yesterday morning resulted in the seizure of a Glock 17 pistol loaded with 15 rounds of 9mm ammunition.

Around 10:00 am Tuesday, officers of the Western Division Task Force, the Emergency Response Patrol, and the Carenage Police Station, were conducting routine patrols when they received intelligence that led them to Big Yard Road.

At a stairway located along the roadway, the officers saw a group of men liming.

However, on seeing the police, the group escaped by running away.

A search of the area was conducted and the officers found the weapon hidden beneath a galvanized sheet.

The weapon was seized and is expected to be examined by crime scene investigators.

The exercise was conducted by PC Dennis, PC Frith, PC Peters, among others.