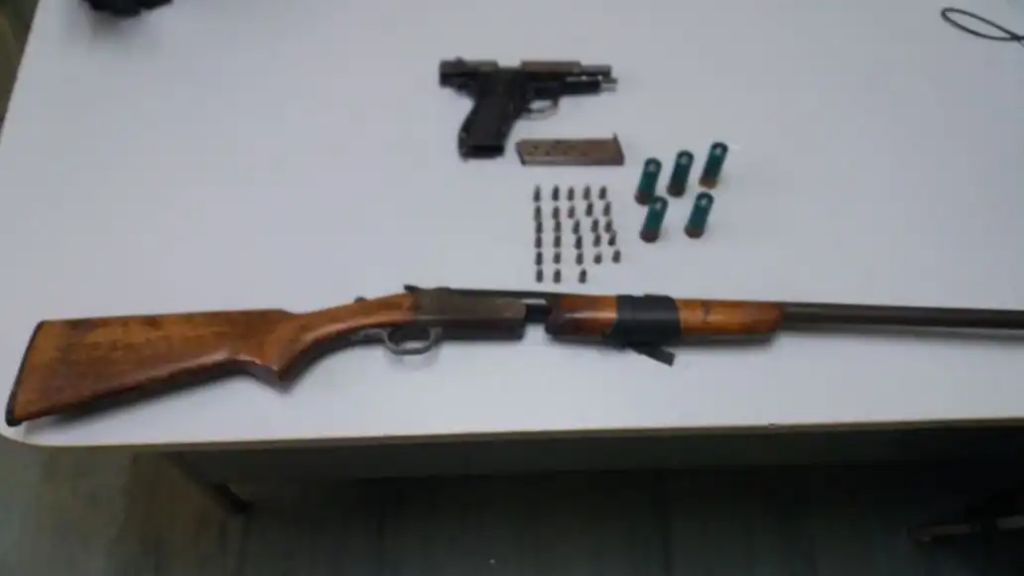 Police exercises in Belmont on Thursday resulted in the seizure of two weapons and 33 rounds of assorted ammunition.

The weapons, police said, were found in a barrel which was in a forested area in Belmont.

According to reports, the exercise was conducted by a team of officers led by Snr Sup Baldeo with assistance from Inspector Commissiong, Sgt Bharath, PC Romany, PC Orr, and WPC Syndey, among several others.

The officers, acting on information received, made their way into a forested area in Belmont, near the St Francois Valley Road, where they conducted a search.

During their search, the officers came across a barrel.

When a check was made inside, the officers allegedly found and seized a Smith and Wesson pistol with 28 round s of 9mm ammunition, along with a Stevens pump-action shotgun and five 12- gauge cartridges.

The weapons were immediately seized.

However, as there were no citizens within sufficient proximity at the time of their discovery, no arrests were made.

LoopTT was told that the investigators would be pursuing all avenues with the aim of making arrests in the immediate future.