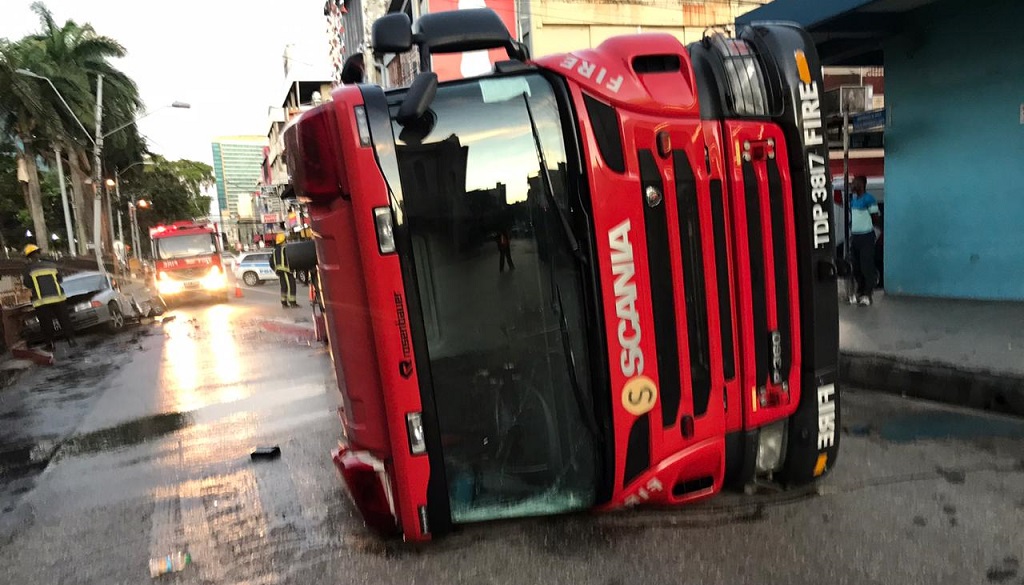 Two fire fighters have been hospitalised following this morning’s accident along Independence Square, Port of Spain.

The officers have both been taken to the Port of Spain General Hospital for medical treatment; their injuries are not said to be serious.

Loop News was told that, just before 6am today, the officers were in an appliance proceeding east along Independence Square North, when upon reaching the vicinity of the Cathedral, it came into contact with a vehicle that was trying to merge onto the roadway.

The impact resulted in the back of the car, a silver sedan, being crushed, and the appliance turning over on its side.

The driver of the car has also been taken for medical treatment, police said.

He is a taxi driver, according to initial reports.

At the time, the fire officers were part of a party that was responding to a fire at a house near the St Barb’s Police Post in Laventille.

Officers are still on location.