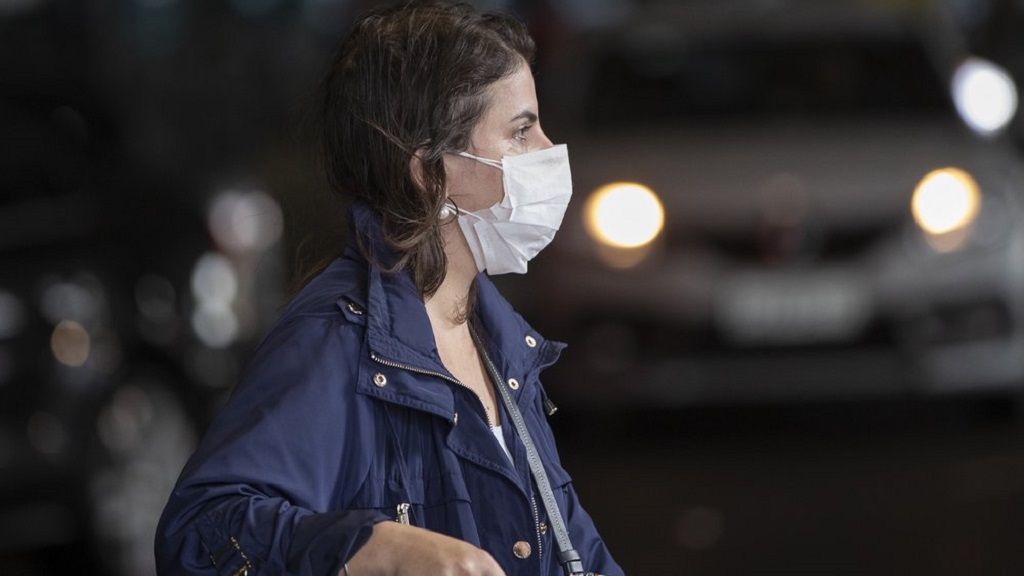 A passenger wearing a mask as a precaution against the spread of the new coronavirus COVID-19 arrives to the Sao Paulo International Airport in Sao Paulo, Brazil, Wednesday, Feb. 26, 2020. (AP Photo/Andre Penner)

With Brazil reporting the first case of the COVID-19 virus, neighbouring countries and other nations around Latin America are attempting to block the possible arrival of the virus.

A glance at efforts across the region:

Peru was maintaining a team of specialists working around-the-clock shifts at Jorge Chávez International Airport, the main port of entry for overseas travellers.

Passengers with possible symptoms of COVID-19 were being transferred to an isolation ward in a nearby hospital.

The country's health ministry said five hospitals were prepared to receive patients and the country had the laboratory equipment necessary to diagnose cases of the virus within 24 hours.

Argentine Health Minister Ginés González García called on citizens to immediately report any flu-like symptom, saying self-reporting was the country's strongest tool against the disease but warning against panic. Argentina has strong ties to Italy and 10 flights a day to or from that country.

Passengers arriving from Italy were having their temperatures taken and asked to sign forms declaring if they've had flu-like symptoms or not. Suspected COVID-19 patients were being hospitalized.

Puerto Rico's government established a task force charged with creating guidelines to be followed in the event of the virus reaching the US territory.

The guidelines have already been sent to all of the island's hospitals and epidemiologists, and health care professionals are responsible for immediately reporting any suspected case to the regional epidemiologist, said Health Secretary Dr. Rafael Rodríguez.

"We want to alert Puerto Ricans to implement these measures to avoid having this illness enter our territory," he said. "The common goal is to respond in unison and proactively to the potential entry of the virus, avoiding improvisation."

Venezuela, where the health system has been gravely degraded by years of economic crisis, was asking passengers to fill out health questionnaires upon arrival at Simón Bolívar de Maiquetía, the main international airport, and was working on extending vigilance to other ports of entry.

Chile announced a health emergency and measures including the purchase of millions of masks and protective outfits for health workers. Teams in the country's main airport were examining passengers arriving from zones with the virus.

In Colombia, health officials were delivering talks on avoiding infection in the country's main seaports. Health officials raised the risk of COVID-19 arriving in Colombia from low to "moderate" Monday in response to the new uptick outside China, noting that cases are now appearing in European nations like Spain.

As a new preventative measure, migration officials at Colombian airports have begun asking passengers not just whether they've travelled to China in the last 14 days, but also whether they've been in South Korea, Japan, Singapore, Italy or several other nations with cases.

On social media, the health ministry has reminded Colombians that violating measures aimed at preventing an epidemic carries a four to eight-year prison sentence.

According to officials, authorities have identified 13,000 hospital beds that could be used to treat those infected with the virus and are checking stocks of protective gear for medical workers like masks, gloves and antibacterial gel. Officials are also reminding Colombians to take basic precautions like washing hands.

Brazil's government confirmed on Wednesday that a 61-year-old Brazilian man who travelled to Italy this month has Latin America's first confirmed case of the new coronavirus.

"We will now see how this virus behaves in a tropical country in the middle of summer, how its behaviour pattern will be," Brazil's Health Minister Luiz Henrique Mandetta said in a press conference.

The Brazilian man spent two weeks in northern Italy's Lombardy region on a work trip, where he contracted the contagious virus, the health ministry said. Authorities had already said Tuesday evening that a first laboratory test for the COVID-19 virus had a positive result, and were waiting for a second test to confirm.

There are currently 20 suspected cases of the new coronavirus in Brazil, 12 of which are people who returned from Italy. Authorities have so far ruled out 59 cases that were suspected since the outbreak began.

Guatemala's president declared the maximum level of health alert. Since January, the country has barred people from China or those with coronavirus symptoms.

Panama also declared a national emergency. Tocumen airport has been equipped with an isolation zone for the examination of potential COVID-19 patients. Ships passing through the Panama Canal after stopping in a zone with infections must notify Panamanian authorities before arrival. All ships were being submitted to health inspections.

Paraguay's health minister said that people arriving from zones with coronavirus infection could be placed under quarantine at home even if they don't present symptoms. Those with symptoms will be taken to a hospital isolation ward.

Mexico, which has no confirmed case of the virus, is advising medical workers to be vigilant, recommending personal hygiene practices and encouraging people to avoid nonessential travel to the Hubei region of China that's at the center of the outbreak.