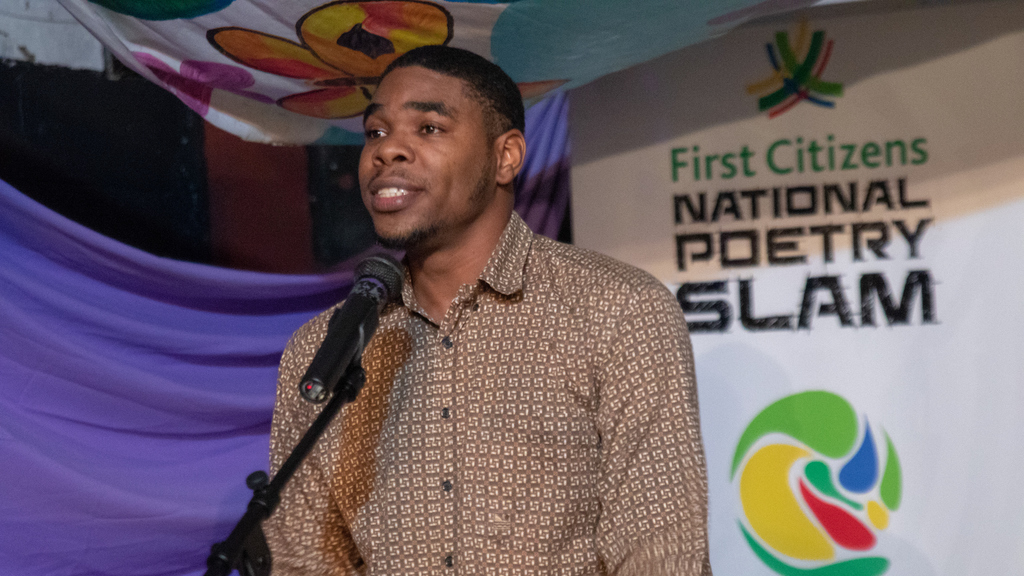 The first of two semi-final shows of the biggest spoken word competition in the Caribbean took place on Sunday, with the second booked for Sunday, March 31. In each show, 20 poets will vie for the judges’ favour at the Central Bank Auditorium from 6 PM.

As excitement mounts in anticipation of the premiere of the final season of the popular fantasy series Game of Thrones (GOT) on April 14, fans will be treated to the integration of Trinidad and Tobago’s lore, history and culture into signature GOT stories of rivalries, battles, and conquest.

The GOT theme was established back in January where each of the five open mic auditions held throughout the country was assigned a ‘House’, in keeping with the GOT plot of powerful embattled clans. Houses were identified by local, iconic socio-cultural references such as House Moko, House Jab, House Chantuelle, House Merikins, and House Maroons.

2 Cents Movement artistic director Derron Sandy says, “Marketing the Slam each year is all about accessing our younger audience (and their parents) by tapping popular culture. This year we capitalised on the Game of Thrones sensation to bring forward T&T’s own histories, lore, and lingo to set the stage for our lyrical battle for the microphone throne. FCNPS and GOT fans are in for a surprise!”

“I’m pleased with the amount of thought and energy that goes into creating this vital platform for performance poetry and the audience’s experience of it”, says NGC Bocas Lit Fest founder Marina Salandy-Brown. “It debunks the notion that our young people have no sense of place or context or identity. It’s clear what’s needed are opportunities and support, which, together with First Citizens, we’re happy to have facilitated.”

The best 15 will move on to the Grand Slam finals to challenge First Citizens National Poetry Slam defending champion Deneka Thomas for the “microphone throne” on Sunday 5th May at NAPA.

The First Citizens National Poetry Slam is the closing event of the NGC Bocas Lit Fest, which takes place from May 1 to 5 at the National Library and Old Fire Station. The festival's title sponsor is the National Gas Company of Trinidad and Tobago.