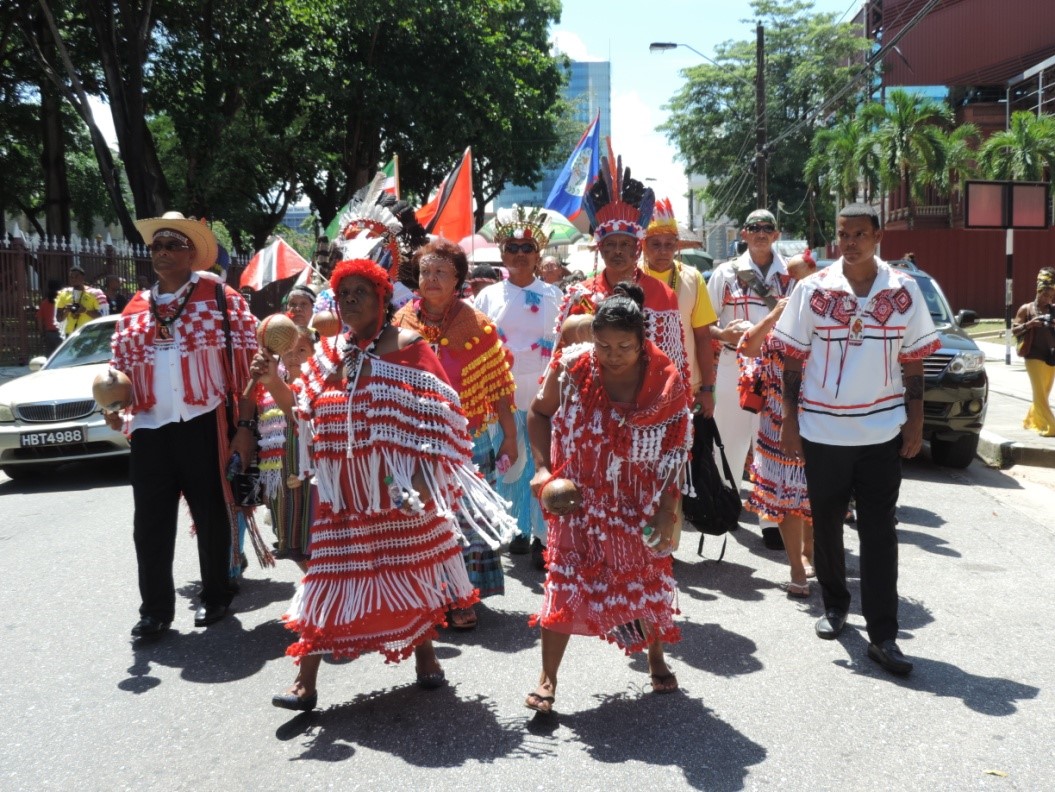 The Santa Rosa First Peoples Community have welcomed the decision taken by Cabinet to give a one-off public holiday to the community on October 13, 2017.

Chief Ricardo Bharath Hernandez acknowledged that while past governments have taken incremental steps towards recognition of the community, the latest decision is a major one which will “cause the national community to stop and focus attention on the First Peoples of this land”.

The Chief said the holiday serves to highlight the fact that the First Peoples have made their contribution to the development of this land, and continue to do so.

He noted that the Santa Rosa First Peoples Community Museum, since its inception in 1976, has welcomed students from pre-school to tertiary level, working on projects on the First Peoples’ History.

“While it is heartening that this important aspect of Trinidad & Tobago’s history is being recognised, it is equally disheartening that many of the Researchers say “I never knew this place existed”.  This explains the need to maintain the operation of the Museum, and the establishment of the First Peoples Heritage Village,” he said.

He believes the holiday will build a greater recognition of the existence of the descendants of the First Peoples of Trinidad and Tobago.

He called for an Ingathering of the First Peoples in Trinidad and Tobago, inviting individuals, groups and organisations, to work together in the established Celebration of the Festivals, and island-wide activities for the national celebration of the holiday – which he described as a “jewel of great price”.

Meanwhile, Arima Mayor Lisa Morris-Julian and the Arima Borough Council share in the First Peoples’ joy over the granting of the one-off public holiday in commemoration of their contribution to the nation.

Morris-Julian, who has both maternal and paternal First Peoples lineage, said she takes special pride in the holiday.

She said the statue of war-chief Hyarima at Hollis Avenue serves as a daily reminder of the First Peoples and their significance as monumental guardians of the town.

Hyarima’s struggle to ensure his people’s safety and continuity amidst colonizers provides an example for all leaders entrusted with the task of protecting their community, she added.

The Council said it holds the Santa Rosa First Peoples Community in high esteem, as a “treasured staple of the borough”.

The Mayor, along with the Council, applauded the work of the Santa Rosa First Peoples Community Chief, who relentlessly called for all First Peoples to be acknowledged by way of a national celebration.

The Mayor and Council say they look forward to celebrating the occasion with the Community.