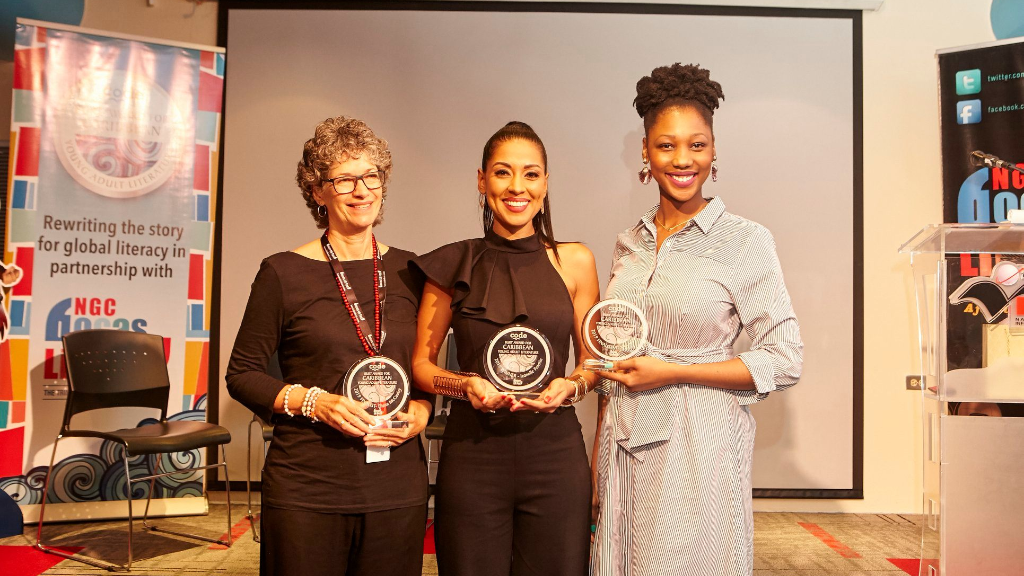 Trinidadian author Jeanelle Frontin has been named the winner of this year’s CODE Burt Award for Caribbean Young Adult Literature.  Frontin, a debut author, received the first prize of $10,000 CAD for her self-published book The Unmarked Girl at a special event for students on the second day of the 2019 NGC Bocas Lit Fest (May 1-5) at the National Library in Port of Spain.

Frontin was one of three finalists in the running for the 6th and final edition of the prize. Both previous CODE Burt Award winners, Jamaican Diana McCaulay (2015) and Trinidadian Tamika Gibson (2016) received finalists’ prizes of $2,000 CAD for their YA manuscripts, Daylight Come and The Accidental Prize, respectively.

The 2019 finalists were selected from 46 submissions of both published books and unpublished manuscripts from around the Caribbean.

Bocas Lit Fest founder and director Marina Salandy-Brown says “Based on the judges’ remarks, we know these are all solid submissions, worthy of being published and getting into the hands of young people across the region. And we’re thrilled by the response of the students to each of the readings by this year’s Burt Award winners. It simply means the work we’ve been doing in schools with CODE and the Ministry of Education must continue.”

Established by CODE – a Canadian charitable organisation that has been advancing literacy and learning for 59 years – and administered by the Bocas Lit Fest from 2014 through 2019, the CODE Burt Award for Caribbean Young Adult Literature recognizes up to three English-language literary works for young adults (aged 12 through 18) written by Caribbean authors.

The 2018 winning manuscript The Dark of the Sea by Imam Baksh, and the two finalists, My Fishy Stepmom by Shakirah Bourne and A Dark Iris by Elizabeth J. Jones, were published in April 2019 by Jamaican publisher Blue Banyan Books. Honouring their 2018 prize commitment, CODE has purchased two thousand copies of each title to be distributed through local partners in the region to schools, libraries, and community organisations.

Students attending the 2019 winners showcase event as part of this year’s NGC Bocas Lit Fest were among the first to receive copies of the newly published prize-winning books.

Earlier this year, CODE and The Bocas Lit Fest announced that the Burt Award for Caribbean YA literature is now in its final year. The two organisations have started the search for a replacement donor.

A rich blend of literary talent