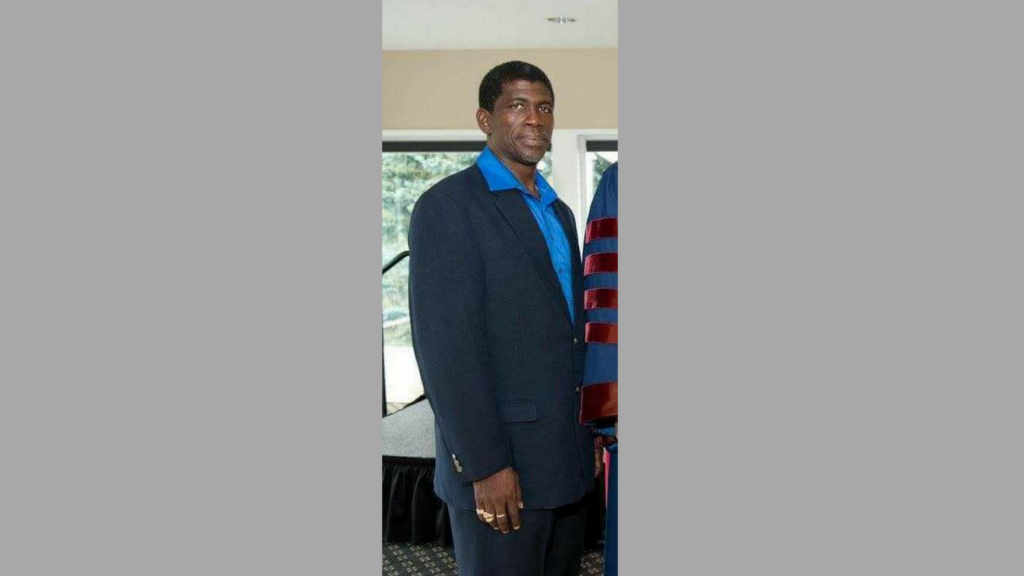 (Photo: Richard Baird's body was found after he went missing during a difficult hike last Saturday).

The hike which cost Richard Baird his life was so difficult it was rated as ‘unclassified’, with a difficulty level of nine out of a scale of one to eight.

Speaking with LoopTT, Director of the Fitness Walkers, Mario Russell, expressed sadness over Baird’s death and said that the hike was strenuous even for the more skilled hikers in the group and that it had been advised that only experienced hikers should even attempt the venture.

Baird’s body was found at the foot of a precipice near to Hollis Waterfall in the Aripo forest on Tuesday after he went missing while hiking back from the waterfall on Saturday. It is thought that he slipped and fell while on the return journey.

Emergency responders attempted to airlift his body back via helicopter on Tuesday, however, due to difficulty in clearing a landing area for the helicopter, officers had to pause retrieval efforts and resume on Wednesday.

Baird's body was finally airlifted back to Camp Cumuto army base on Wednesday just after midday.

Russell also clarified that Baird had not been last in the group as there were six people behind him before he slipped and fell.

“It’s a 10-hour hike, we started around quarter to six in the morning, and the conditions were very slippery so it took about five hours to get to the waterfall.”

“The hike was advertised nine, as unclassified, it’s not for the casual hiker, and we cautioned that people who were uncertain as to their level of fitness should call us first,” he said. 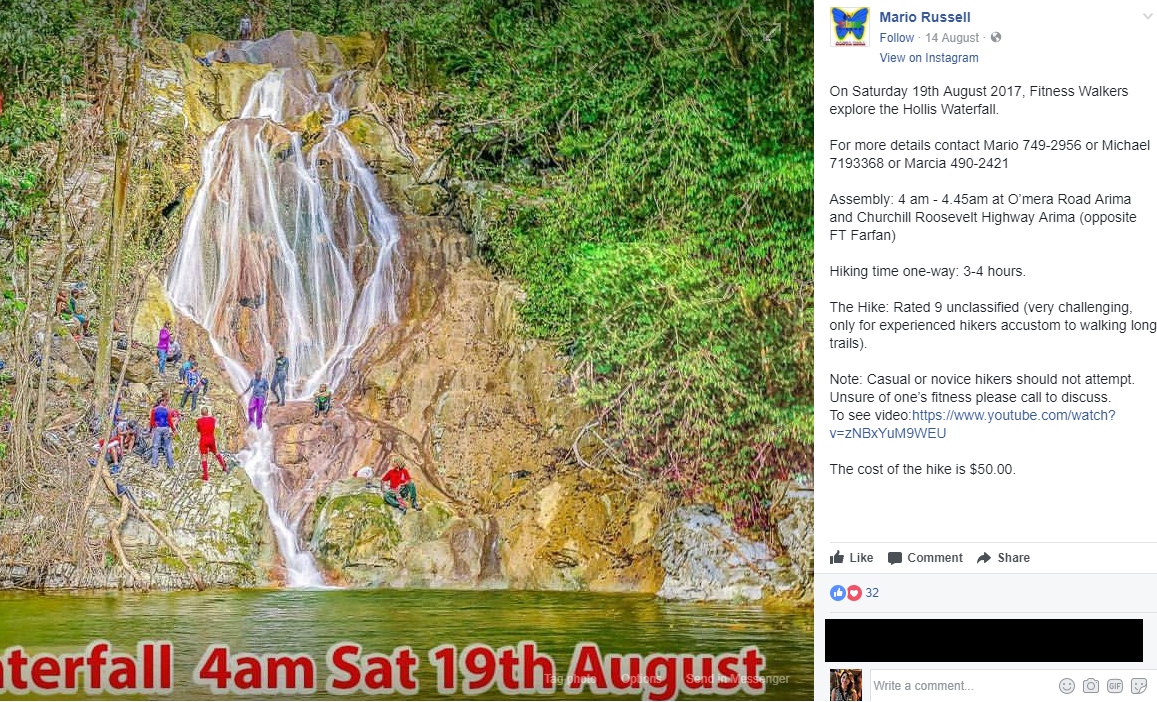 “Island Hikers does family hikes, whereas Fitness Walkers does the more challenging hikes. But Mr Baird, being a more experienced hiker would have loved the challenge of getting there, and he did get there, but the effort is coming back. You have a serious mountain to climb, to complete that climb took four hours, it may seem simple but it’s very difficult.”

“The Fitness Walkers group is not for beginners, it’s for advanced-level hiking,” he said.

He said out of the total group of 60 people there were four hiking guides, two at the front and two at the end of the group.

Video: Police and fire officers retrieve the body of Richard Baird after he went missing during a hike last Saturday.

He said during the return journey Baird began complaining of leg cramps, and said at one point that he ‘needed to sleep’.

“While on the way up, he complained of cramps in his legs…at one time I saw him come out of an area and I asked him if he was ok, and he said he was sleepy, that he needed to sleep.  Near the top of the mountain we were on the home stretch with about an hour to complete, everyone was extremely exhausted, I also noticed that the soles of his shoes were coming out, they were flapping, so I cautioned him again, I said he had to be careful on these slopes,” Russell said.

Russell said he had to attend to another woman in the group and asked Baird if he would be ok, and Baird said yes.

“I told him I had to leave to go help someone. My last words to him were, ‘I’m going in front now, are you ok?’ And he said ‘Yeah, go ahead’,” Russell said.

Russell explained that due to the nature of the terrain as well as the steep slope along the single-file trail, each hiker would have been unable to spot other hikers or notice if they had encountered any difficulty.

“It’s not a regular trail, you’re climbing areas, there are precipices, there are steep inclines. You have to be careful walking on the trail,” he said.

Russell said there was a point along the trail where a landslide had occurred and that is where Baird may have slipped and hit his head.

He said that based on the position of Baird’s body, he may have gotten up and walked for a while trying to regain access to the trail and then may have collapsed.

“The people coming up from behind did not see or hear anything, and they were close behind him, because of the montane type of forest at these high altitudes. Although six people passed, none of them saw him.”

He added that group also had a total of four hiking guides, two at the front and two at the back of the group.

Russell said the group finally gathered at 5:15 pm and, realising that Baird was not with them, went back out to search until midnight.

Russell said that he is saddened by Baird’s passing but said that as an experienced hiker that his group had taken all the necessary precautions and that due to the nature of the hike, an element of risk was involved.

“We have always had first aid kits, we had all of the things that we would need. We have been doing this thing for over 20 years, so it’s standard procedure. Especially for this trail,” he said.

Russell added that he also had a muscle spray which he used to help Baird after he complained of leg cramps.

He added that although all safety precautions were taken, there is always danger involved, especially for a difficult hike of that nature.

“It runs with the territory. It’s easy to slip or trip, and people know that there’s a level of risk involved. But does that mean that we should not continue to see these beautiful places?”

“People don’t know their condition all the time, even me, I suffered on that hike too.”

“It’s somebody we know, it’s sad and our whole group is saddened by it,” he said.

Man shot and killed in Barrackpore