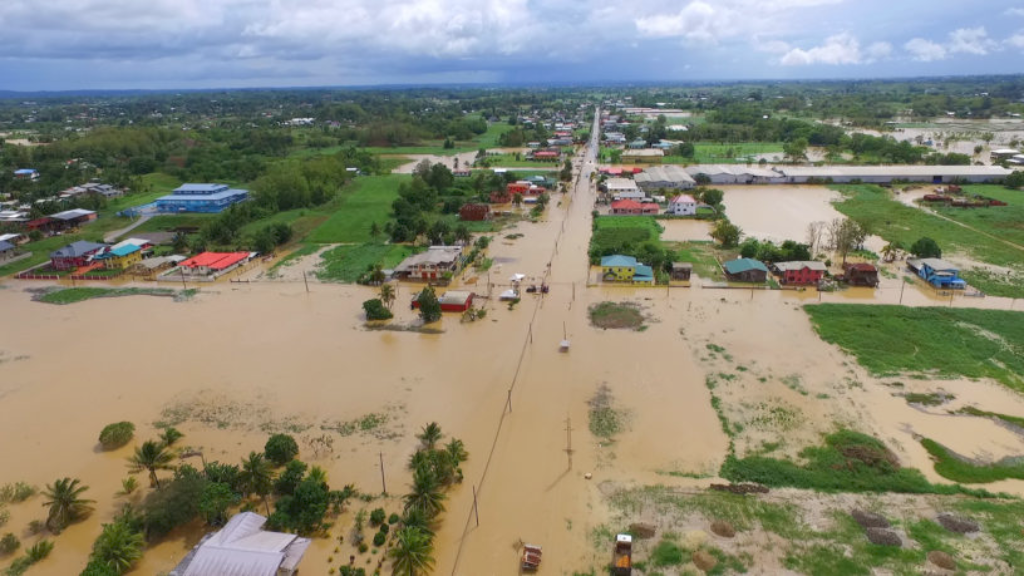 Families living along Oropouche Road near Fishing Pond said after flood waters damaged their homes five days ago, they are yet to receive aid from public officials.

Speaking to LoopTT, Lucy (not her real name) said she has never in all her years of living at Sangre Grande seen flood waters that high.

She said that she has seen posts showing councillors and others delivering items some streets away but for some reason, she and approximately five other homes in the area did not receive any assistance.

"To be honest we haven't received anything up to now, we had to use whatever funds we had to buy sanitisers, disinfectant, brooms, mops, everything. We have lived for 38 years here but we've never had flooding inside our house like this," she said.

"We haven't seen the councillor or anyone from the regional corporation yet, but on Facebook I saw them going higher up on the road. I live just by the river but nobody ever came to these houses, and we live a few feet away from the main road."

The woman related how she was forced to seek respite in the upstairs bedroom of her house, remaining trapped there with her granddaughter with only a few crackers and some snacks for almost two days before the waters finally receded.

"The rain started falling from Friday, the water came right around the house but then it went down. But around 3:30 pm on Saturday the water started to come up. I went to the river and saw the water was close to the road, so we started to put our furniture as high as it could go on some blocks, but the blocks were too low and the water destroyed everything, the fridges, everything."

"The water got to about four of five feet. I live in a semi-upstairs house, it’s about six or seven steps to go upstairs, so we slept upstairs but we couldn’t even come down. When my granddaughter saw the water rushing in she grabbed a box of cornflakes and a bag of Crix," she said.

Lucy said she did go to Sangre Grande to file claims for her damaged items, but remained hopeful that she might be able to salvage something.

"By the grace of God maybe the fridge will still work. Right now I thank God because at least I have a few pennies and I can go get some food to get by," she said.

Lucy said her daughter, who lives in Chaguanas and was not affected by the flooding, contacted the Sangre Grande regional corporation but to date, no one has visited her.

She said she was told that persons would pass by on Thursday or Friday to carry out assessments and said she hoped that someone would be able to render aid.

The woman said there are approximately three persons in her household and a total of approximately five homes in her area which were affected, including her brother-in-law.

"My brother-in-law lived there so long and never got flooded like that. They had to sleep in their car by the roadway where it was dry. We had it hard, but God is good, we will survive," she said.

Other persons who said they had not yet received help included families along River Road, Vega de Oropouche, McShine Street, Co-operative Street, and Toco Main Road.

Fifth earthquake recorded near T&T in past week