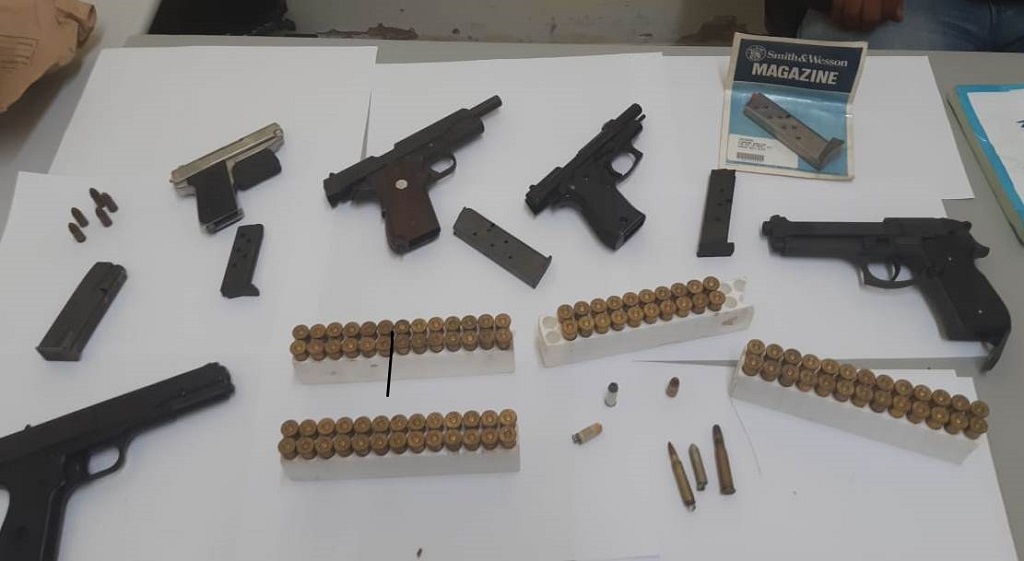 The gun and ammunition bust made by the police on Tuesday, September 29.

Five men have been arrested on suspicion of trafficking in firearms following an early morning bust at a bonded warehouse in the El Socorro Trade Zone.

The arrests were made and firearm and ammunition recovered during a series of anti-crime exercises by members of the San Juan and Morvant Criminal Investigations departments and the North Eastern Division Task Force on Tuesday, September 29.

It is reported that officers received a report that several men were at a bonded warehouse in the El Socorro Trade Zone.

The lawmen proceeded to Nazim Avenue where they confronted five men who were loading bags into a white panel van. On spotting the officers, the men allegedly ran and were pursued.

A 39-year-old El Socorro resident was caught and arrested.

Meanwhile, three pistols and two air rifles were reportedly found in the panel van. The pistols include one 380 Ekol, one Ekol Special 99, 45 calibre M19, one Bryco and .38 revolver and 106 rounds of ammunition.

Subsequently, four men were held after assistance was received from the Air Support Unit and K-9 Unit.