Five held in Morvant in connection with double murder 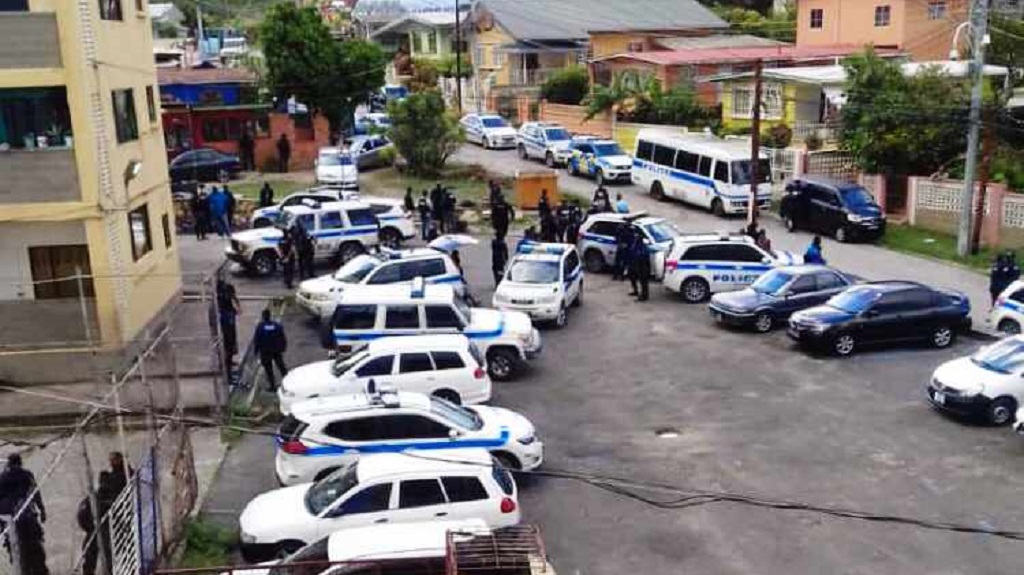 Five persons are in police custody following a massive police exercise on Thursday in Morvant.

The five were detained on shooting inquiries, and are to be questioned in relation to last week’s double murder along Almond Drive, Morvant.

The operation took place between 3-6 pm and involved officers from the Northern Division, under the supervisions of Snr Sup Phillip and Sup Alexander, with assistance from the Trinidad and Tobago Defence Force, the Inter-Agency Task Force, the Court and Process Branch, and other units.

Police said a total of 125 officers and security officials took part in this exercise.

The five are to be questioned regarding the killings of Taurean Holder, 36, and Wayne Liverpool, 32, who were shot and killed along Almond Drive, around 3.00 pm on Saturday.

A 39-year-old woman, known to both men, was found bleeding from multiple gunshot injuries nearby and is still warded at the Port of Spain General Hospital in a critical condition.

Police are hopeful that she makes a full recovery so that she could be questioned on the incident.

The operation was recorded by residents of the community.