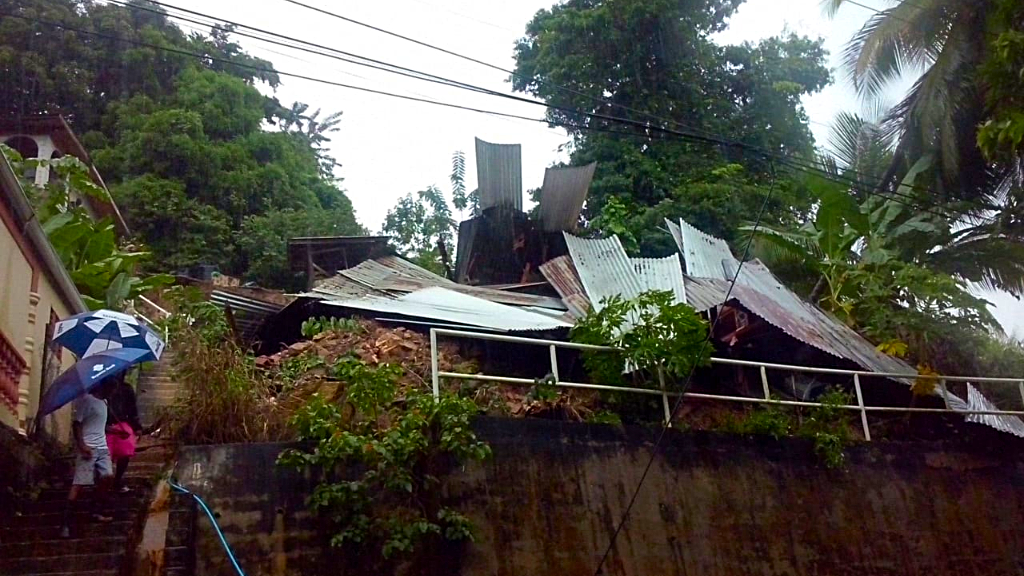 The house, located at Williams Street, Mt D'Or, reportedly collapsed at about 1:00 pm on Tuesday, an hour after Tuesday's sudden downpour which left many areas along the East-West corridor experiencing flash flooding. 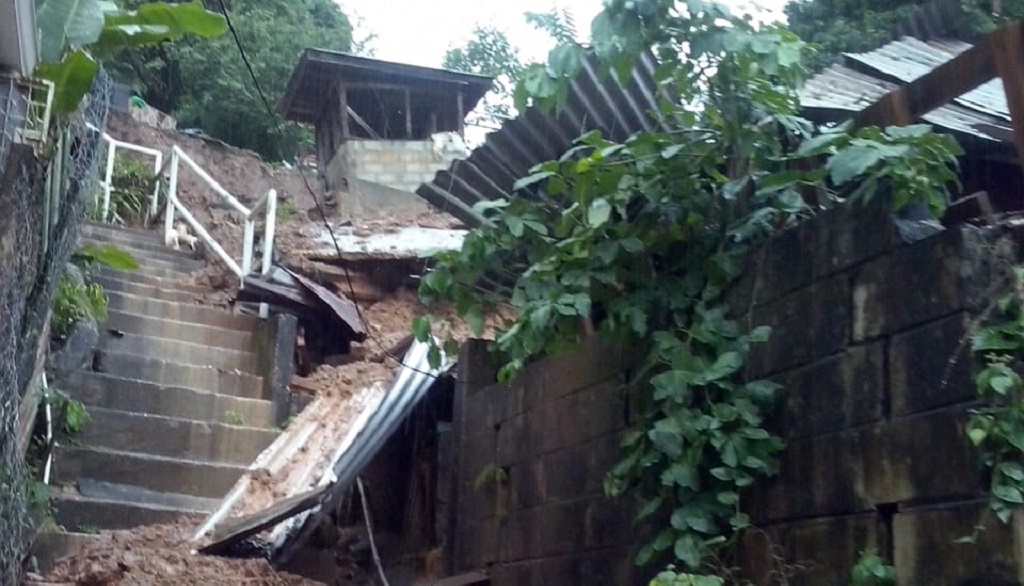 The rains began at about midday, and within an hour, the home – which houses five persons – plunged an estimated 15 feet down.

Thankfully, the plunge was not a sudden one, and the occupants of the house were able to safely evacuate.

Member of Parliament for St Joseph Terrance Deyalsingh visited the scene on Tuesday and spoke to the family.