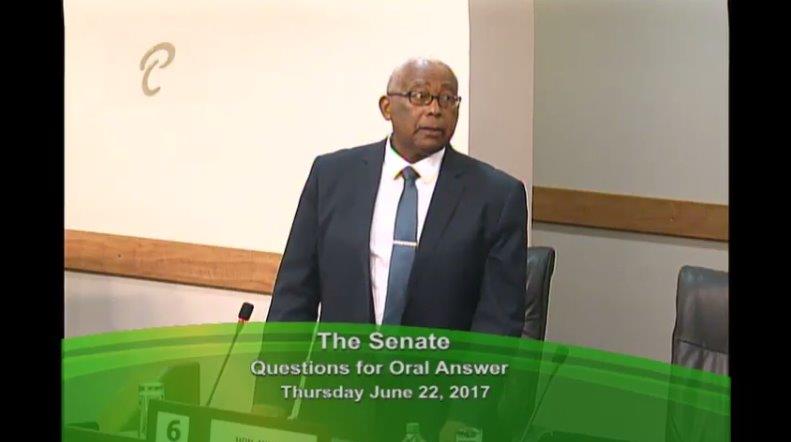 Education Minister Anthony Garcia responds to a question in the Senate on Thursday.

While some schools have been reopened following the completion of restoration works necessary after the destruction of Tropical Storm Bret, others remain closed.

However, North Oropouche RC, Mayo RC, Rousillac Hindu, Warrenville TIA, and Warrenville Presbyterian remained closed as access roads to these schools have been closed off due to rising flood waters.

Two of those schools - the Warrenville TIA and the Warrenville Presbyterian - which were not closed previously, were closed on Thursday as a result of the banks of the Caroni River overflowing.

Responding to a supplementary question from Opposition Senator Wade Mark, Garcia said he could not offer a timeframe on when the schools would resume operations as he did not have “control over nature”.

He noted that three schools were used as shelters, with the Valencia Government School no longer in use for that purpose.

Tropical Storm Warning: All schools to be closed on Tuesday

Update: Six schools to remain closed as others reopen tomorrow