Florence the week after: Thousands brace for more flooding 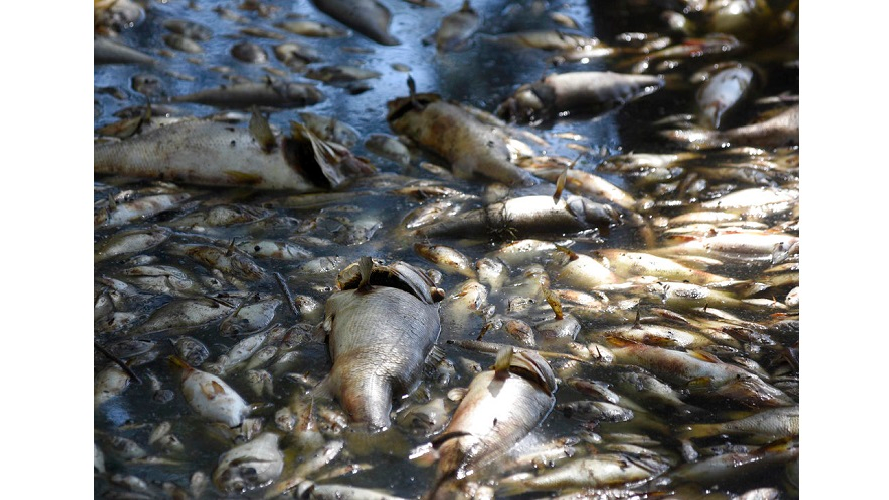 Dead fish lie around the edges of Greenfield Lake in Wilmington N.C., Sunday, September 23, 2018. The fish began dying following the landfall of Hurricane Florence but no official explanation has been given by the N.C. Department of Environmental Quality.

Thousands of coastal residents remained on edge Sunday, told they may need to leave their homes because rivers are still rising more than a week after Hurricane Florence slammed into the Carolinas.

About 6,000 to 8,000 people in Georgetown County, South Carolina, were told to be prepared to evacuate ahead of a "record event" of up to 10 feet (3 meters) of flooding expected from heavy rains dumped by Florence, county spokeswoman Jackie Broach-Akers said.

She said flooding is expected to begin Tuesday near parts of the Pee Dee and Waccamaw rivers and people in potential flood zones should plan to leave their homes Monday.

The county's emergency management director, Sam Hodge, said in a video message posted online that authorities are closely watching river gauges and law enforcement would be going door to door in any threatened areas.

"From boots on the ground to technology that we have, we are trying to be able to get the message out," Hodge said in the video feed, advising people they don't need an official order to evacuate should they begin to feel unsafe.

In North Carolina, five river gauges were still at major flood stage and five others were at moderate flood stage, according to National Weather Service. The Cape Fear River was expected to crest and remain at flood stage through the early part of the week, and parts of Interstates 95 and 40 are expected to remain underwater for another week or more.

"Hurricane Florence has deeply wounded our state, wounds that will not fade soon as the flood waters finally recede," Gov. Roy Cooper said Saturday. The storm has claimed at least 43 lives since slamming into the coast Sept. 14.

He said residents who register with the Federal Emergency Management Agency can begin moving into hotels Monday.

The program initially will be open to residents in nine counties and then will be expanded.

A FEMA coordinator said about 69,000 people from North Carolina already have registered for assistance.