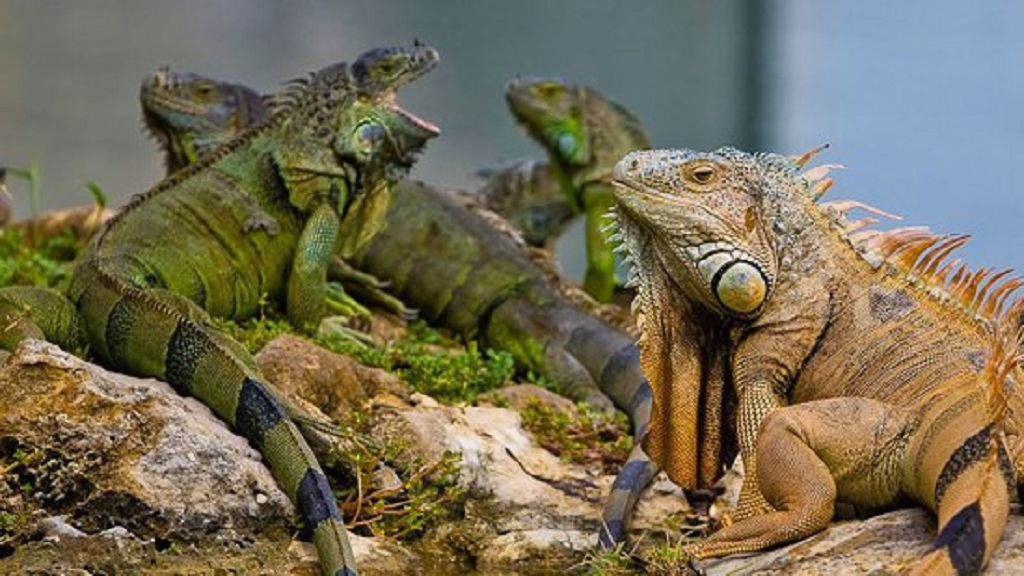 Residents in Florida are complaining of being overrun by iguanas.

According to a report by the Sun Sentinel, green iguanas are swarming seawalls, breaking into backyards, destroying property and even fighting in the street, according to a recent video shared online.

The report said the warmer temperatures have resulted in more activity, leading to what experts say may be record numbers.

Thomas Portuallo, owner of Iguana Control in Fort-Lauderdale said the invasive lizards are in the ‘hundreds of thousands’ in and around the Broward, Miami-Dade and Palm Beach counties.

“There’s no real way to come up with a valid estimate of the number of green iguanas in Florida. But the number would be gigantic,” says Richard Engeman, a biologist for the National Wildlife Research Center. “You could put any number of zeros behind a number, and I would believe it.”

About 8 percent of power outages, or 9,200 a year, are caused by animals and birds, says Richard Beltran, a Florida Power and Light spokesman.

In South Florida, iguanas are the second leading cause of power outages, behind squirrels.

One resident even pulled an iguana out of her toilet after it latched onto a plunger some years ago.

In Florida, iguanas have no natural predators, and are fast on land and in water, making them difficult to catch.

In Florida it is legal to shoot iguanas in the head with a pellet gun, stab them in the brain and even decapitate them as long as they don’t suffer, according to state law.

In Trinidad and Tobago it is legal to hunt iguanas during hunting season which lasts from October to February every year.

The Jamaican iguana, an international success story in conservationism

It's so cold in Florida, iguanas are falling from trees