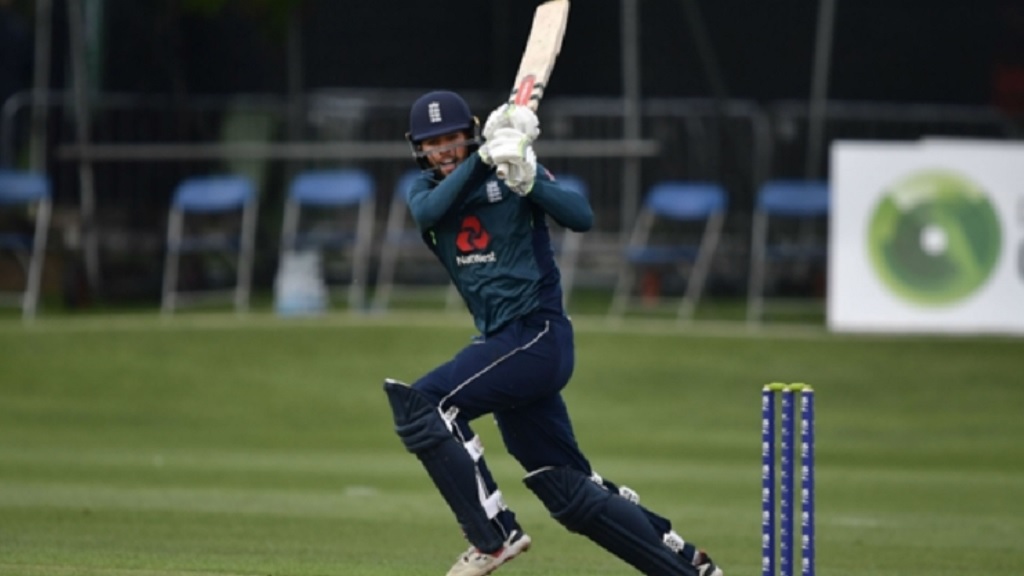 Rain delayed the start of play at Malahide and saw the match reduced to 45 overs a side, but when proceedings did get underway it appeared poised to be a procession for the visitors.

All-rounder Archer left out of England's preliminary World Cup squad, stated his case to force his way in before May 23 with a maiden international wicket but was outshone by Liam Plunkett (4-35) and Tom Curran (3-35) with the ball.

Their efforts saw Ireland bowled out for 198 and, although England at one point appeared in danger of a humiliating defeat at 66-5, Foakes (61 not out) and Curran (47 no) led the recovery and sealed a four-wicket win.

William Porterfield and Paul Stirling initially coped well on a difficult pitch in overcast conditions but the latter's exit, which saw him chip Plunkett to a diving Archer at mid-on, opened the floodgates.

The next three wickets fell for just 22 runs - Kevin O'Brien dismissed thanks to a superb diving catch from Joe Denly - with Andy Balbirnie cleverly stumped by Foakes after he and Gary Wilson steadied the ship.

Mark Adair provided some resistance with 32 off 30 but became Archer's first international scalp to scything yorker, the tail falling in short order thereafter.

Yet some spectacular work in the field gave Ireland hope. George Dockrell's magnificent catch at midwicket saw the end of James Vince for 18 as Little shone, dismissing Eoin Morgan (0) and Dawid Malan (24) after Joe Root went to Tim Murtagh for seven.

However, Foakes and Curran ensured Ireland's hopes of an upset would be frustrated thanks to an unbeaten 98-run stand.

ODI debutant Foakes began to gather steam in the 33rd over, in which he hit a six over fine leg and pierced the covers for four, but two overs later he was fortunate to survive an lbw appeal from Murtagh.

Replays confirmed Foakes would have been out had Ireland reviewed – the ball shown to hitting the top of leg stump - but from there he and Curran were never in danger and steered England to victory with 18 balls to spare.