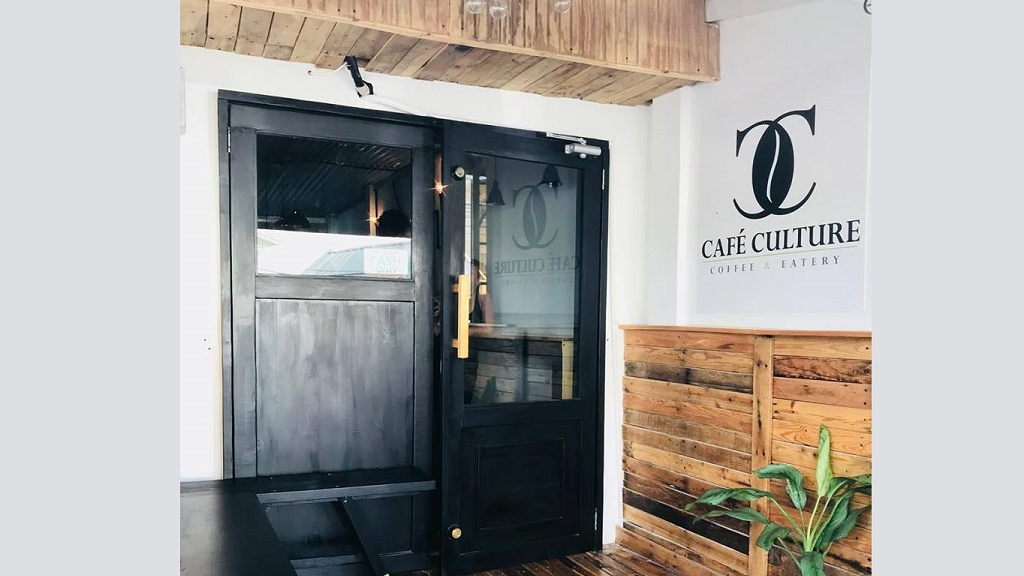 Amidst the bustle of Maraval Road, Port of Spain, a tiny oasis lies tucked away with only the aroma of freshly brewed coffee to lure one inside.

Owner Javier Price, who opened his café earlier this year, said the cafe features a mix of various coffee blends from South America and as far abroad as Italy.

A particular blend of coffee from Venezuela is also a major hit with patrons, said Price, who is Venezuelan/Trinidadian.

"I like a mix of different coffees but there's a blend from Venezuela that's really popular. People come here and they really love the place. They love the decor, the ambience, and I seem to be getting really good feedback all the time. They enjoy the food, the coffees, they like the service and they keep coming back which is a good sign."

"A lot of people have been saying they kind of forget the outside world when they come in here, so I'm happy I can provide that, it's a different twist with some Trini flavour," he said. 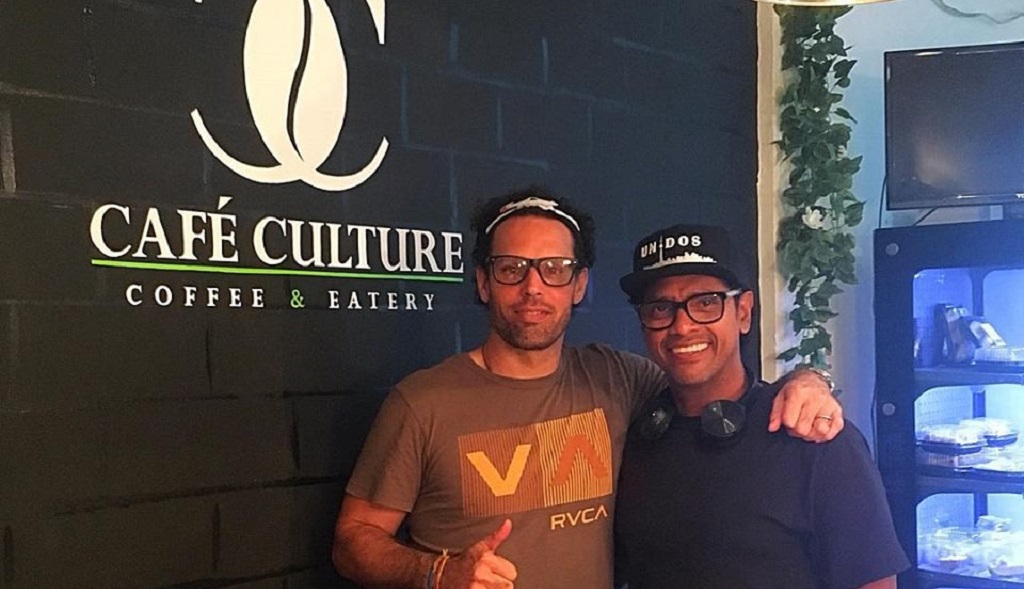 (Photo: Price poses for a photo with a patron who visited from Canada. Photo via Café Culture/Facebook.)

The café offers a range of lunches, baked goods and breakfast items, from yoghurt and fruit cups to caramel pecan bars and baked meringues, known locally as 'soupees'.

As a new business owner, Price said he's positive that with the gradual improvement in the economy local businesses can bounce back, but maintains that government should make it easier for start-up businesses.

"Government still isn't doing enough on the whole for local small businesses. In general, loans are hard to get, it's as though businesses need the money for their businesses in order to apply for a loan, to get the money for their businesses. It makes no sense. Simple things like opening a bank account, it's not so simple. These are the things that help to promote business and it's not so easy to do in this country," he said. 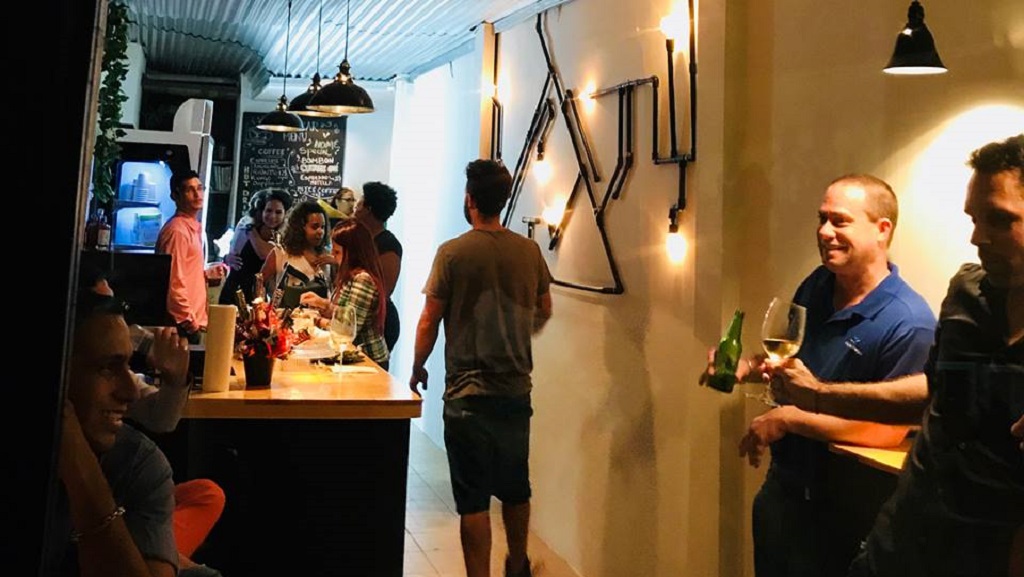 Price said the xenophobia coming from many Trinidadians in response to an increase of foreign nationals in the country stems from misinformation and ignorance.

In fact, the café was designed by a Venezuelan graphic designer and chef who recently moved to Trinidad and Tobago with her husband and baby.

Price said the move was not an easy one for them, and that they long to return home to the peaceful life they once led. 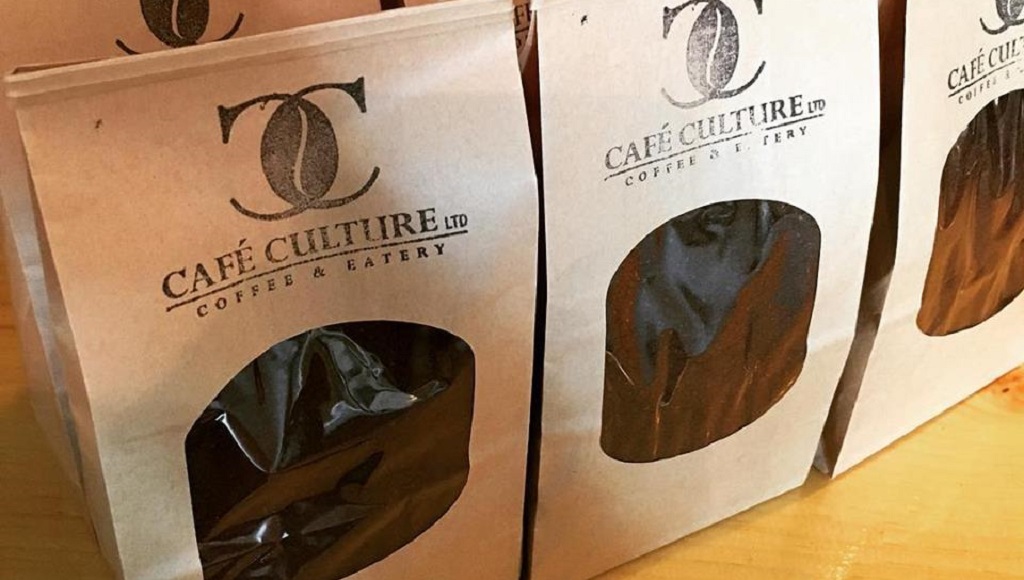 Price added that the injustices being dealt to migrant workers who may not be able to speak English should be addressed.

“A lot of them can’t speak English, they’re promised certain jobs and then when they get here it’s not what was depicted. If NGOs can do something that's good, but I think the government also plays a role in protecting vulnerable people from being exploited.”

He added that many of these migrant workers are highly skilled and can benefit the country once they are allowed to contribute.

“In many instances, a very large percentage of foreign workers are highly educated people and I think they should be given a chance,” he said.

Price said he last visited Venezuela approximately two years ago and described the situation there as ‘absolutely crazy’.

“It’s mind-boggling that something like this could just happen and the international groups don’t help in any way. Two years ago it was bad but now people tell me it’s ten times worse. It's absolutely crazy.”

“Most of the Venezuelans who live here, they didn’t choose to, they are running away from something, terrible crime, starvation, and even death. They miss their home.” 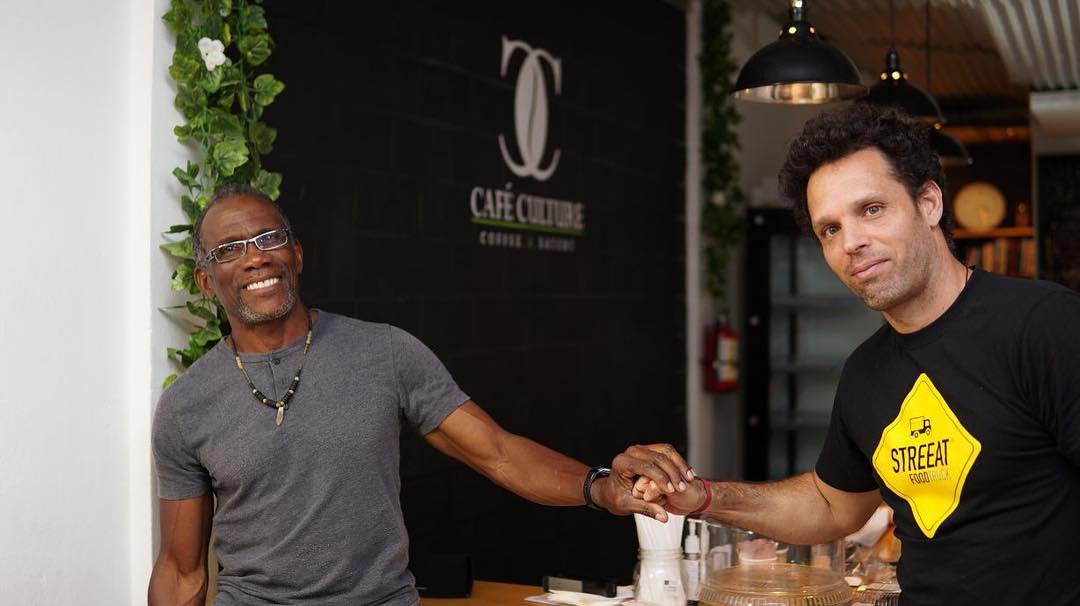 He added that Trinidad and Tobago should do more to capitalize from this influx of skilled labour.

“Government should make it easier for them to access a temporary working permit to allow them to be incorporated into the system and to be able to pay taxes and other contributions.”

“Look at Florida, Florida is what it is today because of the Latin community. Everyone knows that. Miami and by extension Florida was boosted by the influx of the Latin communities, they brought business, culture and skilled labour. And we can do the same in T&T,” he said.

He also called on Trinidadians to remember the country’s motto of equality for all.

“When I started primary school, I sang, ‘here every creed and race finds an equal place, and may God bless our nation’. I love those lines and I think it’s time that we stand by that,” he said. 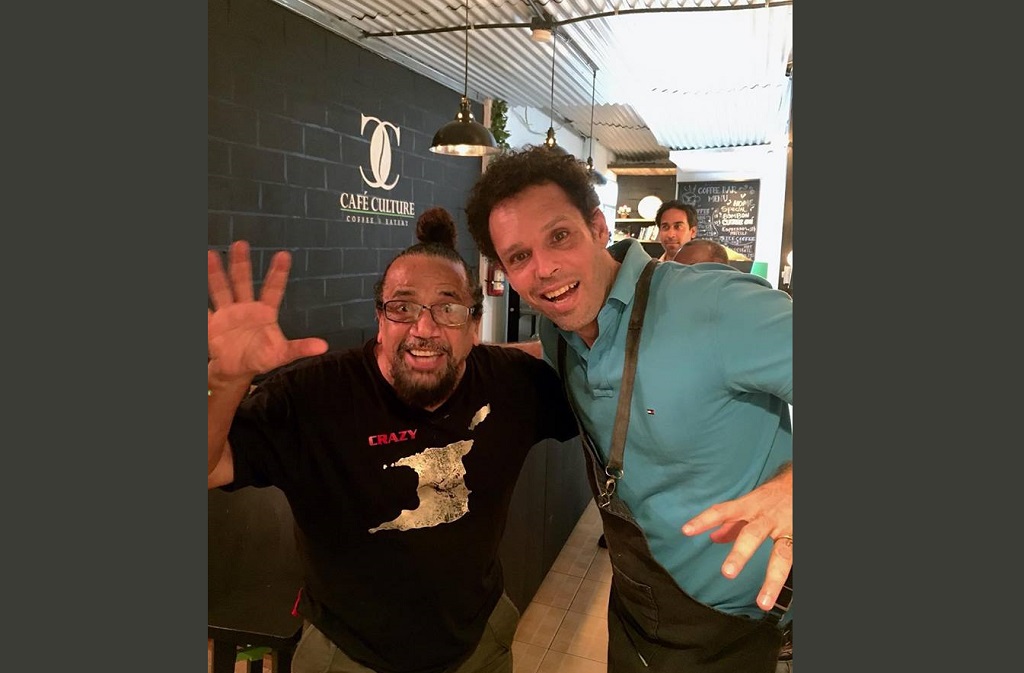 Price said he loves meeting new people who visit his café and hopes that it becomes a staple on the Maraval Road strip.

“I like the location, I meet amazing people almost every day here. A few of them are foreigners who are visiting and they found the café. I do look forward to that on a daily basis.”

“I always want to offer a different twist so there’s always something fresh and new, to keep customers coming back,” he said.

Find out more about Café Culture on Facebook: www.facebook.com/CafeCulture26