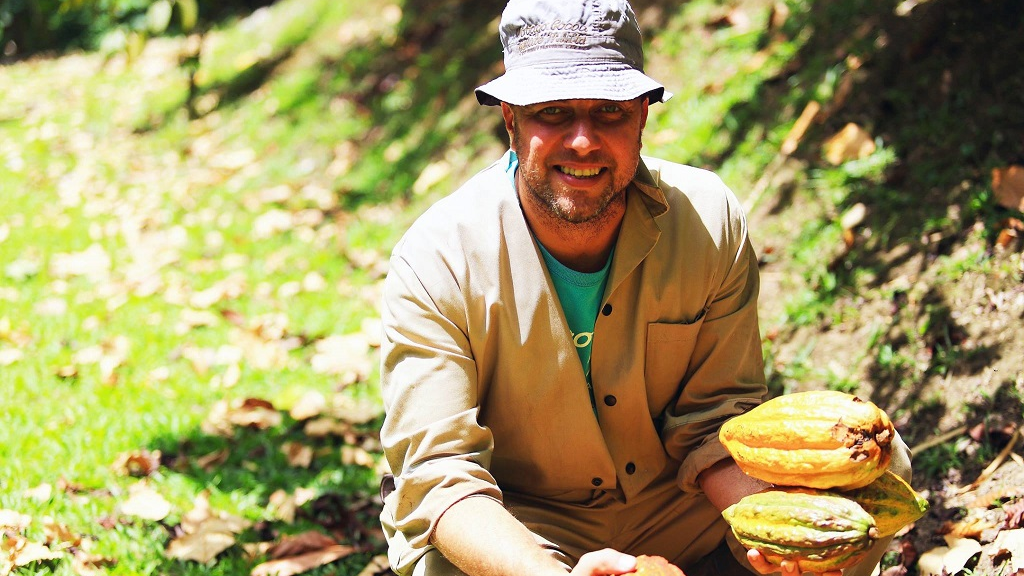 From the hills of Tamana in Trinidad comes a delicious new, all local chocolate bar.

Duane Dove, owner of the Tobago Cocoa Estate, told LoopTT that their newest product comes from the Rose Hill Cocoa Estate in the hills of Tamana Mountain, which is owned by local cocoa farmers and leased by his estate.

Rose Hill Estate in northeast Trinidad is experiencing a resurgence, mainly through Dove's initiative to lease cocoa estates owned by small farmers in the region, reviving the region by paying farmers almost twice what they would usually be paid for their cocoa.

The estates, which are leased from the farmers, produce the country's famous Trinitario cocoa, which is crafted into the finest chocolate by American chocolatier Art Pollard of Amano Chocolates. The chocolates have already gone on sale in parts of the US and Europe.

Dove told LoopTT that Rose Hill Estate and Tobago Cocoa Estate produce chocolate which he oversees from bean to bar.

"90 percent of the work is done where it is grown. Growing it, drying it, making it properly and making sure that it’s done in an environmentally friendly way," he said.

Dove added that his company is also applying for CERES certification which will ensure that the product continues to be of the highest quality.

“We are going to be the first ever cocoa estate in Trinidad and Tobago to be going through the CERES organic certification programme," he said, adding that a team will be visiting from Germany in June to carry out an audit of the Tobago Cocoa Estate. 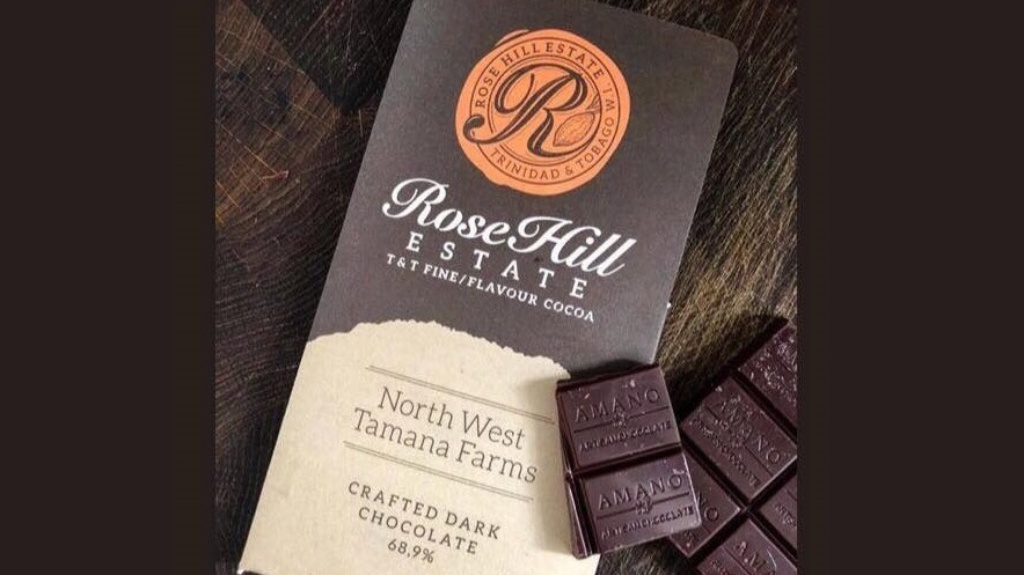 The Tobago Estate's Laura chocolate bar has already won numerous international awards since 2010, and Dove wants to continue this trend. The Tamana estate project was launched in 2013 through an arrangement with cocoa farmers, leasing the land and giving small cocoa farmers much more for their product than they would usually get.

"All of that area consists of small holdings we offered to lease the land and reap the cocoa and the farmers are paid a price per kilo for the dried beans. It’s a very attractive deal for the farmers. In other words, the cocoa you see rotting in the fields? We want that," he said.

"That led to this route, Rose Hill Estate. It’s a chocolate we’re making with an American chocolatier, one of the first American bean-to-bar revolutionaries, Art Pollard. We have a working relationship with him..we’re all artisans so we know each other. I send my beans to him and then at his place we create the chocolates," he said.

Dove said the company now exports the new chocolates, which have only been on the market for about a month, to the Portland/Oregon area in the US as well as Sweden, Denmark and Germany.

“I think the model that we are doing here with Tamana is important because there are so many small farmers who previously were not paid enough for their product. Traditionally there's a system where the farmer sells his wet beans to a buyer, the buyer pays next to nothing...the prices were so horribly low."

"My model entails that we go in and work with the farmers, clear the land, carry out our own processes to dry the beans and work with our own product. We don’t sell the beans, whatever we harvest, we make," he said.

Indeed, the quality of the chocolate speaks for itself. The Tamana bar consists of 68.9 percent cocoa solids with a rich, creamy taste and sells for around $TT100 or $TT65 per bar.

“We’re not selling cocoa beans, we’re working with farmers to create a product. We follow best practices by working with these farmers and we’re revitalising the industry by paying them for their produce. This is the result and it’s being well-received so far," he said.

“(Climate change) is threatening the cocoa industry in a big way, its something that everyone is scared of...there are a lot of environmental changes happening."

"With the two major hurricanes (Irma and Maria) we had last year, even though we weren’t directly hit there's a massive weather system that follows them."

"All that moisture and rain is not good for cocoa because you can get fungus and diseases. If your fields are not properly pruned and allowed to ‘breeze out’, as they say, it can be bad for the cocoa. The environment is having a direct effect on our cocoa. These category five hurricanes are caused by environmental factors," he said.

Dove added that there was so much extra precipitation during the months of August to September that it has even affected local production, resulting in less cocoa produced in 2017 as compared to 2016.

Dove is committed to making the cocoa industry not just a viable product, but an industry which can help establish Trinidad and Tobago as a global competitor.

"It's also important that we export our product internationally. There are so many local artisans making chocolates but they have reached their ceiling in the local market." 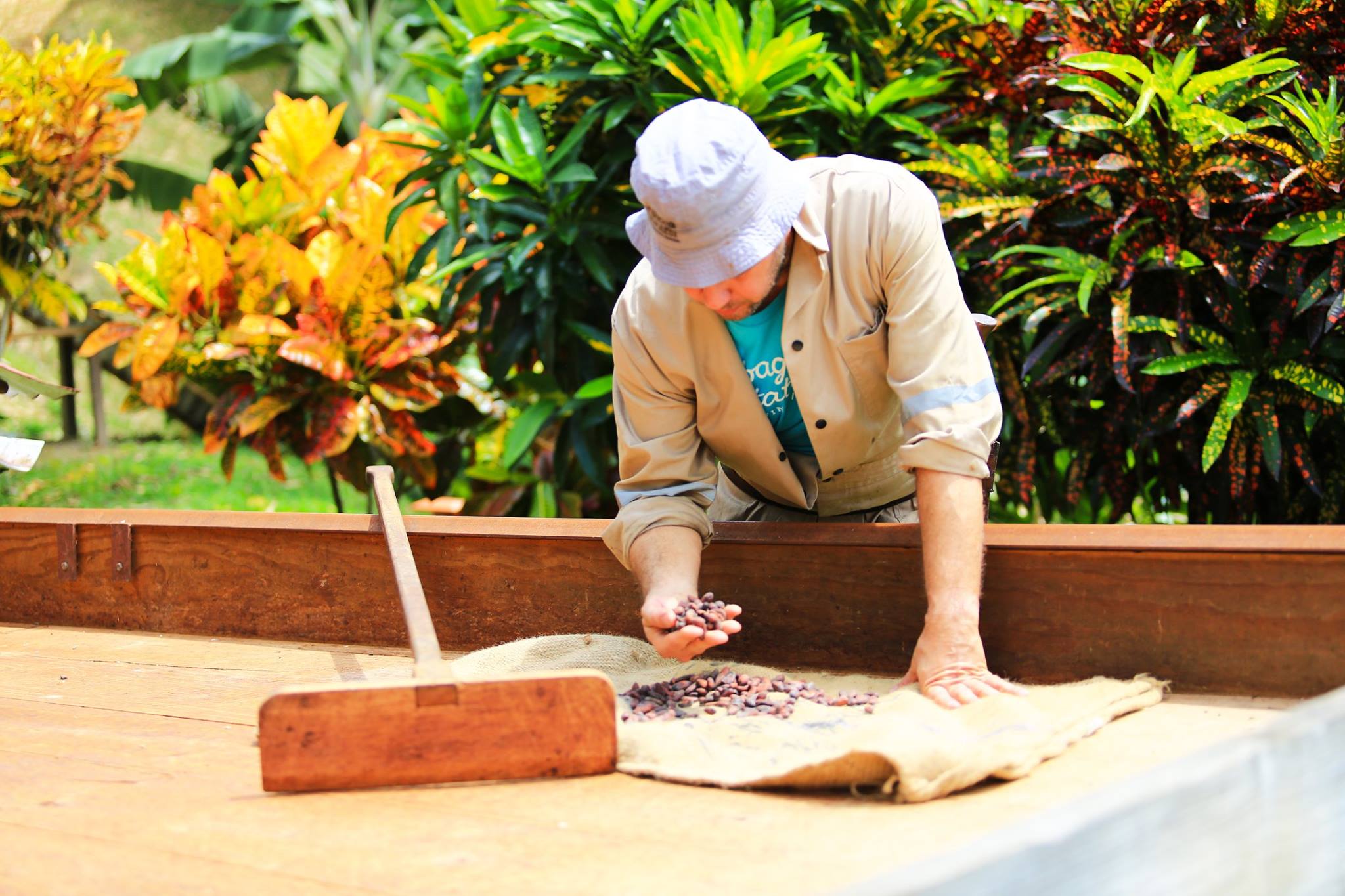 He said he is committed to showing the quality of Trinidad and Tobago's chocolate to the world.

"The uniqueness of what I do is that when I work with different artisans you create different styles and qualities, you want that variation and you want to get out there and show your brand of chocolate to the world."

He has also been working with the University of the West Indies (UWI) Cocoa Research Department, one of the best cocoa research centres in the world, to hone his products and ensure that the best quality cocoa is produced.

"My project is about marketing and reviving of the local industry, I’m looking at the value added to this product."

"I want to reinvigorate the interest in growing cocoa…at the end of the day the raw material is what we need,” he said

Dove also runs tours at the Tobago Cocoa Estate which is a huge hit with visitors.

“We do everything old-school, the estate is designed for a 45-hour tour, the tourists love it," he said.

For more information on the Tobago Cocoa Estate and the Rose Hill Estate, check them out on Facebook: https://bit.ly/2rCXapj or at www.tobagococoa.com