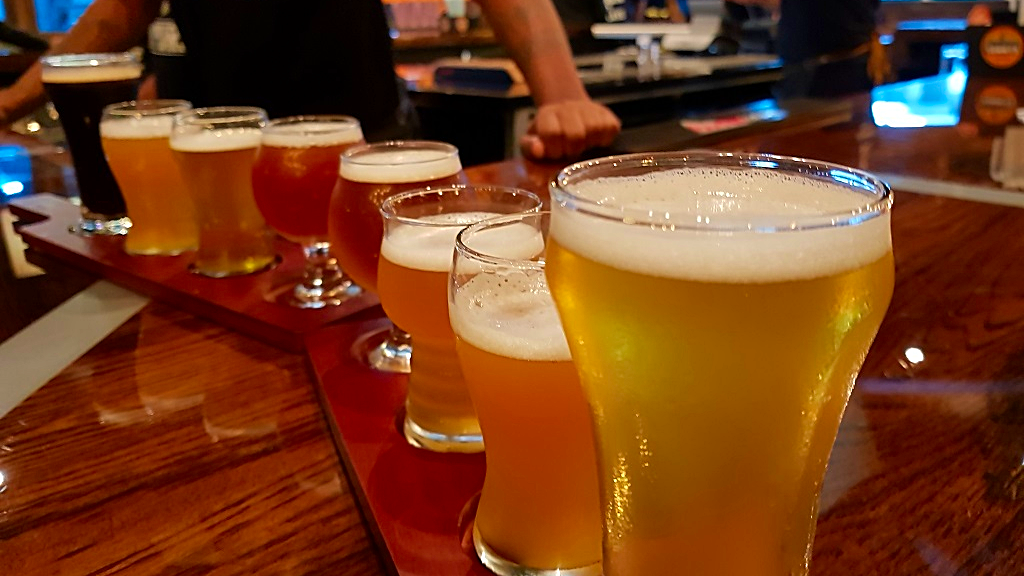 Ever tried a Steelpan Stout? How about a Shipwreck Pilsner?

Those are just some of the types of locally crafted beer on offer at Tommy's Brewing Company, which opens on July 30 at Movietowne, Port of Spain.

Speaking at a media launch on Friday, CEO John Tannous said the microbrewery has been in the works for the past two years, and finally, will be opening its doors come Monday. 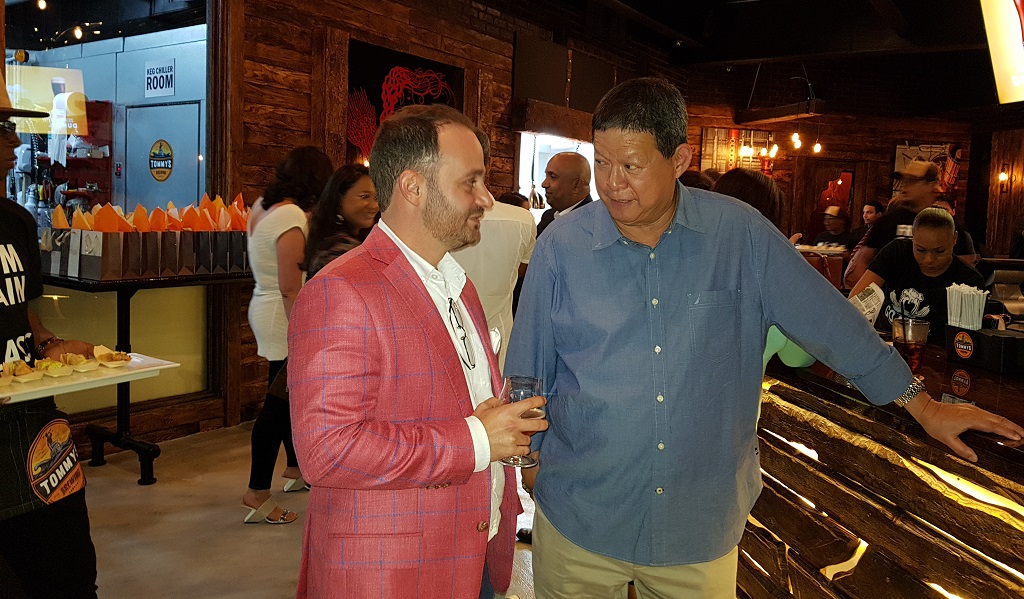 (Photo: CEO of Tommy's Brewing Company, John Tannous, chats with MovieTowne CEO Derek Chin at the press launch of the microbrewery and restaurant on July 27, 2018.)

Tannous who has been in the beer business for going on 10 years, said Tommy's will be offering a range of locally crafted beers with a distinct local twist.

"We're looking at local ingredients so we might even do a mango-inspired beer or maybe banana, or sorrel," he said.

Although the business opens Monday, Tannous said the interest from the public has been huge.

"We have been getting phenomenal feedback. So far everyone is really loving the place and most importantly they're loving the beer. It's the first microbrewery to be launched in Trinidad along with a restaurant, so it's a lot of firsts,' he said. 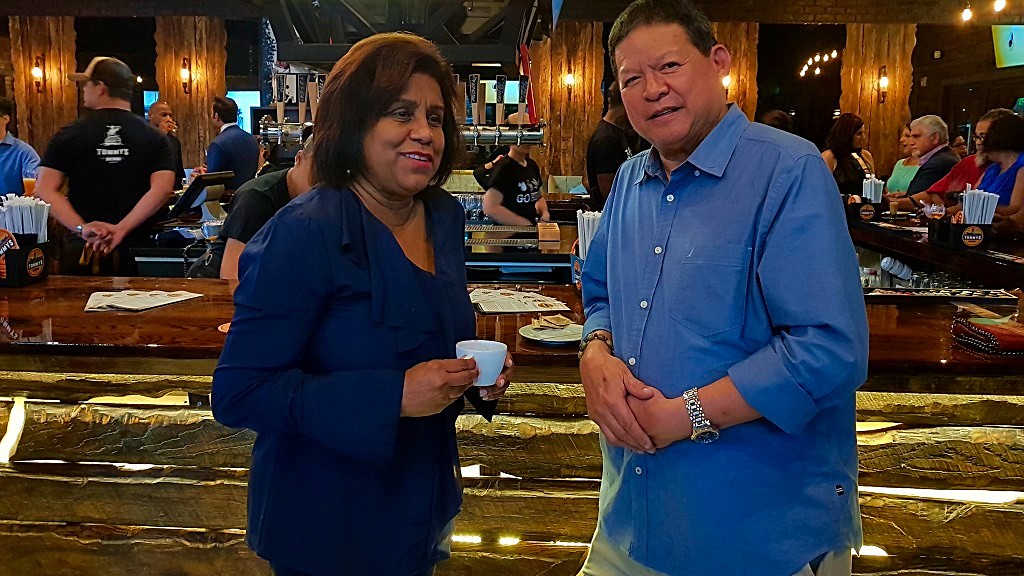 He added that the restaurant menu is specially designed to go with the beer to complete the experience.

"A lot of our meals are designed to go with the beer we have some really nice sharing plates, as well as burgers, sandwiches, even traditional shepherd's pie, everything that goes well with the craft beer," he said.

Although targeting the 'hipster' crowd, Tommy's is a family restaurant so kids will definitely find something to like as well.

"We'd like for people to come down and try it, test the beer and see how it holds up. Our ingredients are the freshest and it's the only place you're really going to find straight-from-the-tap, from grain to glass, craft beer," he said.

The small-scale brewery focuses produces a limited number of barrels per year and aims to have eight different types of craft beer on offer. 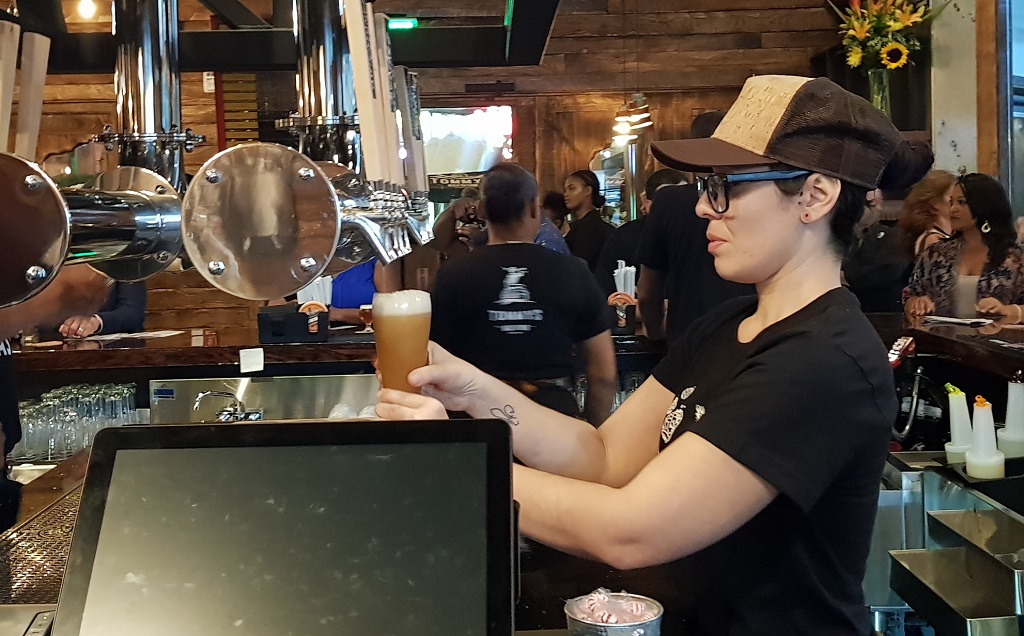 The equipment for the brewery was imported from the US and Germany in order to ensure the product is of the highest quality.

Brewmaster Satyamohan Tripathy, who has been in the business of brewing of 10 years and previously worked with international brands such as Heineken and Coors, said he's excited to bring the world of craft beer to T&T. 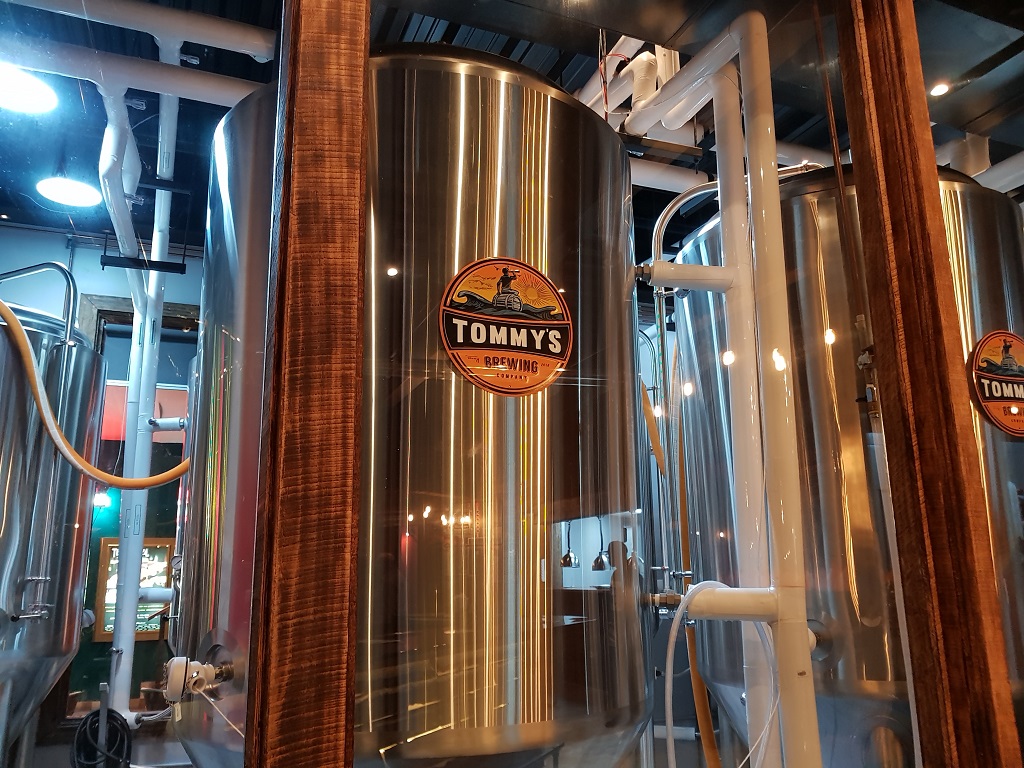 (Photo: The microbrewery is located on site at the restaurant at Movietowne, Port of Spain.)

CEO of the Trinidad and Tobago Manufacturing Association, Ramesh Ramdeen, said local manufacturers are often challenged by archaic legislation and commended the company on their achievement.

"I understand the legal challenges these guys dealt with to get to where they are, because the legislative framework is antiquated, so this is a big step for this company. I think it's a platform for much greater things and they have created a pathway for other small companies, who are interested in these things, to follow," he said.

For more information on Tommy's Brewing Company visit them on Facebook: www.facebook.com/tommysbrewingcompany