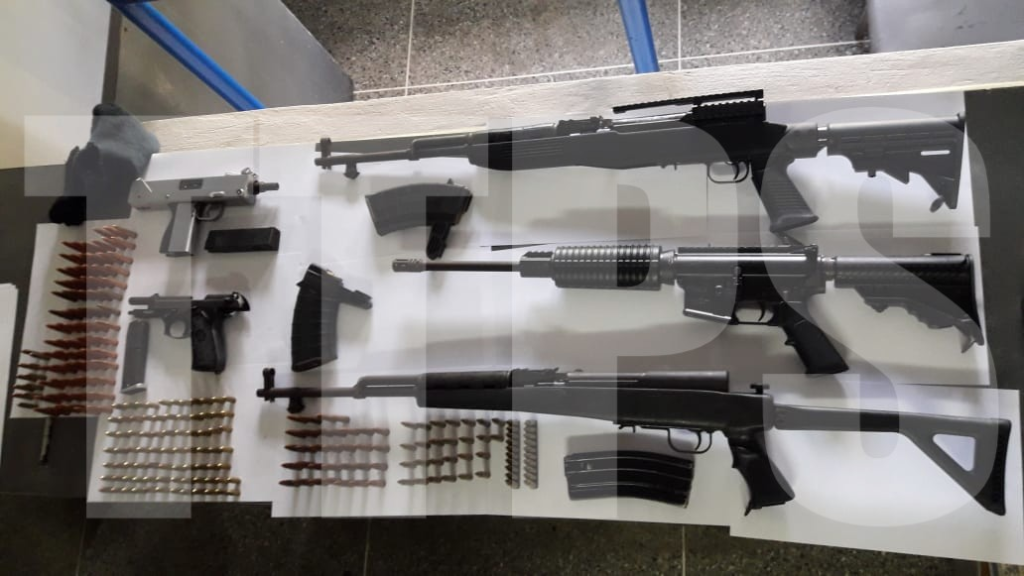 Five high-powered firearms and a cache of ammunition were discovered along the Icacos Beach by South Western Division Task Force officers on Saturday.

The TTPS said in a statement that officers were conducting a mobile patrol in the area when they saw 'six men who appeared to be foreigners', walking along the beach.

Upon seeing the police vehicle, the men ran in varying directions into a nearby mangrove. 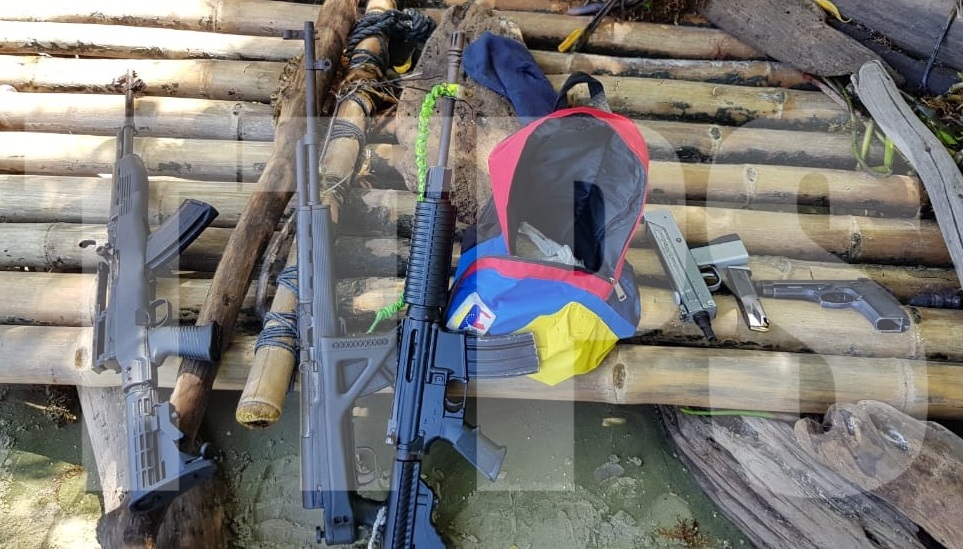 The officers immediately gave chase and carried out a search of the immediate vicinity, where they observed two AR-15 rifles, one AK-47 rifle, one TEC-9 pistol, and one 9mm pistol together with 79 rounds of 9mm ammunition, 46 rounds of 5.56mm ammunition, 110 rounds of 7.62 ammunition, and 11 rounds of .380 ammunition.