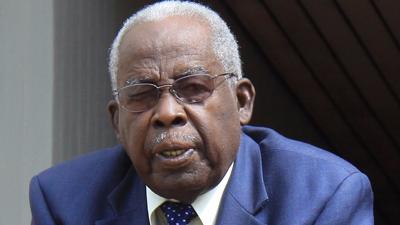 Jones is said to have passed on at the Augustus Long Hospital in Pointe-a-Pierre earlier today, after ailing for some time.

It is not clear what illness he was suffering from.

Malcolm Jones was appointed Chairman of the Board of Directors and Chief Executive Officer at Petrotrin in 2002.

After serving at the State-owned company for eight years, he tendered his resignation in 2010 in the face of allegations of misconduct.

Petrotrin, in offering condolences to Jones' family said he leaves behind a larger than life career and legacy.

Meanwhile, Energy Minister Franklin Khan said Jones was a true pioneer whose dedication and commitment to the development of the domestic energy sector was unquestionable.

Minister and OWTU to meet over Petrotrin's future