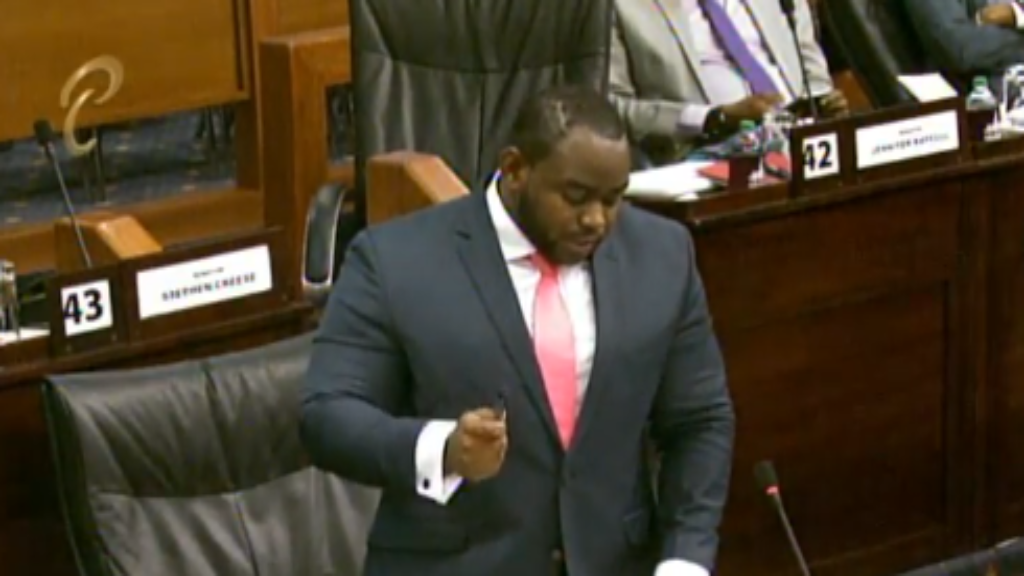 Then Temporary Senator Sean Sobers makes his contribution to the debate on The Miscellaneous Provisions (Trial By Judge Alone) Bill, 2017.

The United National Congress (UNC) has announced a replacement for Ashvani Mahabir following his resignation as a Senator.

Sobers has contributed to debates on several Bills, including, most recently, The Administration of Justice (Indictable Proceedings) (Amendment) (No. 2) Bill, 2019.

He has also contributed to:

He has served as legal counsel for a number of companies in Trinidad and Tobago and New York.

Sobers has been an active member in the party and provided legal advice and counsel at free legal clinics the party held in Siparia, Belmont, San Juan and Tunapuna.

The Opposition leader will advise the President to appoint Sobers as an Opposition Senator.

Senator not responsible for UNC 'leaks'