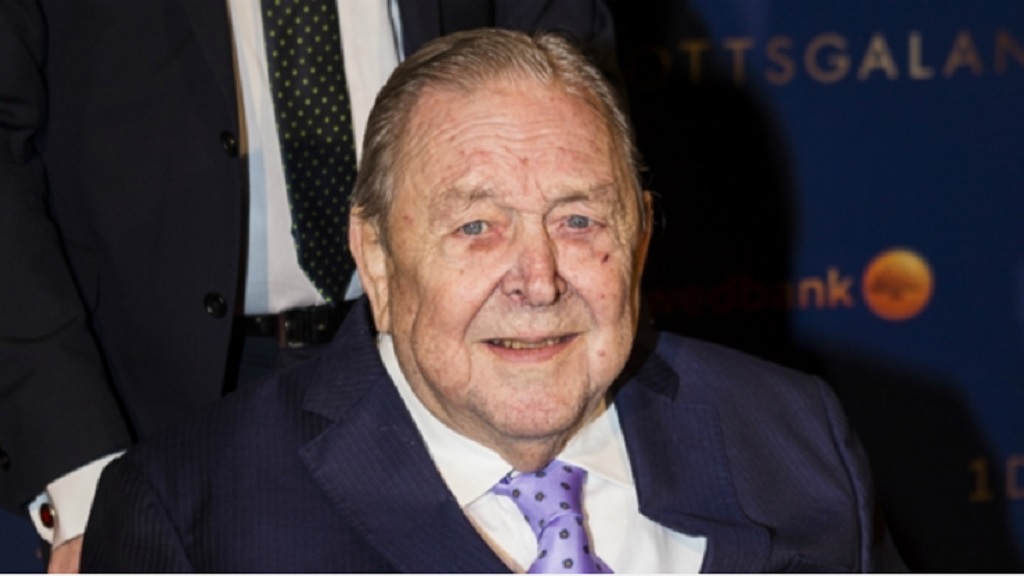 The Swedish Football Association, for whom Johansson worked as president between 1984 and 1991, confirmed the news in a statement on Wednesday.

Johansson held UEFA's top office for 17 years and oversaw the introduction of the Champions League in 1992, replacing the old European Cup.

He left the association in 2007 and was named honorary president by successor Michel Platini.

"UEFA and European football are deeply saddened by the passing of Lennart Johansson, and I would like to express my sincerest condolences to his family and loved ones, as well as to the Swedish Football Association, on their loss," Ceferin said.

"He was a devoted lover and servant of football, who put his passion at the heart of his life.

"He will always be remembered as a visionary leader, and as the architect of the UEFA Champions League, and world football will be always be grateful to him for all he has achieved for the beautiful game."

A moment of silence will be observed prior to all UEFA matches this week, including the Nations League Finals fixtures in Portugal.

FIFA president Gianni Infantino said: "I am heartbroken by the news of the passing away of Lennart Johansson.

"He was a friend and an invaluable source of wisdom and inspiration. I will be forever grateful for having had him as the president of UEFA when I joined the organisation in 2000.

"Since then, Lennart has always been a role model of professionalism and, more importantly, of humanity."