Stealing from the dead: Former UTC employees among 7 charged for fraud 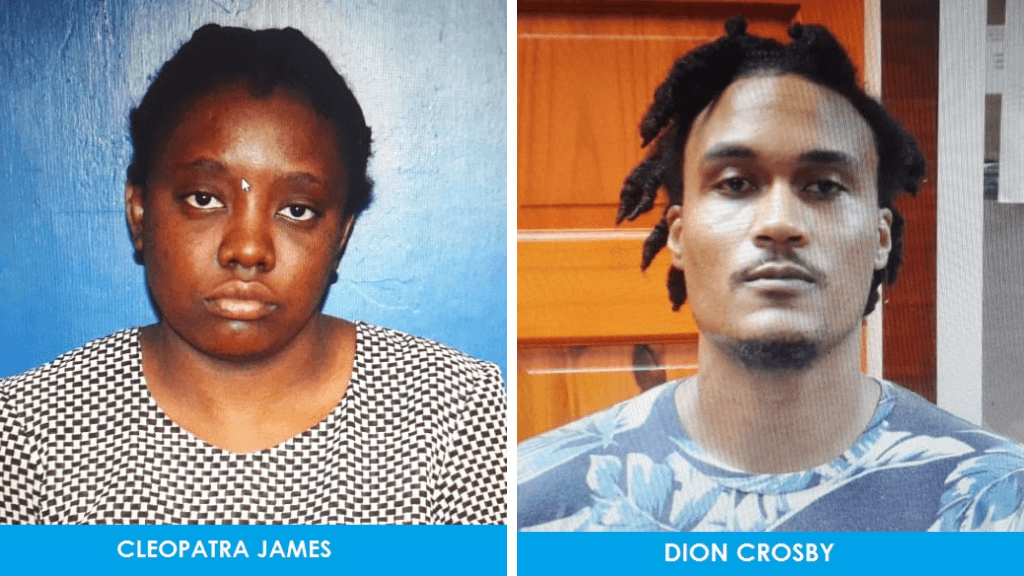 Former Unit Trust Corporation (UTC) employees Cleopatra James (left) and Dion Crosby (right) were held in Crown Point on their way to the airport with plane tickets to Amsterdam, Netherlands.

Two former Unit Trust Corporation (UTC) employees are among seven people charged with conspiracy to defraud the bank of $400,000, between the period February 12, 2019 and April 12, 2019.

Cleopatra James, 25, of Scarborough and Dion Crosby, 25, of Lambeau, appeared before Scarborough Magistrate Indrani Cedeno along with three others from Tobago.

The accused were remanded into custody pending tracing and will reappear in court on Friday.

Police say that the five accused visited UTC, Main Street, Scarborough, during the period February 12, 2019 and April 12, 2019, where they produced as good and valid order of payment, eight UTC cheques totalling $400,000.

The funds were to be drawn from the account of John Mills, a resident of Tobago, who was murdered along with his wife in May 2019. UTC employees later discovered that the five were not entitled to the funds.

The Fraud Squad was alerted and officers began investigations into the matter.

On July 12 Davis and James were held in Crown Point on their way to the airport with plane tickets to Amsterdam, Netherlands.

The other three accused were also subsequently arrested and charged by Cpl (Ag.) Hosein, on July 17, following advice received from Director of Public Prosecutions, Roger Gaspard SC, on Tuesday.

Two other persons were also previously charged in connection with attempts to withdraw money from Mills’ UTC account.

On July 10, 2019, Jerome Hernandez, 24, a clerk, of Carnbee Trace, Tobago and Ashanna Pritchard, 24, of Mango Alley Trace, Laventille, appeared before a Port of Spain Magistrate charged with attempting to obtain $205,380 by false pretenses.

PM on Tobago couple's murder: Someone knows what happened