Former WASA executive and contractor appear in court over fraud 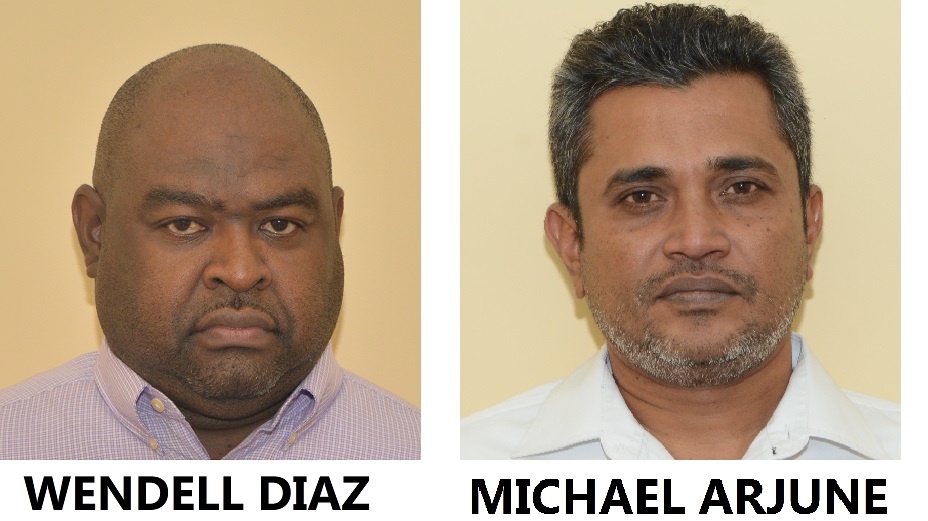 A former WASA executive and a director of a contracting company have been charged with corruption involving the sum of TT$30,000.

The charges were laid after extensive investigations carried out by the Anti-Corruption Investigations Bureau (ACIB) following an alleged incident which occurred on December 13, 2013, involving then Head of Procurement at WASA, Wendell Diaz, and Michael Arjune, a director of Kall Co Ltd.

Both men were granted $250,000 bail each and ordered to report thrice weekly to the Maloney and Maraval Police Stations respectively.

They were further ordered to surrender their passports to a Clerk of the Peace.

According to police, Arjune is alleged to have had a gift bag containing a bottle of alcohol and TT$30,000 cash delivered to Diaz on December 13, 2013, as a reward for influencing the award of WASA contracts to Kall Co Ltd.

An investigation was subsequently launched under the supervision of acting Snr Supt William Nurse, Head of the Bureau.

Arjune and Diaz were arrested on July 11, 2018, and were later charged with corruptly giving TT$30,000 to an agent of the state and corruptly accepting TT$30,000 respectively, by WPC Patrice Loney-Phillip of the ACIB following advice from the acting Director of Public Prosecutions, Joan Honore-Paul, on July 13.

Man held with ammo in pocket in Cocorite