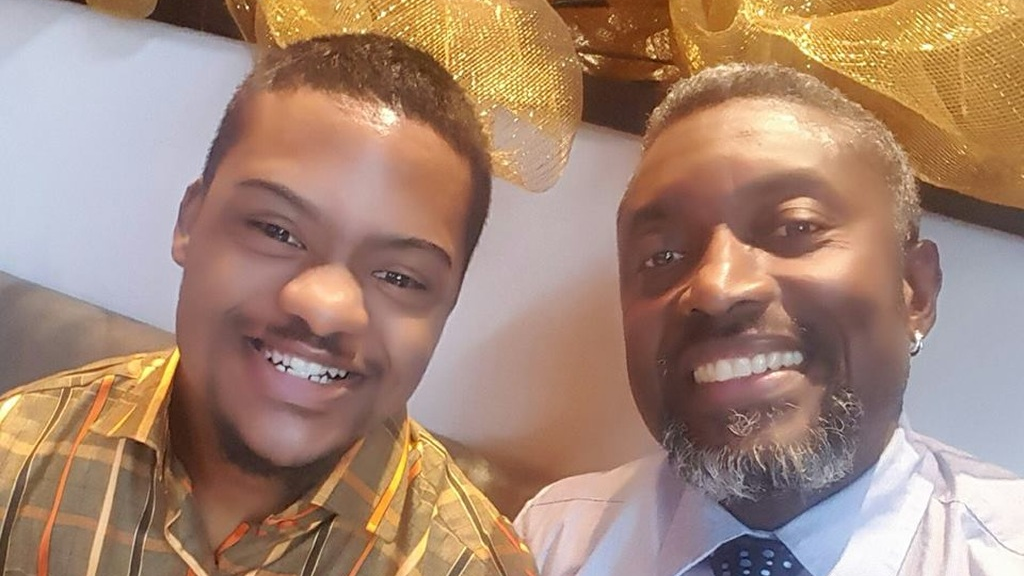 Glen Niles, founder of the Down Syndrome Family Network with his son Tyrese who inspired the organisation.

Fitzherbert Glen Niles, the founder of the Down Syndrome Family Network, has been recognised as the 69th Commonwealth Point of Light in for his service to people with Down Syndrome.

A release from the British High Commission said Queen Elizabeth II has recognised Niles among other 53 inspirational people across the Commonwealth.

Niles, said the release, is drawing on his own experience as a father of a child with Down Syndrome to transform the support available for other families.

Father of a son who was born with Down Syndrome, Niles felt isolated and taken aback by most people’s lack of knowledge about the condition. He created the ‘Down Syndrome Family Network’ to advocate for the value, acceptance and inclusion of people with Down Syndrome, and equip families with the access to resources, support and information they needed to help their children to live full and active lives.

In six years he has grown the project into a flourishing network, with free quarterly workshops and skills training sessions, including occupational and speech therapy. Every year, Niles hosts an annual conference to coincide with the UN’s World Down’s Syndrome Day, inviting international speakers and government representatives to discuss inclusion and human rights, and providing a forum for parents to meet, share experiences and support each other.

As part of the legacy of the Commonwealth Heads of Government Meeting in London 2018, the Queen - as Head of the Commonwealth - is thanking inspirational volunteers across the 53 Commonwealth nations for the difference they are making in their communities and beyond, by recognising one volunteer from each Commonwealth country each week in the two years following the summit.

By sharing these stories of service, the Commonwealth Points of Light awards celebrate inspirational acts of volunteering across the Commonwealth and help inspire others to make their own contribution to tackling some of the greatest social challenges of our time.

Each Commonwealth Point of Light will receive a personalised certificate signed by Her Majesty The Queen as Head of the Commonwealth. The award for Niles will be presented on Saturday, September 15 from 2:30 pm at the Down Syndrome Family Network Family Workshop by British High Commissioner, Tim Stew MBE. The presentation will take place at the University of Trinidad and Tobago, Valsayn Campus.

In acknowledging the honour, Niles said: “I am honoured to receive this award in recognition of my work as Chairman and Founder of the Down Syndrome Family Network. We advocate for the human rights of persons with Down Syndrome and other disabilities, not expecting any awards, but to bring about change in how society perceives persons with intellectual and other disabilities. I thank Her Majesty and the British High Commission in Trinidad and Tobago for recognising our efforts and I further commit to working towards an inclusive society. Opportunities truly reveal potential.”

“Since he launched the Down Syndrome Families Network six years ago, Glen has created a world of new possibilities for people with Down Syndrome in Trinidad and Tobago.  His investment in promoting their rights in Trinidad and Tobago has supported a welcome message of equality which I hope this Points of Light Award will help him spread further.  There are many people who will be very proud of Glen and pleased to see him recognised through this award.  I wish him all strength as he continues his good work.”

5 things you may not know about Down Syndrome