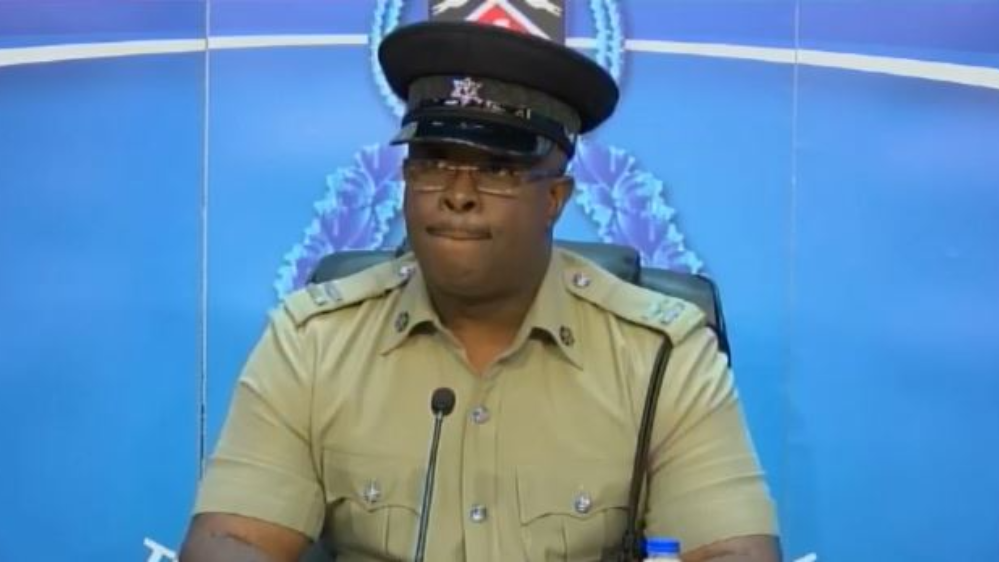 The Police Service has confirmed that four people have been held for questioning in relation to a threat to Carnival 2018 celebrations.

This was announced during an emergency media conference at the TTPS Public Administration Building earlier today, by acting Assistant Superintendent of the Corporate Communications Unit and TTPS PRO, Michael Jackman.

ASP Jackman, though vague with the information presented, said the TTPS unearthed credible information of a threat to disrupt Carnival activities.

He said the threat was of a criminal nature and as such, several persons of interest were detained and are being interviewed.

The TTPS PRO said active operations are continuing in relation to the threat and added that the safety of the public is of paramount importance during this time.

In light of these developments, members of the public are urged to exercise extreme caution and report suspicious activities.

"The public, as usual, should remain vigilant, alert of their surroundings and if they should see anything that appears suspicious they should do as they have done in the past and report it to members of the TTPS."

"We advise persons of course in relation to the safety tips that we have disclosed through the various platforms in media, to be cautious during the carnival season and we maintain that."

After presenting the facts surrounding the threat to Carnival activities, ASP Jackman was probed by members of the media as to the type of "threat" that was neutralized.

However, the TTPS PRO skirted around the issue.

TV6 Senior Investigative Journalist Mark Bassant asked ASP Jackman a series of questions pertaining to the threat as he said he had information that it was a planned attack against the US Embassy on either Carnival Monday or Tuesday.

ASP Jackman in response said, “What I can say at this time is that four persons are presently detained and are being interviewed by members of the Trinidad and Tobago Police Service.”

Asked the names of those arrested, ASP Jackman said he could not say.

He also responded to questions about who carried out the operation.

"As I said before, the information received going into the investigative process and the intelligence gathering activities that the TTPS had taking part in, revealed that it was a plan to disrupt the Carnival activities. We also have our intelligence agencies. They were active, they were vigilant and the discovery was made and the said reaction taken."

Asked by a persistent journalist on whether it was a terror threat, ASP Jackman said, “I will take one more question from someone else."

Two held over weed in car