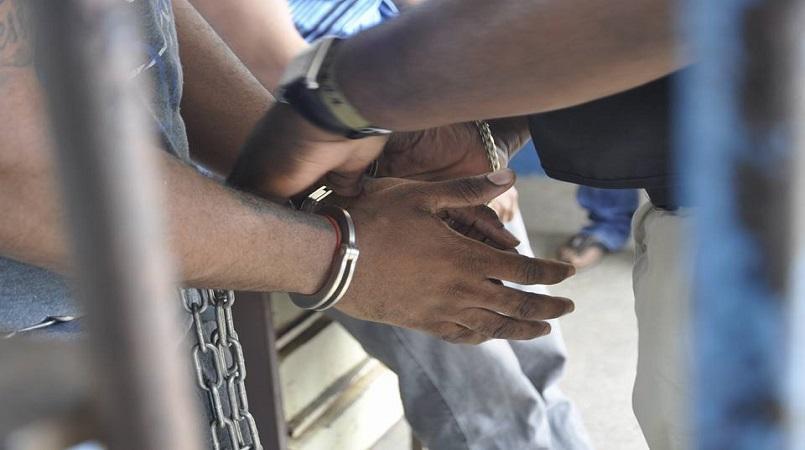 Four people have been arrested by officers of the Couva Criminal Investigations Department (CID) in connection with the robbery of a boat engine and destruction of property which occurred on April 29.

The four men, all of Orange Valley, Couva, were arrested on the same day following investigations into a report of the destruction of a boat and the theft of the engine.

A 54-year-old watchman was on duty at the Orange Valley jetty aboard a 27 feet long boat around 11:30 pm, when he heard a noise and noticed two men he knew detaching the boat’s Yamaha 75 engine.

The watchman raised an alarm and was accosted by the men.

He was bound with ropes and locked in the boat’s storage area.

The man managed to escape and went directly to the boat owner’s residence to explain what happened.

The owner along with the watchman returned to the scene shortly after and noticed that the boat and 700 feet of fishing net were engulfed in flames.

Couva CID officers conducted enquiries in the Claxton Bay and Orange Valley areas where they recovered the stolen engine and arrested the four suspects.

Soldier in custody for assault, arson