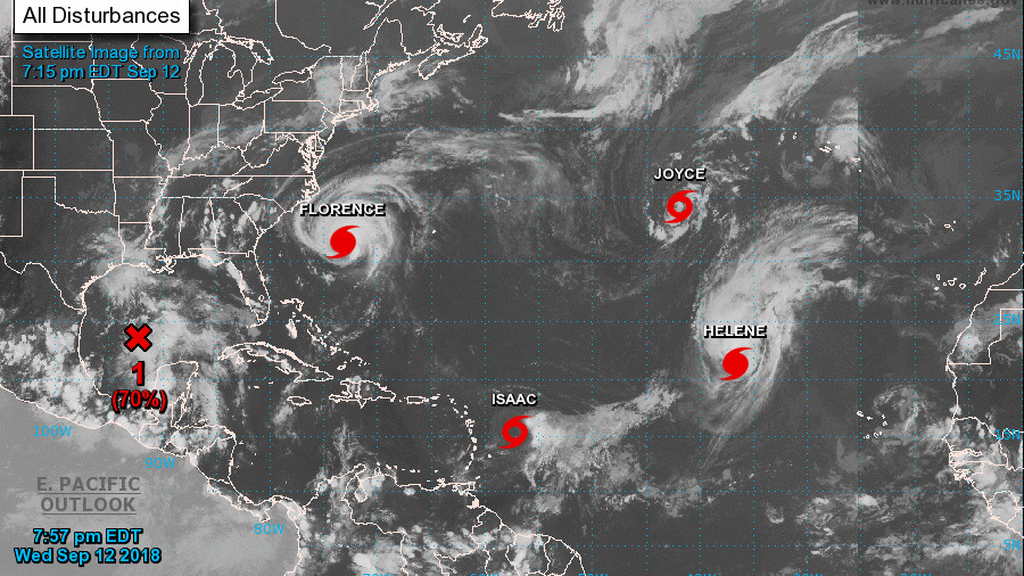 There are now four storms swirling in the Atlantic Ocean with the formation of Tropical Storm Joyce.

"A broad area of low pressure is located over the central Gulf of Mexico. Although the shower activity is still disorganised, upper-level winds are forecast to become more conducive for development, and it is likely that a tropical depression will form Thursday or Thursday night, before the system reaches the western Gulf coast. Regardless of development, heavy rainfall and gusty winds are expected across portions of northeastern Mexico, Texas, and Louisiana late this week. Interests there should monitor the progress of this system, and refer to products from their local weather office," the NHC warned.

The NHC said an area of low pressure is expected to develop near Bermuda late this weekend or early next week and gradual development is possible after that time while the system drifts westward over the western Atlantic.

Meteorologists say there haven't been four named storms simultaneously spinning in the Atlantic Basin since 2008.

'Not a pretty sight': Hurricane Florence has experts worried