Four Venezuelans among seven held for possession of gun, ammo 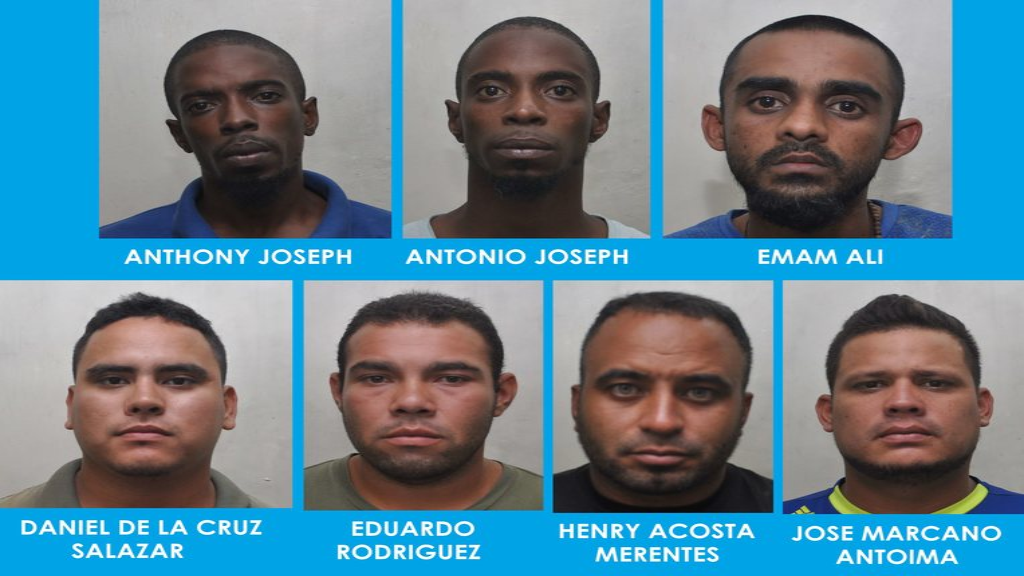 Three local men and four Venezuelan nationals, three of whom are in this country illegally, are due to appear before a Siparia Magistrate today, jointly charged with possession of firearm and ammunition.

Emam Ali, 29, a labourer, Anthony Joseph, 27, a vendor, his brother Antonio Joseph, 25, all of Diego Martin, Jose Angel Marcano Antoima, 29, Eduardo Rafael Hernandez, 27, Daniel De La Cruz Salazar Rodriguez, 23, and Henry Rafael Acosta Merentes, 30, all of Venezuela, were arrested by officers attached to the Santa Flora Police Station, during an anti-crime exercise conducted in the district around 7:45 am, on Thursday.

The officers stopped and searched a black Tiida with seven male occupants near the Palo Seco market.

A revolver loaded with six rounds of .38mm ammunition was discovered on the driver’s seat of the vehicle.

A box containing 25 rounds of 12-gauge cartridges and two extended magazines were also found in the vehicle.

Charges were laid by PC Richard Samlal, of the Santa Flora Police Station.

Man gunned down near Tunapuna market